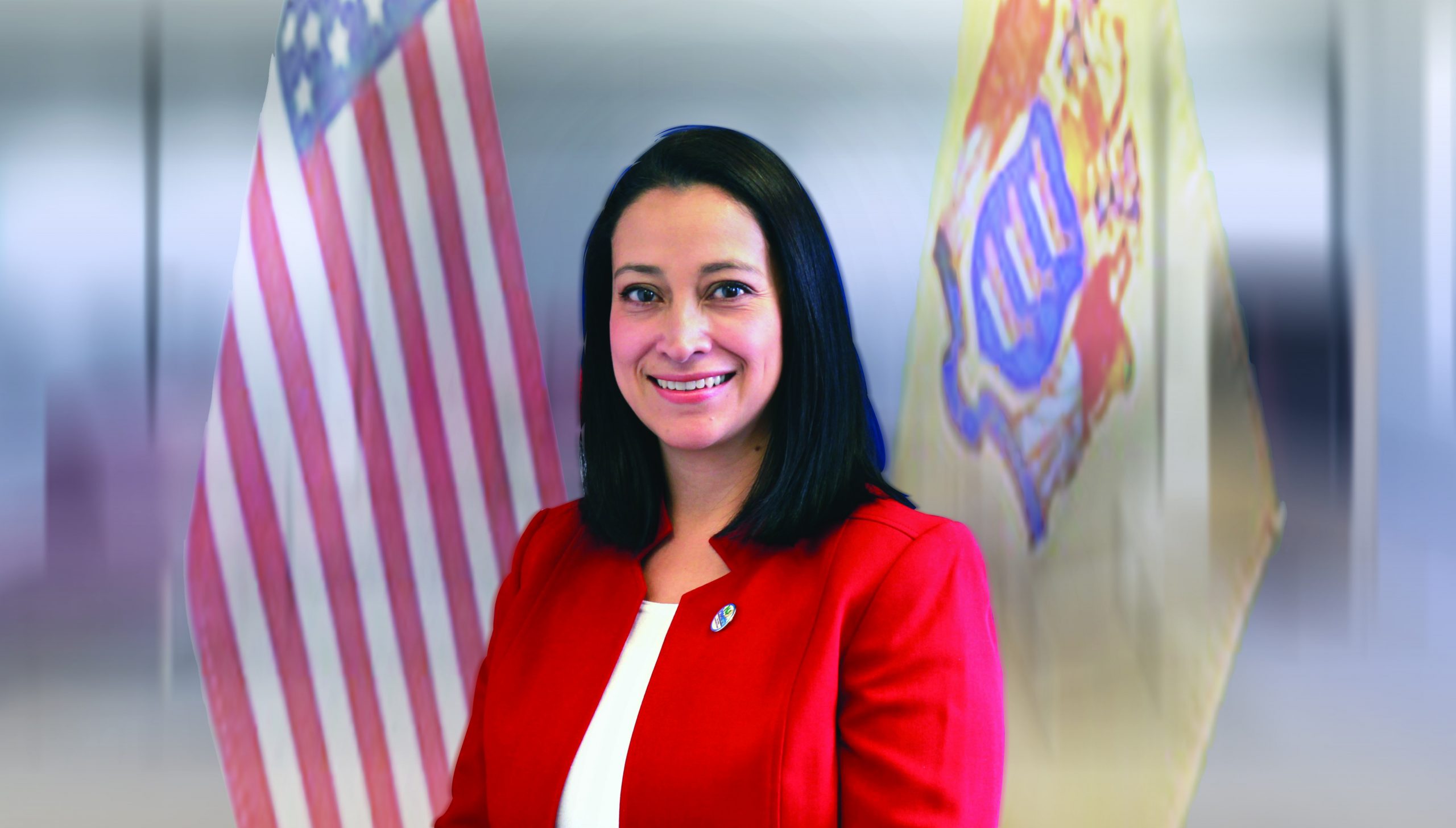 Andrea Martinez-Mejia, M.A./M.P.A. ’08 originally aspired to work in international diplomacy. Luckily for the residents of New Jersey, she is just as intrigued by the diplomacy required in state government. Today, she is the chief of staff for the New Jersey Department of Health, overseeing the department’s day-to-day operations.

“I love the ability to make an impact in the lives of others, and I am honored to be able to be at the table, making decisions and bringing problems in vulnerable communities to light,” Martinez-Mejia says. “I also am lucky for the ability to work with great, multi-talented individuals from other backgrounds.”

In a department that employs 6,800 people, Martinez-Mejia has direct oversight of its management and operations, personnel, information technology and equal opportunity. The job requires long hours, many of which are spent bringing key stakeholders together to discuss major healthcare issues, such as concern about the coronavirus outbreak.

It’s a position that draws on the lessons she learned at Seton Hall in earning a master’s degree in both diplomacy and public administration (with a concentration in healthcare management), while also working full-time.

“I use a lot of the knowledge and theories from my graduate program on the job, and the practical knowledge my classmates and I shared has also been very helpful,” she says. She also points to the compassion and empathy emphasized by a Catholic education as being important in the work being done by the Department of Health.

Martinez-Mejia’s interest in politics and diplomacy was sparked at a young age.

“During my early teen years in Ecuador, my imagination was captured by a foreign mission between Ecuador and Colombia,” she says. “Colombia had a woman as secretary of state, but there were no women in the Ecuadorean delegation.”

After her family immigrated to New Jersey in 1994, she earned a political science degree from Rutgers University, took a job with the gubernatorial campaign of James McGreevey and subsequently began working for the state government. She eventually became director of the office of appointments for the governor’s office, using her diplomatic and political skills in working with three successive administrations. She requested a transfer to the Department of Health after earning her graduate degrees, then made a brief sojourn into the not-for-profit sector. But public service — and public health — drew her back; in 2015, Martinez-Mejia returned to Trenton to work for the city’s health department. In 2018, she began her current role with the state, where she thrives today.

“I love the ability to make a difference in the lives of others,” she says.