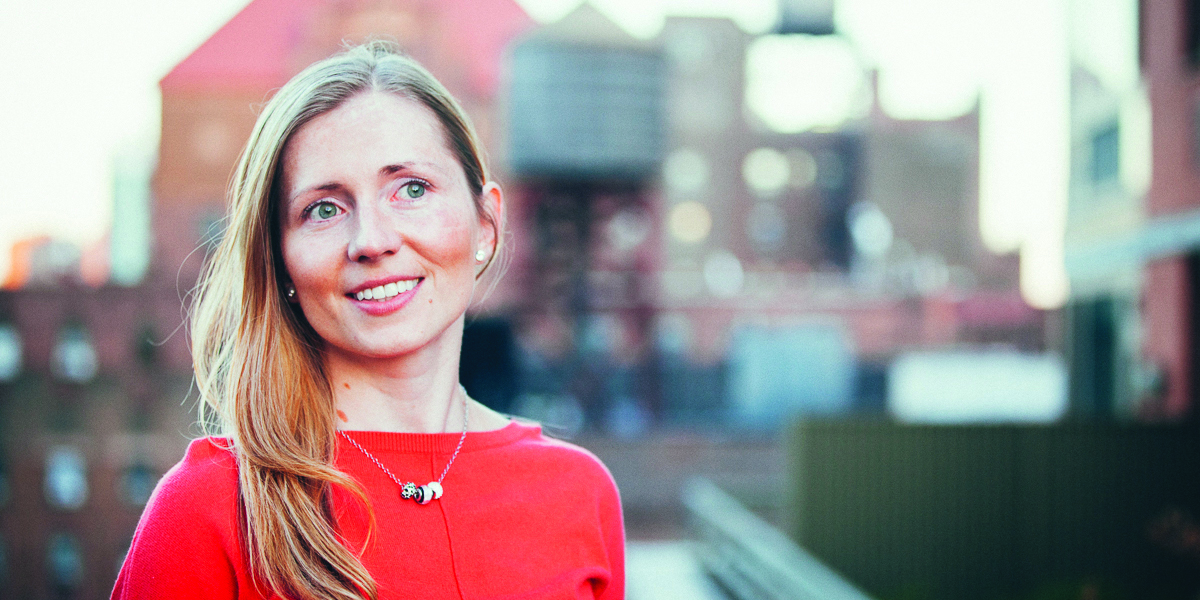 Barbara Mucha ’05 is a standout computer programmer in a field dominated by men — so much so that RecruitLoop.com named her one of the top 10 female full-stack developers in New York City. (Full-stack developers are those who can work with both front-end and back-end technology.)

“People associate computer science with computer games,” Mucha says. “I think there’s a great disconnect between what people think a computer scientist does and what we actually do.”

After graduating from Seton Hall and earning a master’s from SUNY Stony Brook, she worked at Anheuser-Busch to develop software that automates the brewing process, allowing for greater consistency. She went on to Goldman Sachs, where she developed trading software that managed millions of dollars of transactions each day. Then she worked to develop and manage customer relationship management software at Starwood Hotels and Resorts.

Throughout her career, one thing has remained consistent: Women have been vastly under- represented in programming. “Some companies are better than others, maybe 35 to 40 percent female,” she says. “But I’ve never heard of a 50/50 office.”

Mucha believes early exposure to computer science in fifth or sixth grade would help girls discover interest and talent for programming. Role models, too, can make a difference. “Having successful women in the field to look up to can help a lot,” she says.

On the last point, Mucha has already done her part.