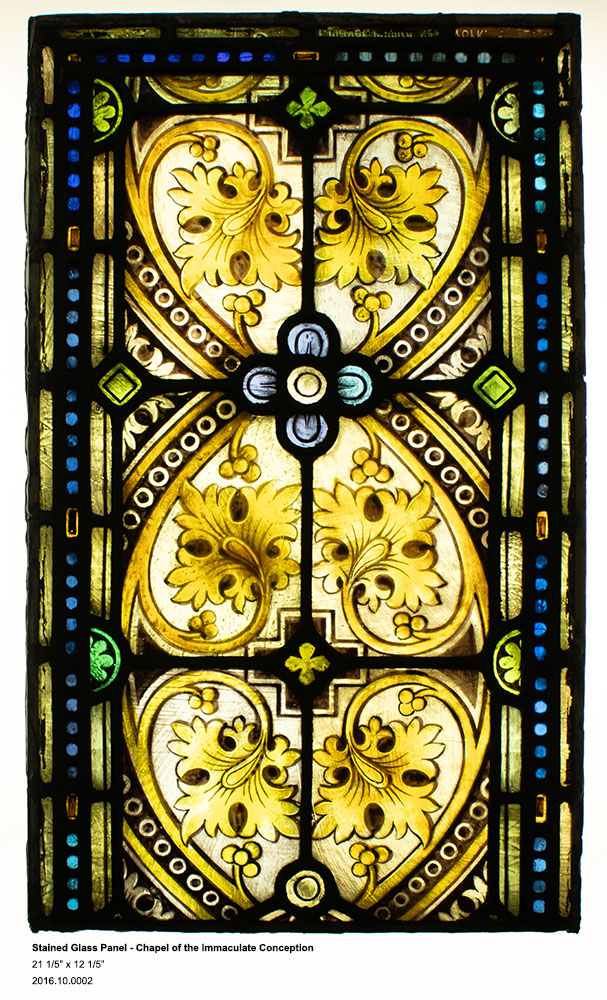 This stained glass window from the Chapel of the Immaculate Conception at Seton Hall University was one of six panels which were installed in 1903 when the main entrance was added to the building.  Previously there was a side entrance, which was customary at the time, and prevented wind gusts from traveling the length of the chapel in inclement weather. When building the shrine to Mother Seton around the time of her canonization in 1975, these stained glass panels were removed and replaced with the present windows showing the shields of the various orders of nuns that go back to Mother Seton. 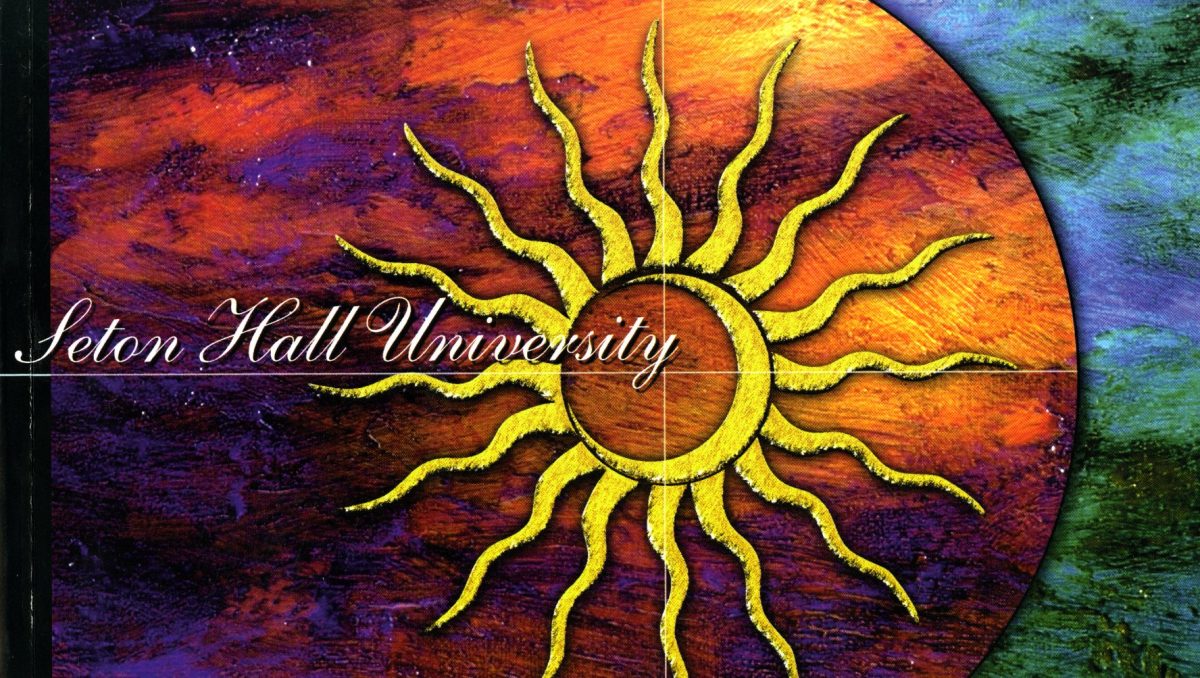 On most college and university campuses, the voluntary option of attending Summer School between the end of any Spring semester and the beginning of a Fall term is a concept that is commonplace today.  This has traditionally been a time when students could undertake selective coursework in order to repeat classes for added intellectual reinforcement, quicken the pace of their respective graduation timetable, or even for self-knowledge and continuing education purposes.  Seton Hall has systematically followed this trend of student support through most of the twentieth century into the present day.

Historically, the typical Academic Year for a Setonia student during the nineteenth century entailed a regimented ten-month academic experience along with their proscribed vacation time to help rejuvenate themselves in time for an Autumn opening.  General catalog(ue)s of the 1860s-90s highlighted this required modus operandi in the following manner:

“The Academic year, which consists of two terms of five months each, begins on the first Wednesday of September and ends on the third Wednesday of June.  At Christmas there is a vacation of twelve days; and in May students are permitted to be absent for a day or two, to procure Summer clothing.  At no other time are they allowed to leave the College, except for reasons of great importance . . . General examinations are held at the end of each term.”

Over subsequent decades, the number of months that a student at Seton Hall were required to stay on campus had been reduced with final examinations taking place in late or early May with commencement exercises taking place shortly thereafter.  This left around three and a half months worth of vacation time as the twentieth century moved forward.  As enrollment multiplied along with an increased number of course offerings especially when the Urban Division of Seton Hall (Newark and Jersey City) was created in 1937 became a catalyst to encourage co-educational study.  This also led to an opportunity for all students (both Men and Women) to freely attend classes at the South Orange campus.  However, Women could not fully avail themselves of course enrollment at any time during any formal Academic Year until 1968. 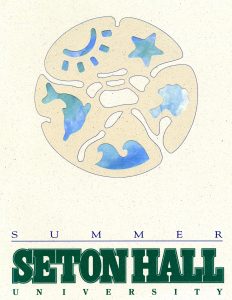 From the 1930s forward, especially after World War II a full calendar of Summer-based course offerings were planned and scheduled on an annual basis and representing every individual College, School, and Department on campus along with offerings from the School of Continuing Education and Internet-based learning communities as well.  The evolution of Summer School has undergone various developments over the years and continues onward as the popularity of this program had endured.  The time usually spent taking any course outside of the traditional Academic Year period is usually accelerated and completed within a matter of a week or two on average, but no matter how long, participation was a valuable experience for many individuals as we move forward into the twenty-first century.

For more information on the history of Summer School and other aspects of University History we are glad to assist you.  Inquires can be sent via the following e-mail address: Archives@shu.edu