Zaev’s party, the Social Democratic Union (SDSM), lost a whopping 41 out of the 80 municipalities of the Balkan country, while the rival Internal Macedonian Revolutionary Organization – Democratic Party for Macedonian National Unity, or the VMRO-DPMNE, gained forty two cities, a drastic leap from the five they earned in the country’s 2017 local elections. This performance was the worst by a ruling party since North Macedonia gained independence from Yugoslavia in 1991.

Among the SDSM’s losses was the capital city Skopje, which the party lost to independent candidate Danela Arsovska, who garnered 54.7 percent of the vote. SDSM incumbent Petre Šilegov won 41.3% according to The National Elections Office.

The Associated Press continues that Prime Minister Zaev has submitted his resignation letter, but according to North Macedonia’s constitution, it has to be accepted by Parliament, which is controlled by his coalition of 62 representatives in a 120-seat assembly.

Among the accomplishments of the outgoing administration is the Treaty of Prespa, the resolution of a conflict over the country’s name between the then-Former Yugoslav Republic of Macedonia and neighboring Greece, which previously refused to ratify North Macedonia’s accession to NATO or the EU. BBC News reports that the 2018 agreement passed via referendum in both countries, yet a number of Greek voters weren’t satisfied.

Among the many changes brought by the agreement was the de-glorification of Alexander the Great, who many right-wing nationalists in the country regarded as a symbol of the nation’s past. These measures included renaming Skopje’s Alexander the Great International Airport and the Philip II National Stadium, which was named after Alexander’s father. North Macedonia and Greece have been disputing this issue since Macedonia’s independence in 1991.

With North Macedonia vying to join the European Union and Greece removing its opposition, talks to begin the process of the country’s entry started last March. However, Bulgaria has signaled its opposition over what the government calls “anti-Bulgarian sentiment,” according to Balkan Insight. Sofia claims the SDSM-led government has been demonizing Bulgaria, going as far as to call Bulgarians “oppressed Macedonians” due to the two countries’ cultural and linguistic links as South Slavic nations.

These complaints revolve mostly about the history of the two nations during World War II, as Bulgaria fought alongside the Axis while the Macedonians were part of the nascent Socialist Yugoslav Partizans led by Jozif Broz Tito. The VMRO-DPNME, itself a descendant of an Axis resistance movement that Bulgaria claims as its own, runs on a platform of opposition to joining the EU, says Western European Balkans.

Zoran Zaev first came to power in 2017 when he uncovered scandals relating to links between police brutality and then-Prime Minister Nikola Gruevski, reports Reuters. The government of the time claimed that Zaev led a conspiracy to overthrow Gruevski, which sparked protests that left at least 19 injured, according to AFP. Among the clashes were confrontations between Macedonian and Albanian nationalists, which hearkened back to conflict over Northwestern Macedonia in 2001. 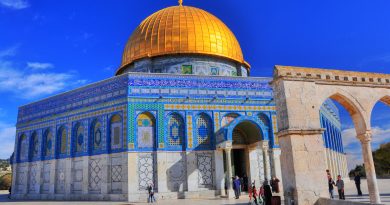