The Russian Defense Ministry has announced the withdrawal of its troops from the Ukrainian border following a massive military buildup last week. According to Euronews, Moscow called for all troops to return to their permanent bases, signaling the potential end to a massive escalation of tensions with the West.

In recent weeks, Russia amassed nearly 100,000 troops near the Donbass region of Ukraine, along with heavy military equipment such as tanks, artillery, and navy ships. Although Moscow described its actions as an exercise of military procedures, the West saw the move as a way for Russia to flex its military muscle. According to NBC News, Russian Defense Minister Sergei Shoigu stated that he believes “the objectives of the surprise check have been fully achieved” in that “the troops demonstrated the ability to ensure the reliable defense of the country.”

The buildup of forces caused a great deal of concern among Ukraine’s Western and NATO allies. To the West, it seemed as if Russia was preparing for a full-scale invasion of eastern Ukraine, something the world witnessed on a much smaller scale in 2014 with Russia’s illegal annexation of Crimea.

In addition to the occupation of Crimea, Russia also began supporting separatists in the Donbass region of eastern Ukraine. According to France24, while the conflict has been ongoing since 2014 and has cost more than 14,000 lives, there are significant regional implications of the Russian buildup. These include increasing distrust and tensions between two sides, who are already engaged in a bloody and violent war on their borders.

These aggressive actions were a warning to the West not to test the limits of Russian patience when it comes to what it considers the “near abroad.” Voa News reports that in his annual State of the Nation address, Russian President Vladimir Putin warned foreign adversaries from crossing what he called the “red line with Russia.” This tough talk from Moscow follows both international backlash against their provocations in eastern Europe and heavy sanctions imposed against many Russian assets by the United States.

The U.S. recently imposed these diplomatic and economic sanctions as a counter to numerous recent acts of Russian aggression, including election interference, cyberattacks against government infrastructure, and the prolonged detention of Russian opposition leader, Alexei Navalny. According to BBC News, the recent buildup of forces along the Ukrainian border was a signal to Western nations that the Russian military is a force to be reckoned with, should they see their strategic interests endangered. Given Ukraine’s desire to join NATO, this act of Russian aggression carries significant weight. As Voa News explains, Moscow’s message to the West seems to be clear: do not test our resolve or cross the red line.

While the withdrawal is a move that the Ukrainian President Volodymyr Zelensky has welcomed as one that “proportionally reduces tension,” the threat to Ukrainian security still lingers. The Atlantic Council explains that although Ukraine had the rhetorical and political support of many partners, the country is still seemingly alone in a military conflict should Russia seek to expand its boundaries further west. NATO may find it against their strategic interests to be involved in a physical conflict against an adversary and nuclear power, especially considering Ukraine’s lack of membership in the treaty organization.

However, on the domestic front, both Presidents Putin and Zelensky earned significant victories from their handling of the buildup of forces. According to the Atlantic Council, Zelensky showed himself to be a true statesman and leader by “visiting the front lines” of the war in the Donbass, and also securing “high-profile meetings with international leaders” and partners who provided him with their unwavering support and backing.

President Putin, on the other hand, had his own agenda in deciding to escalate tensions with the West. As Foreign Policy describes, the buildup was not only to test the new Biden Administration’s resolve and support for Ukraine, but was also a means to deflect from the domestic issues that Putin’s regime faces. 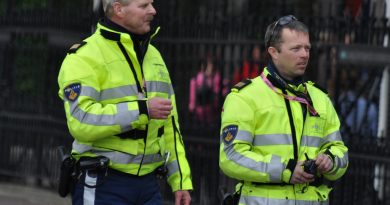