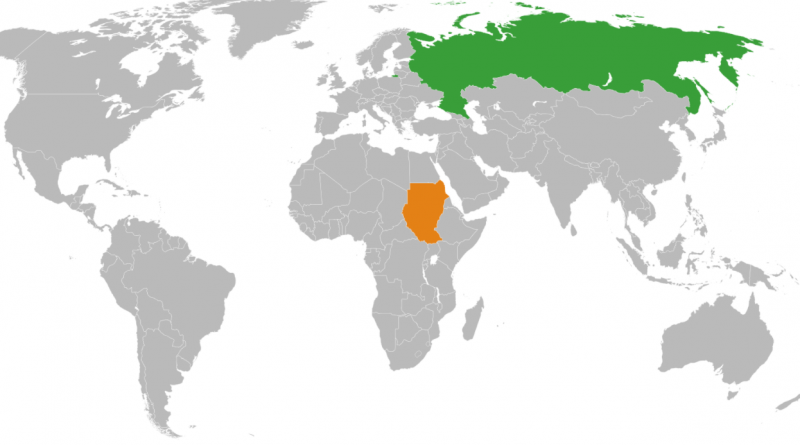 The Russian Ministry of Defense has announced the signing of an agreement between Russia’s Prime Minister Mikhail Mishustin and the Sudanese government to build Russia’s first naval base in Africa. According to Barron’s, the base will be built on the strategic Red Sea and serve as a logistics and repair center where its fleet can resupply. The base will be comprised of 300 naval service members and civilian personnel, and house four naval ships, including nuclear powered ones.

Defense News reports that this will be Russia’s first African base and logistics center since the collapse of the Soviet Union, when the country had one in Somalia. The base, situated on the northern outskirts of Port Sudan, will be under Russian jurisdiction, with the agreement lasting for 25 years, and the option to renew it for another 10year period. Russia will also have the opportunity to transport weapons, ammunition, and equipment through Sudan’s ports and airports to support the needs of the base.

During a visit to Russia in 2017, former Sudanese President Omar al-Bashir expressed great interest in the naval base as a means of protection for Sudan, especially from the United States. Business Insider reports that Sudan has historically opposed American influence and presence in Africa, as seen through the various measures the Sudanese government has taken against the United States. Not only did Sudan support Saddam Hussein’s invasion of Kuwait, but the nation has also been accused of harboring and providing sanctuary to many Islamic terrorist groups. Carlos the Jackal, Osama bin Laden, Abu Nidal, and other terrorist leaders have reportedly been protected in Sudan. For this reason, the United States designated Sudan as a state sponsor of terrorism in 1993.

Sudanese opposition to the United States creates a vacuum for Russian influence in Africa.  According to Al Jazeera, Moscow has turned to Africa to further its geopolitical reach in recent years. The Russian government has secured military agreements with 21 African countries, and it plans to build bases in 6 countries. Business Insider reports that a leaked German Foreign Ministry document shows that Russia is seeking to build bases in Egypt, the Central African Republic, Eritrea, Madagascar, Mozambique, and Sudan.

However, Russian expansion in Africa faced a tremendous obstacle when al-Bashir was ousted in a coup d’état in April of 2019.  BBC News reports that the long-serving President was forced out of office by the military after pro-democracy protestors occupied the square in front of the military’s headquarters and demanded his removal. Despite these challenges, talks continued between the new Sudanese leadership and the Russian government, and an agreement was eventually reached.

Although the draft of the agreement outlines the Russian base in Sudan as defensive and not targeting any one nation, Moscow’s ambitions in Africa are troubling to both Beijing and Washington, who wish to spread their own influence in the region.  According to The New York Times, Russia continues to expand its presence on the continent through military agreements, arms sales, security arrangements, and training programs. Despite alarming calls from American officials for a greater need to counter Russian influence in Africa, former Secretary of Defense Mark T. Esper was reportedly considering the withdrawal of troops from West Africa to confront the growing Russian and Chinese threats closer to their borders.

Pests in the Horn of Africa