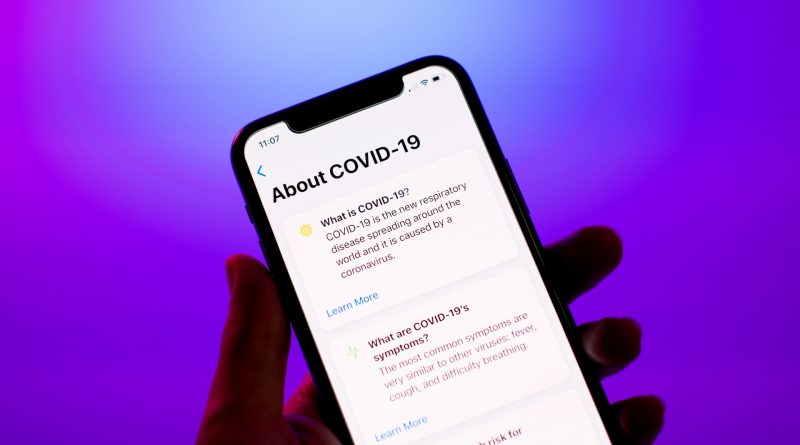 Since COVID-19 first entered the collective consciousness of media and society, people far and wide continue to spread all information they can gather on the virus. Unfortunately, whether maliciously intended or not, this has led to the widespread dissemination of misinformation on a viral scale. The fear and paranoia around the globe indicate not only the dangers of the viral pandemic but a worldwide “infodemic”.

Dr. Claire Wardle, a leading expert in the field of social media and user-generated content, states in an Aspen Institute webinar that this “infodemic” has taken shape in a couple of trends worldwide. For one, most of the viral content that has been spread assuredly contains some truth regarding COVID-19. Secondly, she notes that information has traveled most popularly in closed and semi-closed social spaces. These can take the form of small groups like family and relatives, coworkers, and friends to larger groups like those on Facebook, Twitter, Whatsapp, and similar platforms. Combined, these two factors create a dangerous environment that warps the validity and accuracy of information.

Misinformation on COVID-19 penetrates all topics on the virus, from disinformation (deliberately harmful information) on the virus’s origins to misinformation about the virus’s spread, symptoms, and treatments. Stories range from Chinese biological weapons programs to intentionally spread by the U.S. military and even Bill Gates’ involvement in pharmaceutical production as a front for surveillance and profit. As tensions grow among different state actors, people question the politics of pandemics, sowing doubt behind the efficacy of official actions and government agendas, according to The Economist.

Misinformation also affects both social and economic behaviors. These viral campaigns utilize a number of psychological “backfire effects”, clouding the truth from society and inhibiting the work of health officials.  For example, the repetition of media falsehoods establishes a level of familiarity between consumers and inaccurate information. As NBC‘s Ruaridh Arrow reports, some companies resort to false advertising and upselling toxic chemical to make a profit. Chloroquine, a drug for malaria, is not proven to work against COVID-19 and its phosphate equivalent is toxic to humans, used in aquariums to treat fish. However, this has not stopped consumers from purchasing the chemical and experimenting with self-treatment.

Similarly, hearsay typically dominates Facebook and Whatsapp, as unwary people fall victim to mass gossip. Whether it comes from “friends” of government officials or “relatives” of health workers, mass rumors have only added more confusion and uncertainty to the COVID-19 narrative. Data analysts on social media have several international similarities in the types of misinformation being disseminated. Stories about “local” outbreaks, home treatments, and diagnoses share similar patterns in different languages, suggesting there are dedicated groups maliciously spreading rumors internationally. Most importantly, the spread of rumors and misinformation has incited levels of mass panic that poses a great danger to society. Most media outlets like Time have covered the numerous “toilet paper epidemics” worldwide, which initially seem humorous. However, these developments point to a more dangerous precedent of supply shortages, not only in toilet paper, but in medicine, masks, and other materials essential to health workers. The financial world has equally been shaken up by COVID-19 developments, inciting similar panic in would-be investors and average people. Particularly provocative disinformation has upset the stock market already but can also influence runs on bank and questionable financial decisions across the board, as CNN predicts.

So, two questions remain: How can professionals and officials with the right insights convey their information without being drowned out by ubiquitous media? And similarly, how can one properly inform themselves during this time of social isolation without experiencing the pitfalls of mis- and disinformation? The reason why misinformation and groups with specific agendas, like the anti-vaxxer movement, are so successful is because of provocative, yet easily understandable content. Memes that up to play or downplay the virus—or even colorful graphics that seem to disprove well-known facts—are more likely to make an impact on readers. Despite the existence of dependable research, correct information often struggles to come to light because of lengthy, medical jargon-ridden reports, which are hard to access for the everyday media consumer. Dr. Wardle unapologetically calls us “lizard-brained”, meaning individuals value data that is concise, digestible, and often in infographic form. Government and health officials should strive to create content and data that is easily readable and readily available for the common person. If authorities can assert themselves on social media and more relatable platforms, people can be more informed and restore their faith in status quo research.

Yet these standards should also be met on the consumer side of things. When looking at published data, whether formally in scientific research or informally through different sources of media, people should be aware of underlying facts, different sources of information, and the pitfalls of psychological backfire effects. When spreading awareness for different issues, people should be careful to fact-check alongside reliable and officially published data first before sharing. Nevertheless, there can be some reassurance knowing that there are kernels of truth to everything and piecing them together is the first step to becoming informed. Recognizing that knowledge is power, we can do our part in fighting against this infodemic and the COVID-19 pandemic overall. 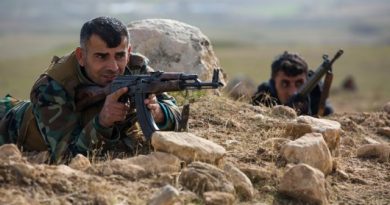 ISIS Loses Final Stronghold in Syria, Yet Retains Funds and Influence in the Region 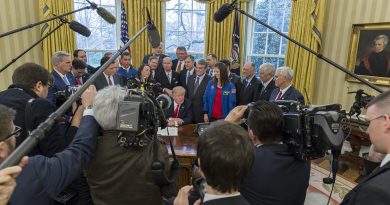