On June 23, 2016, the world felt like it came to a halt. After months of vague promises, the United Kingdom (UK) finally voted to leave the European Union (EU). However, as Al Jazeera explains, Prime Minister David Cameron resigned soon after. In light of his resignation, Theresa May was appointed as the new Prime Minister. Then, the world began spinning again.

Brexit remained in the backs of people’s minds as May began lengthy negotiations with the EU. However, as more time passed and no comprehensive action had been taken, some questioned whether Brexit would ever become a reality.

However, as The Atlantic  jokingly describes, “that ship has sailed.” As of January 31st, 2020, the nearly four years of waiting finally ended: the UK officially left the EU, entering a transition period that will last until December 2020.

Without being a member of the EU, certain things will change for the UK. Currently, the UK holds 73 of the 705 European Parliament seats, but they will have to soon relinquish all of these. They will have to deal with losing a significant amount of political influence within the region, a ramification of both losing seats within the Parliament and being less economically involved with the EU. BBC explains that the UK will also no longer be able to sit at EU meetings or summits without a special invitation. These meetings will decide things such as fishing limits, which the UK has a vested interest in but will no longer have a say on.

Previously, the UK’s trade deals were exclusively determined by the EU, but that can no longer be the case. While BBC describes that Boris Johnson, the current Prime Minister, is unconcerned over having to re-negotiate all of the nation’s trade, many citizens remain skeptical of how the he plans to accomplish this. Johnson, a member of the Conservative Party, believes new trade deals will provide the UK “a level playing field.” However, the leader of the Labour Party, Jeremy Corbyn, argues that Johnson is simply “risking trade and investment in the UK” by “undermining collective agreements.”

Even without the UK, the EU remains the world’s largest trading bloc. Bloomberg explains that the hope behind Brexit was that it would allow UK to reclaim their sovereignty and achieve more beneficial trade. Yet, it remains unclear as to whether the UK actually earned these through Brexit.

The UK may no longer be beholden to the EU. However, they now have to work out deals with both the EU and America. Britain believes that it is strong enough to negotiate any type of deal that will be most beneficial to them, but this is not necessarily true. The Council of Councils  emphasizes that the UK will be in a difficult position, where it will struggle to make up the loss of EU trade while potentially faltering in a trade deal with America because of its current political instability.

Yet, some sections of the UK will struggle with the transition less than others. The New York Times explains that while the current political situation in Ireland is extremely volatile, a deal between Ireland and Northern Ireland will allow the northern part of the island to still act like a member of the EU in terms of its relationship with Ireland. This measure, while unexpected, will enable Northern Ireland to prosper in light of Brexit, something many expressed concern over.

Ultimately, the world has changed because of Brexit. The global balance is shifting because of the EU’s loss, and now everyone must wait to witness the weight of its ramifications. 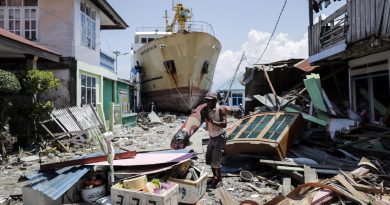 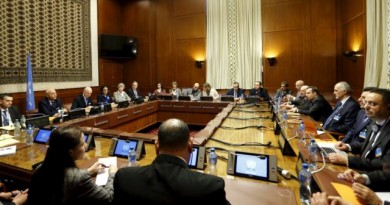