British Prime Minister Boris Johnson has accepted a Brexit extension until January 31 of next year from the original October 31 deadline, reports BBC News. Despite agreeing with the extension, he also strongly encouraged fresh Parliamentary elections in December.

Even before the country’s official exit from the European Union (EU), Brexit already generates a major impact on the UK. According to CNN, Brexit remains an extremely polarizing subject in the country: polls indicate only a tiny difference between people who support Brexit and those that do not.

Besides the polarization, there are other areas that worsened since the 2016 referendum. For example, hate crimes increased, more Europeans started to leave the UK, and wage growth is slowing.

The elections on December 12 can be critical for what happens next, reports ABC News. Joseph Owen, the Brexit program director at the Institute for Government, stated that a second referendum could take place if the opposition parties win. However, polls so far indicate that the Conservative Party will win a majority, meaning they will be able to enact their Brexit deal with no further referendums.

Regardless of the outcome, the election will likely also be polarizing. According to The Wall Street Journal, Nigel Farage, leader of the upstart Brexit Party, not only criticized Mr. Johnson’s Brexit deal with the European Union (EU) but also suggested that there will be a national election campaign against Mr. Johnson if the Prime Minister does not abandon this deal.

The Brexit Party would like to leave the EU without an agreement. Regardless of this divide, Mr. Johnson would still need a majority in Parliament in order to leave the EU by the new deadline.

United States President Donald Trump criticized the new Brexit deal that Mr. Johnson delivered, reports CNBC. Mr. Trump claimed that the US would like to trade significantly more with the UK, however, that is not possible due to certain aspects of the deal.

The Prime Minister defended his new Brexit deal. His office told BBC News that the new deal would give Britain greater control of its laws, commerce, and monetary policy. If the newly-negotiated bill passes through both chambers of the UK Parliament, Britain could leave the EU even prior to January 31.

According to Business Insider, Mr. Johnson frequently mentioned a post-Brexit trade deal with the U.S. as one of the major benefits of leaving the EU. Besides the criticism, Mr. Trump also encouraged Mr. Johnston to join a pact with the Brexit Party so that Conservative candidates may win enough seats at the December 12 general election.

The political turmoil from Brexit further increased volatility in financial markets, reports Bloomberg. After the October 31 deadline was not met, bets worth billions in pound expired worthless. Neil Jones, head of currency sales for financial institutions at Mizuho Bank Ltd, expects high volatility by the next Brexit deadline.

Nevertheless, the future of Brexit now depends on the outcome of the upcoming general elections. Mr. Johnson, who previously promised to leave the EU by October 31 by whatever means necessary, might face again members of Parliament that desire to prevent any rushed departure from the EU. 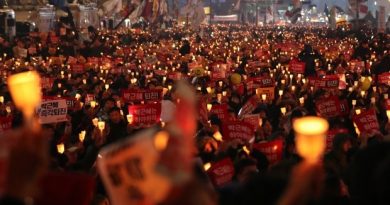