Hong Kong protesters marched to the city’s American consulate on September 8 to request help from the U.S. government in ending the conflict with the government, says CNN. Before this, Hong Kong leader Carrie Lam officially withdrew a controversial extradition bill that started the protests months ago. This protest demonstrates that government efforts failed to ease any tensions.

The city’s tourism sector suffered as a result of protests, reports the Wall Street Journal. Financial Secretary Paul Chan stated that arrivals for August declined 40 percent from a year ago. Many business trips were moved to different cities. Although hotel prices fell in some cases by 70 percent, the occupancy rates decreased by more than half. Officials fear that these internal factors combined with a slower Chinese economy could lead Hong Kong to a recession.

According to Reuters, protesters also intend to march to the British consulate on September 15 to demand that Britain force China to comply with the Sino-British Joint Declaration. The declaration, drafted when the UK handed the territory over to China in 1997, determined that Hong Kong would keep a high degree of independence from China as a province. Meanwhile, China stated that Hong Kong handles its own internal affairs and blamed the U.S. and the UK for interference.

Meanwhile, U.S. lawmakers in Congress introduced legislation that aims to forbid American companies from selling products that could be used to control riots, such as tear gas and defense equipment, says the South China Morning Post. Congressional Representative Christopher Smith declared that U.S. products should not be used “to repress the free people of Hong Kong.”

The United Nation’s Office of the High Commissioner for Human Rights stated in August that Hong Kong officials used weapons in a manner “prohibited by international norms and standards.”

Despite the bill in Congress, protesters want more from Washington. According to the New York Post, activists hope for Congress to pass the Hong Kong Human Rights and Democracy Act of 2019, a bill that aims to impose sanctions on Chinese and Hong Kong officials who repress democracy or human rights.

In the meantime, as protests continue, new targets arise, such as the city’s subway system. The city’s Mass Transit Railway has been helpful for protesters who want to escape police officers. Yet when the subway company got a court order to avoid assisting protesters to avoid vandalism, many felt that the company was buckling to Beijing’s pressure.

Until protesters can have their voices heard, there will not be any meaningful dialogue that can mitigate the unrest. 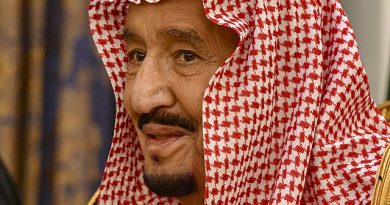 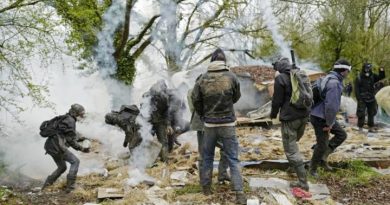