Egyptians on the weekend of April 20 cast their votes on a series of controversial constitutional amendments, AP News reports. The proposed changes would allow President Abdel-Fattah el-Sisi to stay in power until 2030 and expand the power of the military. According to CNN, Egyptians voted in favor of the amendments by over 88 percent, which led to accusations that the government pressured and bribed voters, a claim brought up by an opposition member of the Egyptian parliament, Ahmed al-Tantawi.

In response to the results, activists have posted pictures on social media of people receiving boxes of produce after they cast their ballot, furthering the claim that the government bribed voters. While those in the opposition and activists have accused President Sisi’s government of malfeasance during his time in office, the government has denied any claims of wrongdoing.

Critics of the move allege that this will inch Egypt closer to complete authoritarian rule. The referendum occurred amidst one of the government’s largest crackdowns on citizens. Sisi’s government has been criticized for human rights violations and unfairly arresting thousands of people. Those arrested include people accused of being Islamists, secular activists, political dissenters, members of the LGBTQ+ community, and others.

Human Rights Watch and the International Commission of Jurists also criticized the referendum. Human rights watch reported instances of suppression of freedom of expression, assembly, and association by the government. The government either shut down or blocked websites that were started up by “No” campaigners. In total, 34,000 websites were blocked by the government in response to the opposition campaign against the amendments.

Sisi’s authoritarian streak is not limited to arresting Egyptian citizens but also includes mass killings and people disappearing without a trace. In 2013, when Sisi was the Defense Minister under interim President Adly Mansour, he oversaw a massacre in Rabaa Square in Cairo that saw over 600 protesters killed, according to an additional report by Human Rights Watch. 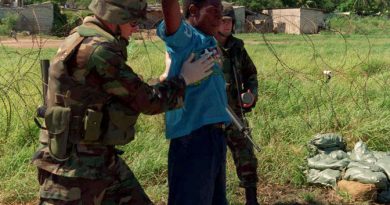