As renegade general Khalifa Hafter and his Libyan National Army (LNA) continue their military offense on the capital city of Tripoli, thousands of Libyan civilians continue to flee for their lives. Al Jazeera reports that fighting between eastern-based forces and troops loyal to the country’s internationally recognized government forced thousands of people to flee their homes in and around the city.

Since the violent clashes erupted on April 4, over 4,500 individuals suffer from displacement. The UN Office for the Coordination of Humanitarian Affairs (UNOCHA) furthers that even more civilians remain trapped in their homes. As of April 12, it deemed more than 500,000 children to be at “immediate threat”.

The World Health Organization (WHO) reports that it currently has contingency plans in case “thousands if not hundreds of thousands” are displaced. However, it is still preparing for potential outbreaks of tuberculosis, measles, and diarrheal diseases brought on by deteriorating sanitary conditions. All three types of outbreaks have extremely high incidence rates in active conflict zones, but the WHO’s regional supply of medical aid materials will only be able to combat potential outbreaks for the next two weeks.

As Tripoli continues to weather Hafter’s artillery barrage, immediate casualties are still being counted and will continue to amount until a ceasefire can be reached. According to the Wall Street Journal, Hafter’s agreement to open negotiations with the UN-backed Libyan government (GNA) is vital to regional security.

Conversely, Vox reports that the GNA unleashed a counteroffensive titled “Volcano of Anger” in response to LNA airstrikes on Tripoli suburbs. Both operations were enacted despite the UN’s plea for a two-hour truce to evacuate citizens and wounded fighters.

The international community has met Hafter’s campaign against Tripoli’s government with mixed results. Saudi Arabia offered Haftar tens of millions of dollars to help fund for his operations just days before the LNA offensive began, according to the Wall Street Journal. Haftar also received support from Egypt and military vehicles from United Arab Emirates. The three Arab governments regard him as an important ally against Islamist groups allied to regional rivals Qatar and Turkey.

Countries within the European Union are also divided on proper backing in the conflict, according to the EU Observer. While France has been supporting Hafter in order to protect its oil interests in the region, Italy is backing the GNA. The division is rooted in concerns that the Russian government in Moscow is backing Haftar’s campaign. Ukrainian intelligence previously tied Russian aircraft flight paths to the presence of Russian mercenaries in LNA-controlled cities of Benghazi and Tobruk, reports CNN.

General Hafter has been a major player in Libya for decades. In the 1980s, he led the failed CIA-backed military coup against the Gaddafi regime, and returned to take command of rebel forces in 2011 following his two decade-long exile in Northern Virginia. After attempting to overthrow Libya’s post-revolutionary government in 2014, he has spent the last few years seizing control of eastern Libya from Islamist insurgents and human traffickers.

As controversial as he has been successful, the international community parades Haftar as both a national hero and a war criminal. While he is considered an indispensable actor with the potential to unite a failing, war-torn state, The Independent reports that his military campaign during the Battle of Derna involved instances of torture, corpse mutilation, and the murder of both civilians and captured fighters. Last July, the International Criminal Court (ICC) issued a second arrest warrant for General Haftar’s Special Forces commander Mahmoud al-Werfalli after several videos depicting him murdering prisoners of war. The indictment casts an unflattering shadow on Haftar’s past operations, and may affect the willingness of the UN to negotiate with the LNA moving forward.

As a whole, the United States officially condemns Hafter’s actions in Tripoli and cautiously waits out a potential ICC indictment. American troops were pulled from the city on April 7, having been previously deployed to assist in diplomatic efforts as well as counterterrorism activities, reports the New York Times.

While the United States stands against the LNA’s Tripoli offensive, a senior White House official disclosed that negotiations with Haftar are not off the table.

“Certainly we would see a role for Gen. Haftar in any future of Libya,” the official stated. When asked whether that included ruling the whole country, the official said, “That is up to the people of Libya.” 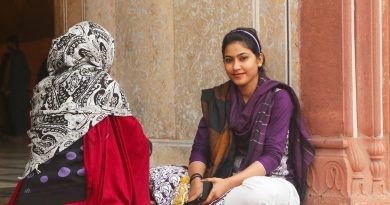 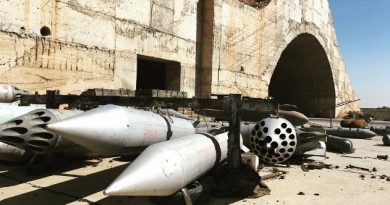 Aftermath of US Airstrike on Syrian Air Base