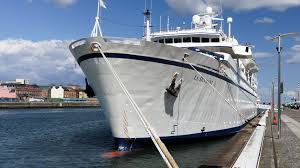 In any other situation, being told that you might get to live on a cruise ship would come with excitement and a feeling of luxury.  However, if you live in Dublin, Ireland, the proposition of moving onto a cruise ship means that you are currently homeless.   The homeless epidemic in Ireland is currently running rampant.  According to The Sun, in Dublin there are currently 1,367 families in homeless accommodation.  This figure has only grown as time has gone on.  This epidemic is plaguing those of every age and family status.

Ireland is not doing poorly economically and socially.  According to The Guardian, the economy in Ireland is cruising forward with a 5.6 percent GDP growth.  They have even had legislation pass to legalize same-sex marriage and lift the ban on abortions.  As reported by RTE, more people have immigrated into Ireland than emigrated for the first time since 2009. Yet, the ugly stain of the homeless crisis remains.

According to The Guardian is Brexit. With this and the global tax environment, a property bubble could be created.  However, there is currently no dent in the Irish economy. Similarly, in 2008, the Celtic Tiger, the nickname of the decade-long economic boom that ended in a financial crash, h ad ravished the country. However, a bounce-back lead by domestic demand, lead Ireland to near full employment.

With the progressive social movements and economic stability, why are there so many homeless in the Dublin?  The numbers give a chilling feeling to the country that prides itself in equality.  No matter the cause, the issue is present and painfully clear.

As reported by The Sun, the idea of housing homeless families on a rented cruise ship has been proposed before, but was shelved. However, the severity of the situation has caused the City Council to visit the idea again.  Fox News quoted the Irish minister for housing, Eoghan Murphy, for his target to house 300 homeless families.  He was reportedly told by the council that this was “unlikely to be achieved” unless they looked at the prior ideas.

There are many problems with the cruise ship idea, the clearest being the price of renting the cruise ship, but another being the amount of people a cruise ship can house. The cruise ship that is being considered  can hold about 200 homeless people, which barely puts a dent in the 1,367 families that are currently in homeless accommodation as displayed by The Sun. The price for these 200 people is also hefty. The cost of hiring a 200-person cruise ship is around $500,000 a week, which is around $2,300 per person.

Irish Times quotes Sr. Stanislaus Kennedy, president of Focus Ireland, an organization dedicated to fighting homelessness in Ireland. He states, “Unfortunately, Government has adopted the commodity model for housing. We cannot entrust a social need to the market. The market has different values.”

Many agree that a more humanitarian approach should be used, while some citizens are just happy that it appears some action will be taken.  All seem to agree that the homeless crisis can be solved.  Again, a quote from Stanislaus Kennedy sums up the resilience to crisis by the Irish. He says, “Homelessness is solvable.  It isn’t a natural disaster.” 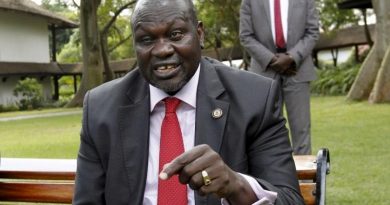 France to End Sanctions on Russia Over Ukraine