Judge Brett M. Kavanaugh’s highly publicized hearings before the Senate Judiciary Committee have seen a landslide of controversy over his confirmation. Kavanaugh however, is not the only one under intense scrutiny.

Recently, the Supreme Court itself has come under fire. David A. Kaplan, the former legal affairs editor of Newsweek and author of “The Most Dangerous Branch: Inside the Supreme Court’s Assault on the Constitution,” argues that the Court has overstepped its role as an “umpire” over existing legal issues and become an “player” in creating new laws.

While the idea that the Supreme Court acts as more of a legislative body than a judicial body is not new, Peter Suderman blames the Senate’s recent years of unproductive gridlock for the Court’s actions. Due to the Senate’s inability to pass legislation, the Court has taken on that role, argues Suderman.

This transfer of power from the Senate to the Court is a threat to our representative democracy, says Suderman, given the Supreme Court Justices’ lifetime appointments.

The Court’s shortcomings as a judicial body are visible in its reluctance to tackle flaws in the electoral process, argues Kaplan, as evidenced by the Court’s decision to avoid ruling on partisan gerrymandering.

Instead, the court scooped up cases that the Senate was unable to pass legislation on. Cases dealing with abortion, gay marriage, campaign finance, gun control, and even a presidential election. These instances, argues Kaplan, show the Court not as an arbiter over the law, but as a lawmaker in its own right.

Another example, argues Suderman, was President Donald Trump’s travel ban. The court ruled that the president’s authority to decide who gets to enter the country is granted to him by Congress. However, the Court implied that because Congress failed to decide on how much authority to give the president, it was forced to step in.

Worse still, argues Albert R. Hunt a columnist at Bloomberg, the “lawmaker court” has no real sense of how laws can affect the lives of the average citizen.

The current Justices, including Kavanaugh, all come from Ivy League universities, have little to no practical political experience, and are disconnected from how policy can affect the average American.

Hunt uses the court’s decision to avoid ruling on partisan Gerrymandering as an example of its detachment from daily life. The court decided to sidestep this case because the plaintiffs “hadn’t shown that they were individually harmed by statewide maps meant to give their opponents an overall political advantage.”

If the Court is overstepping its power to create laws and creating laws based off incorrect assumptions over what citizens need, as these experts have argued, then the selection and appointment of the court’s justices have a tremendous impact on the country.

This selection process has also been scrutinized due to the Supreme Court’s lifetime appointments. Which President gets to appoint a Justice and how many Justices they get to appoint is largely random.

As David Leonhardt, a columnist at the New York Times, points out, Jimmy Carter was unable to appoint any Justices to the court during his term as president, meanwhile Richard Nixon was able to appoint four.

Because Supreme Court decisions require a majority, it only takes the opinion of 5 people to decide the law, as was the case with the ruling on Trump’s travel ban. If Kavanaugh is appointed to the bench, Vox argues, the court could tilt more conservative solely because a conservative president happened to be in office when Justice Anthony Kennedy retired.

Additionally, argues Leonhardt, the lifelong terms have turned confirmations into heavily politicized battles. Kavanaugh’s appointment is an example of this.

Trump’s release of his Supreme Court appointee shortlist during his 2016 presidential campaign might also be a sign that the appointment of justices will become a factor in future campaigns.

A series of completely uncontrollable variables, such as the declining health of an aging Supreme Court Bench, could potentially lead to President Trump appointing more justices, carving out America’s future for decades to come 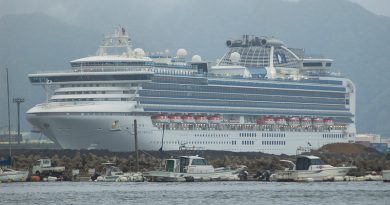