A wall once stood on Hungary’s southern border, built by the USSR to keep Hungarians in their place. Today a different obstacle faces a different group of people. A fence, built by Orban and his allies in 2015, along the border with Serbia and Croatia.

Rather than hold Hungarians hostage, this fence was built to keep undesirables out of the country — which are primarily migrants. The message is clear, Hungary is for Hungarians, for Fidesz, and for Viktor Orban. This is the message Orban ran on to clinch his unprecedented third straight term as the Prime Minister of the country, Orban told supporters this result gave them “the opportunity to defend themselves and to defend Hungary,” as documented by BBC.

Orban and his Fidesz party won landslide victories across the country with one drawback, losing large swaths of the youth vote, as well as losing in majority the seats of parliament located in the capital, Budapest. The turnout, thought to favor the opposition, was a near record of 69 percent. Fidesz in the Parliament won what seems to be a two-thirds majority, enabling the party to rush any legislation or constitutional changes with little to no opposition from lawmakers.

The ramifications of Fidesz taking a ruling majority are extreme, the party and Orban have already amended the Constitution eliminating democratic checks and balances, bringing the courts and other state organizations under firm Orban control. Currently the path Orban may take is unknown, although he hinted he may try to amend the constitution to prevent the EU from imposing migrant quotas, a policy he vehemently opposes, as reported by the New York Times.

In light of the election and reassurance to Orban of his unbridled power, opposition parties responded with dismay. The leader of Hungary’s far-right Jobbik party, Gabor Vona, was quoted as saying “Jobbik’s goal, to win the elections and force a change in government, was not achieved, Fidesz won. It won again.” according to Reuters.

Socialist party president Gyula Molnar was similarly defeated regarding the vote saying “We regard ourselves as responsible for what happened [and] we have acknowledged the decision of voters.” according to the BBC. Both party leaders from Jobbik and the Socialists would later resign after speaking to the public.

Although the technical voting was transparent and fair, the campaigning, advertising, and rhetoric leading up to the vote was controversial at the very least. Douglas Wake, of the Organization for Security and Cooperation in Europe (OSCE) was quoted as saying, “Voters had a wide range of political options, but intimidating and xenophobic rhetoric, media bias, and opaque campaign financing constricted the space for genuine political debate,” according to the New York Times. The controversy comes primarily from the state government using taxpayer money to advertise and campaign for the Fidesz party and Orban.

The government responded to these claims by saying that they are part of a “public information education campaign.” The dimming and outright crossing of the line between state and party could be seen throughout the country at every turn, billboards, phone booths, and posters warned the people of the impending migrant invasion; a fear mongering tactic used by Fidesz over the past three parliamentary elections as a way to garner the support of the people.

To Western democracies, the third consecutive election of Orban came as a worrying signal of the rise of far right groups and strongmen gain ground around the world and specifically in Europe. In Germany, federal minister Horst Seehofer beamed at the result, “I’m pleased with the election victory, it’s once again a very clear win for Viktor Orban,” according to Bloomberg. Angela Merkel responded on a lighter note, congratulating Orban and telling him Germany would be a consistent partner. Far-right groups and candidates around Europe lauded Orban and his party for his accomplishments, his admirers included Marine Le Pen of France, Geert Wilders of the Dutch, and Matteo Salvini in Italy. 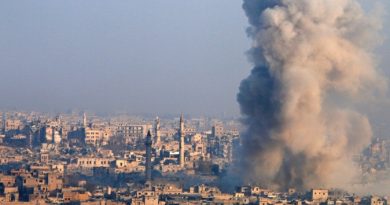