On April 8 there was a chemical attack on civilians in the rebel-held suburb of Douma, east of Damascus, reports the New York Times. Syrian activist groups reported that barrel bombs with toxic gas was dropped from helicopters over the city.

Videos uploaded by rebels and critics of the al-Assad regime showed children being treated for burning eyes and respiratory problems.  It also showed dead women and children bundled up in a room with foam running out of their mouths as a result of the decisive attack.

The Russian Foreign Ministry issued a statement on the same day, reporting that the chemical attack was a hoax and an information attack to halt the Syrian government from fighting terrorism, reports CNN. Syrian state news also denied the allegations officially, which brings up the rationality behind this alleged attack. Just last April, the U.S. launched missiles at a Syrian air base in response to the previous chemical attack.

In the study of International Relations, the subject of rationality is almost always brought up when rogue leaders are mentioned. These are people that want to remain in power; they make careful and calculating moves not to upset the world order, so that the individual will not be removed from power by force.

The current Syrian President was a trained doctor before he took power from his father Hafez al-Assad. Anyone with some understanding of ethics, logic, and reason would not cross the red line again set by the Obama administration to use chemical weapons, which is still reinforced by the Trump administration today.

Bashar al-Assad is to Syria what Saddam Hussein was to Iraq and what Muammar Gaddafi was to Libya; that is, order and authority. Removing the heads of state in both Iraq and Libya led to disbanded governments, militaries, economic collapse, and territories ungoverned for the rise of Jihadists. Not to mention the refugee and migrant crisis that followed spreading to neighboring countries and to Europe.

After the Invasion of Iraq in 2003, jobless citizens took advantage of the absolute anarchy in cities across the country by pillaging anything of value that belonged to the state, and bared arms provided from the defunct military to join the insurgency against U.S. forces, reports CNN. The Islamic State was also created from members of al-Qaeda operating in Iraq, against which coalition forces are still fighting today.

In Libya, the assassination of Qaddafi led to a similar outcome for Iraq. It opened a free bridge for terrorist organizations from the Middle East, such as al-Qaeda, to expand into West Africa, Boko Haram to Central Africa, and Al-Shabaab to East Africa. These major cases show that failing states are not beneficial to anyone besides terrorists, and re-building or establishing free democracy takes too much time and money, as demonstrated by the exhausting efforts in Iraq and Afghanistan.

Despite al-Assad’s critics around the world, there are a number of Syrians that fully support his rule, hence why his government is still operating and many displaced Syrians wishing to return home. The Arab Spring of 2011 gave birth to many controversial opponents of his regime, such as the Free Syrian Army and Ahrar al-Sham, which was founded by criminals and co-founded by Abu Khalid al-Suri, a top al-Qaeda leader.

With no real command system within these organizations, Syrian rebels have been known for raping of women and children, beheadings, burning people alive, cannibalism, and even possession sarin nerve gas – the very chemical weapon that could have been used in these attacks. It is no coincidence that President Trump also mentioned to withdraw the U.S., the key supporter of these rebels, from Syria a week prior to this indecent.

Eva Bartlett, an independent Canadian journalist, stated that the Syrian government had been known for a bit of humanity by evacuating civilians from certain areas prior to attacks against rebels or terrorists. She reported that attacks on civilians were usually conducted by rebels or terrorists fighting the al-Assad regime.

The viral 2016 picture, “The Syrian Boy in the Ambulance,” was uncovered by Bartlett, from an interview with the father of the boy, to be fake; the boy was not a victim of a Syrian airstrike, rather a victim of a bomb explosion placed by terrorists. These parties are also responsible for stealing food provided to civilians that led to the starvation crisis. Such incidents usually do not make headline news. It is not surprise that Bartlett denounces major mainstream news corporations.

Attacks in Syria today are usually reported by the more positive opposition of al-Assad, such as the Syrian Civil Defense or White Helmet rescue workers and solidified by Western journalists based another world away in Lebanon. However, the White Helmets have been known to work in terrorist-controlled territories and its’ volunteers have been seen in videos bearings arms, at executions and cheering for al-Qaeda. All this brings to question the legitimacy of the reports and if the al-Assad regime is being demonized to serve a greater agenda.

Bashar al-Assad is one of the leading forces against ISIS and is the answer to interconnected problems, such as the refugee and humanitarian crisis in the area. Bringing back stability in the Middle East heavily relies on order and authority, regardless of the regime type. Although it is unfortunate not to remove an authoritarian regime out of power, the consequences of doing so demonstrated in the past two decades may be worse. 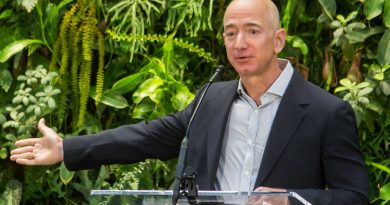 US Must Not Turn Back On Its Values 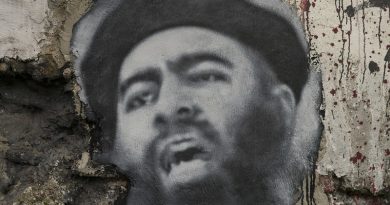 Al-Baghdadi Death Further Illustrates IS Priorities in War Against West