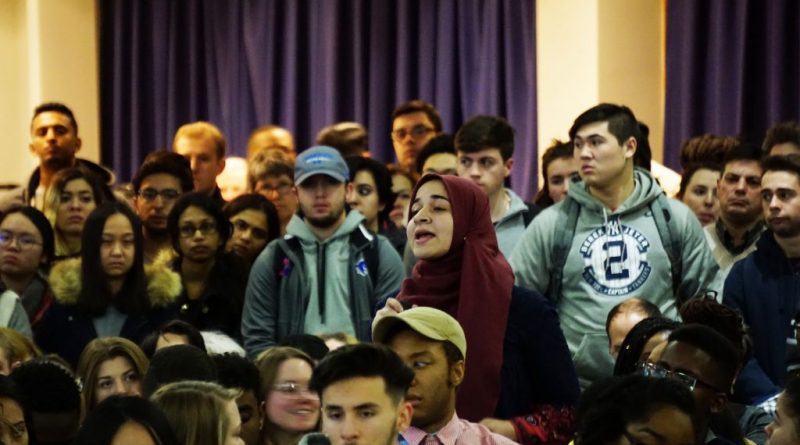 The Main Lounge filled quickly, leaving many students with no other choice but to stand or sit on the floor. The program began with words from President Meehan, who stated that the Seton Hall community can “do better and be better.”

The conversation continued with hosts, Dr. Richard Blissett, Assistant Professor at Seton Hall University’s School of Education and Human Services, and Adol Mayen, a student at the university’s School of Diplomacy, giving instructions. Blissett and Mayen emphasized the need for the audience to; respect everyone’s viewpoint, listen in the hopes of understanding, and actively participate.

The program focused mainly on questions previously decided on by the event coordinators. The first was, “Do you feel at home within our Seton Hall community?” With only 2/3 of those in attendance responding “YES”, Mayen and Blissett encouraged the audience to share why they did not feel at home at Seton Hall.

Rawda Abdelmenam, a current student, stated that there were times that she felt uncomfortable when practicing Islam. Others shared their experience and came to the conclusion that they felt that they were forced to choose between different parts of their identity.

As the program continued, the results concluded that 27 percent of the audience had been subject to racism and/or racial discrimination on campus and 56 percent of participants stating that they had witnessed racism and/or racial discrimination occurring on campus. Students shared that they had experienced microaggressions—a catchall term for interactions that, though they may not be overtly discriminatory, convey sublime or implicit prejudice, ignorance, or misunderstanding—from teachers who were condescending towards them, to even a racial incident in a residence hall.

When asked how they felt when they heard of racist incidents occurring on campus, participants were allowed to respond with a one-word answer that would appear in a world cloud on screen. The more people that responded with the same word, the bigger the word would appear. At the end of the exercise, it was evident that “disappointed” was the most common feeling.

An area of interest began when nearly half of the student body responded that they had no one to talk to about racial issues or did not know where to go. Dean Van Norman, Dean Roberts, and Lori Brown shared with all in attendance the resources available to them if an incident of this manner ever occurred. All three made sure to emphasize that they are readily available for any and all students and are more than willing to work with anyone to ensure that everyone feels safe and comfortable on campus.

As the event came to a close, students began to call on the university to create a safe space for discussion on race within the classroom. Participants encouraged the university by stating that learning about cultures and race can open up discussion that has the potential to diminish cultural close-mindedness within the Seton Hall community.

The night ended with a longing for more discussion among the student body on ways to end racial issues on campus. Blissett and Mayen closed the night by thanking all in attendance and encouraged everyone to not end the conversation there.

Seton Hall University’s administration was given an immense amount of constructive criticism and ideas to work on in order to improve the campus for future generations.

“The event was a beginning,” stated Dean of the School of Diplomacy,  Andrea Bartoli, after Tuesday’s event, “The conversation must continue and constructive actions must be taken.” 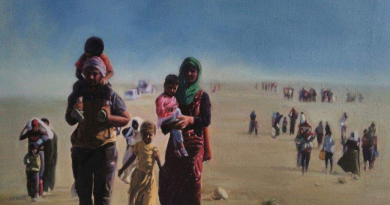 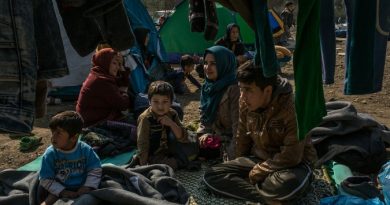 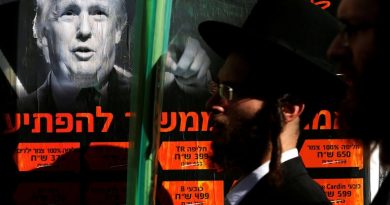