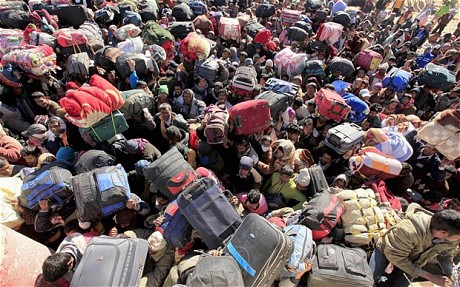 Libya’s population of 1.5 million has been under fire for the last two years, in growing tensions and violence heightened by the Mediterranean refugee crisis and the competing government’s conflict over capturing Libya’s oil ports.

The oil ports of Sidra and Ras Lanuf have been captured and claimed by militias twice in the last month.

The Benghazi Defence Brigade (BDB), an Islamist wing, took the ports from Khalifa Haftar, the leader for the insurgency of the Libyan National Army (LNA).

As the BDB handed the ports to the current Government of National Accord (GNA), Haftar and his forces reclaimed the ports, in an offensive backed by rivaling militias in the east.

The United Nations-backed GNA, created in 2015, has been unsuccessful in reconciling conflict in the region.

The conflict over the oil-ports and other territory has been magnified across the nation, affecting residents and migrants alike.

United Nations Envoy to Libya, Martin Kobler, voiced his “deep concern” on reports of violations being committed in the nation. He hopes that parties can unify and find common ground on a single message.

“I remind all parties that those responsible for such acts — including hostage-taking, torture, extrajudicial executions, indiscriminate bombing and the desecration of corpses — are liable to criminal accountability, including being brought before the International Criminal Court,” Kobler said.

UNICEF released a report titled A Deadly Journey for Children: The Central Mediterranean Migrant Route in February. The report states that at least 256,000 migrants have been recorded crossing into Libya as of September 2016 – of whom at least 54,000 are women and children.

Key findings from the survey include that three-quarters of migrant children interviewed “have experienced violence, harassment, or aggression at the hands of adults.” Nearly half of the women interviewed have also experienced sexual violence during their migration.

Large scores of women and children have relied on smugglers, and have grappled with debt and financial issues, most of them “paying as they go.” This has left thousands vulnerable to abduction and trafficking.

A large majority of the children reported verbal and emotional abuse, and almost half reported beating and other physical abuse. Girls reported higher rates than boys did. Several children did not have access to enough food during the journey, and expect to spend time working in Libya to earn enough money to either return to their home countries, or migrate to Europe.

“50 million children are on the move, some fleeing violence, war, poverty and climate change. They shouldn’t be forced to put their lives in the hands of smugglers or be left vulnerable to traffickers,” said Afshan Khan, UNICEF regional director. “We need to address globally the drivers of migration and as importantly put in place stronger measures to protect children on the move through a system of safe passage for all refugee and migrant children. If these were our children, alone and frightened, we would act.”

2016 was the deadliest year on record for migrant crossings in the Mediterranean, with deaths totaling at least 3,800 according to the U.N.

“My journey from Nigeria to Libya was horrible and dangerous,” said Jon, a 15-year-old boy who left his home country fearing Boko Haram militants. “Only God saved me in the desert, no food, no water, nothing. The guy who was sitting next to me on the trip died. And once one dies in the desert, they throw away the body and that’s it.”

Over 181,000 migrants crossed from Libya to Italy in 2016- more than 26,000 being children. The most common route taken is called the Central Mediterranean Migration Route. The stretch of the route from the Southern Border of Libya’s desert to the Mediterranean Coast, to the sea passage to Sicily killed thousands last year. 1 in 40 who make the journey are killed. Nine in ten children who make it to the Italian coast do so alone, without adults or family members.

An estimated 34 detention centers operate and have been identified in Libya. The Libyan Government Department for Combating Illegal Migration runs 24 of these, which hold between 4,000 and 7,000 detainees. International Organizations and UNICEF only have access to almost half of them.

The centers have issues including overcrowding, sub-standard sanitation, the spread of disease, lack of access to healthcare, malnourishment, and lack of protection from weather.

Militias had developed their own detention centers to profit from migrants. Each militia usually has its own facility, and detains refugees on perceived grounds, where they cite possible disease and criminal intentions as a cause for detention.

Migrants have reported instances of dehumanization, often through forced labor and name-calling, and have undergone circumstances of random torture and punishment. Sub-Saharan Africans have reported being treated worse than Arab migrants have from Egypt, Syria, and Gaza.

Due to the amount of conflict facing the region, Libya’s parliament, based in the East, has called for early election following the disintegration of the U.N.-brokered peace deal with rivaling militias in Tripoli.

The Tobruk-based government had voted to withdraw support for the Tripoli-backed GNA after militias backed by Western Libyan factions seized the oil ports from Haftar. The Tobruk House of Representatives sent an open letter to the Libyan electoral commission, requesting for “all the necessary arrangements to prepare for presidential and parliamentary elections before February 2018.”

The recapture for the ports signifies a potential resurgence of oil and gas production, one of the only sources of revenue for the Libyan economy. But the Tobruk parliament, the U.N. backed Tripoli government, and the National Salvation Government all claim right to the revenue.The Libyan National Army is allied to the parliament in East Libya, and is backed by Egypt, Russia, and the United Arab Emirates.

“When we saw a small ship, we shouted: ‘Please come and rescue us.’ They rescued us and took us to dry land. Then, we were moved to Sabratha detention center where we stayed for five months. There was no food and no water. In Sabratha, they used to beat us every day,” said Kamis, a nine-year old Nigerian refugee.

“There’s nothing there. They used to beat us every day. They beat babies, children and adults. One woman in that place was pregnant. She wanted to deliver the baby. When the child was born, there was no hot water. Instead, they used salt water to take care of the baby,” Kamis continued.

Kamis and his mother Aza paid 1,400 dollars for their migration from Nigeria to Libya. Aza had no idea that the journey would be so treacherous. 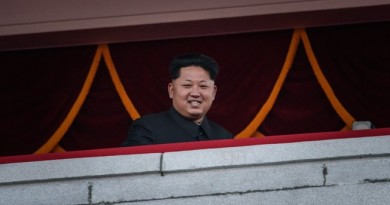 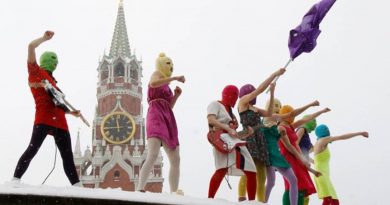 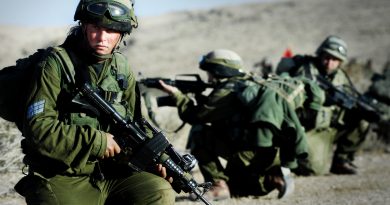