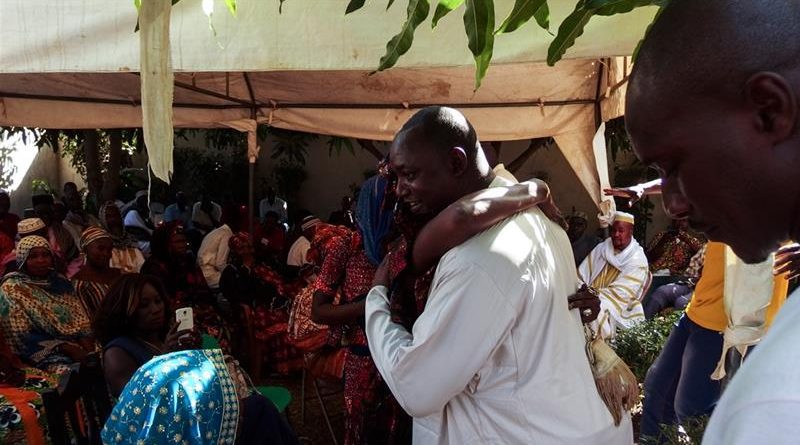 The results of the election, which was held on December 1, were seen as widely considered fair by all parties according to the Guardian. Even President Yahya Jammeh, the incumbent who had lost election, conceded the following day.

The elections were close with Adama Barrow winning 45 percent of the vote, while the incumbent lost with only 36.7 percent. Merely eight days later, however, President Jammeh contested the election and asked for results to be annulled by the Gambian Supreme Court.

According to Reuters, many Gambians were shocked by the surprise election outcome. President Jammeh, who had come into power after a 1994 military coup of Sir Dawda Jawara, the only other Gambian president since the country’s independence in 1965, had previously won the last five Gambian elections.

Like many African countries, The Gambia is well accustomed to long-ruling military dictators. President Jammeh remained in power through the killing, torture, and imprisonment of political opposition, according to the BBC. He is seen by many Gambians as being absolutely corrupt, according to Al-Jazeera who spoke with the country’s foreign minister.

President Jammeh was enabled by his political party the Alliance for Patriotic Reorientation and Construction (APRC), who are the majority party in Parliament. On December 17, Parliament gave President Jammeh an extension of 90 days to remain in power.

After the declaration, the Economic Community of West African States (ECOWAS), with the backing of the United Nations Security Council, deployed 7,000 troops comprised of mostly Nigerian and Senegalese fighters to the border of Gambia to engage soldiers loyal to Jammeh.

The Guardian reported that over 45,000  Gambians and tourists fled over the border to neighboring countries in anticipation of major violence.

At 9 a.m. local time on January 20, the ECOWAS troops ordered President Jammeh to step down. Jammeh ignored calls to step down until late in the evening on the next day when he fled to Equatorial Guinea in exile, according to Reuters.

Jammeh was ultimately persuaded to leave by the Guinean President Alpha Condé, and the U.N.’s regional chief, Mohamed Ibn Chambas. It is believed, however, that his decision was hastened by the desertion by leaders of his military who did not want to face ECOWAS forces as well as the resignation of political figures in his administration.

The Gambia election crisis follows a familiar trend with African leaders. Adama Barrow will be only the third person to be president of Gambia in the country’s 52-year history, and will be the country’s first democratically elected leader.

In early 2016, Uganda’s election results were hotly contested and the country’s 32-year ruling president managed to hold on to power after months of violence and the imprisonment of his political opponent. Gabon also had a presidential election in the summer with the country’s second ever president holding on to power.