Nestled between green pastures and port towns lies a nation over 2 million strong. Not to be confused with the Castilians or Catalonians, the people of the Basque Autonomous Community in Spain are unequivocally Basque. Through the School of Diplomacy’s winter study abroad course, I took a look into the region’s culture and contentious past to discover just what being Basque means.

Leading the course was none other than research director and renowned professor Dr. Borislava Manojlovic. As an expert in conflict resolution, Dr. Manojlovic took an interest in comparing the uniquely successful Basque case to other conflicts across the world. Drawing from her vast network of Basque politicians, civil society leaders, activists, and artists, the professor started a collaborative research team in fall of 2014 to investigate the issues further. As one of her capstone projects, Dr. Manojlovic planned the interactive study abroad course “Memory and Conflict: Dealing with the Past Constructively.”

Throughout the course, my peers and I took a look into the Basques’ contentious past to appreciate the experience of being immersed in the nation’s present success. Although the Basque Country is a relatively small territory in Spain, the region possesses a rich history of self-sufficiency in the face of strife. Since the medieval times, the Basque Country has flourished with industry and social systems independent from Spain.

Although the oppressive Francoist regime undermined the Basques’ peace and prosperity for much of the 20th century, the nation has proactively pursued the revival of their culture. The resurrection and current popularity of the Basque language, Euskara, stands as a testament of Basque unity and success.

During the trip, we received lectures from both Dr. Manojlovic and local scholars. Moving beyond mere theory, we saw the effects of the Basques’ past in person through visits to historical sites and meetings with local agents of change. We broke bread with a victim of the retaliatory Basque extremist group, ETA, and discussed the importance of reconciliation.

We visited the studio of an incredible Basque painter, Jesus Mari Lazkano, to hear of the universality of Basque art. Donning suits and ties, we discussed the politics of peace and equality with high-level government representatives. Amid meetings, we stopped to see the tree that inspired Pablo Picasso’s famous Guernica painting and wandered around the iconic, Frank Gehry-designed Guggenheim museum.

The study abroad course provided us with a wealth of information, confirmed by local Basque practitioners. However, it was through more chance encounters that we caught a glimpse of the true meaning of being Basque. Leading the way was our local coordinator, Antton, a doctoral student from the French side of the Basque territory who spoke the Basque language, Euskara, fluently. He shared his own experiences and introduced us to local students.

Speaking to our Basque counterparts was truly an eye opening experience. From Basque natives to Polish expatriates, the students shared a genuine desire to acknowledge their nation’s past, engage in present affairs, and plan for a better future. Many spoke or were learning to speak Euskara, an important attribute of Basque unity. Political messages, relayed through posters or graffiti, advocated for the Basque’s shared values and aspirations, such as statehood and protection of political prisoners.

The plight of Basque political prisoners played a central, unifying role. Throughout the region, separated by vast stretches of green hills, a white flag decrying prisoner mistreatment was displayed prominently on Basque residences in every town. The flags were particularly prevalent in a little town called Onati, where spray-painted messages spoke out against injustice and advocated for Basque sovereignty.

Overall, the Basque study abroad course introduced and immersed us within the region’s contentious past and aspirational future. By meeting with local experts, we were able to grasp a deeper understanding of the meaning and motivations behind the nation’s struggle for success. After chance conversations with local students, the course made it clear that being Basque grounded in a passionate and authentic desire to channel shared values and a common language into a vehicle for peace, prosperity, and political freedom. 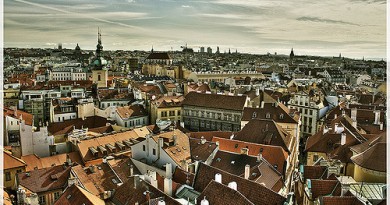 Imagining Pan-Arabism Through the Lens of ‘Arab Idol’