Robert Serry, the School of Diplomacy’s recently named Sergio Vieira de Mello Visiting Chair in the Practice of Post-Conflict Diplomacy, gave a lecture on his career in multilateral diplomacy on December 2.

Mr. Serry, an accomplished Dutch diplomat, was the Deputy Assistant Secretary-General for Crisis Management and Operations at NATO, as well as United Nations Special Coordinator for the Middle East Peace Process.

In an interview with the Envoy, Mr. Serry discussed how his participation in NATO and the U.N. shaped his career.

“It is important for states to have its representatives to international organizations,” Mr. Serry said, while at the same time, it is important they do not completely burn bridges on the bilateral level. Having experienced the shift during his career in the 1990s, he believes that multilateralism “simply has become more important.”

Mr. Serry was the first Dutch ambassador to Ukraine shortly after its independence from the Soviet Union.

“What happened for Ukraine is that it got its independence. [It] inherited the bad things from the Soviet Union. The Orange Revolution and the Maidan Revolution are moments where the people try to remove the shackles of the past: the way the economy was run, the corruption. The Maidan Revolution was an expression of people who wanted to become a normal country.”

His posting in Ukraine would make him a valuable asset during the Ukraine crisis, when he was sent on a mission by U.N. Secretary General Ban Ki-moon in 2014.

“My experience in Ukraine was known to Ban Ki-moon. I was sent to Kiev on a quiet mission to see if the U.N. could contribute to de-escalate tensions. I came to Kiev and met the new leaders, and I was also asked to go to Crimea. I was stopped during my mission by green men without insignia, and they wanted to deport me, which I refused and it led to a standoff in a cafe.”

According to ITV News, the U.N. envoy held up in the coffee shop in Crimea on March 5, 2014 was indeed Mr. Serry. After being trapped by pro-Russian men, he left Crimea the same day, unharmed, but his mission there was over.

“Ban Ki-moon sent a fact-finding ‘envoy,’ not an official one. Usually, these are delicate missions,” Mr. Serry recounted. “These are the realities of the U.N.: if one of the permanent members doesn’t want a U.N. role, it is impossible to get one.”

Despite what had happened, Mr. Serry was hopeful for the resolution of this crisis, saying, “It is important that in the near future that Ukraine stays independent and stands on its own two feet. Given its place in Europe, it would be an unnatural outcome, that Russian-Ukrainian relations would be bad. Ukraine should have the right to relations with NATO and the European Union, but at the same time should be able to maintain its strong connections with Russia.”

While on his brief mission in Crimea, Mr. Serry was at the same time working on the Middle East Peace Process. He was part of a United States-led mission for the Two-State Solution; all initiatives failed to achieve a political window for the solution.

Mr. Serry noted that there have been three wars in Gaza since 2008, the most recent one occurring in 2014. The pursuit of the Two-State Solution started with the Madrid Conference in 1991, and time and lack of progress have made it a “vanishing prospect.”

At this point, Mr. Serry quoted Albert Einstein: “When you perform the same experiment and fail every time, it is a definition of insanity. This is a time for everybody, including the U.S., to revisit the peace efforts.”

He did not conclude that the Two-State Solution is over, but what is the alternative? The answer to one of the most difficult quandaries in international relations remains elusive. 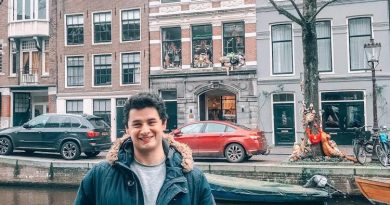 Why ISIS is Different 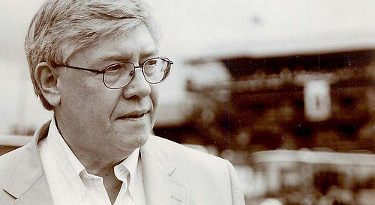