The migrant crisis in Europe is a hot button issue for global citizens. Millions of refugees have fled from Syria and a number of other Middle Eastern and African countries as they endure unstable governments and wars waged against terrorist organizations. Yet, more often than not, the topic of discussion is not how to stem the flow of people displaced from their homes, but rather how to house the many who are flooding national borders.

Over the past three years, there have been over 12 million displaced refugees from Syria alone. All are risking their lives in this process, and 2,800 lives have been called upon this year to pay the price.

However, there are also prices to be paid in pounds, euros, and dollars. A program called Mare Nostrum (Our Sea), now defunct in favor of a cheaper program, cost the Italian government approximately $11 million every month to rescue migrants from the Mediterranean Sea. The United States, a large source of humanitarian aid to Syria, has only taken in 1,500 refugees thus far, but has contributed $4 billion to the country. Turkey, who has taken in roughly two million displaced persons, reportedly spends over $7.5 billion dollars annually on incoming refugees.

According to a report by CNBC, the President of the European Commission recently announced plans to proportionately distribute 120,000 refugees across the EU, as well as establishing an emergency fund for the crisis, with a starting price tag of $2.1 billion.Despite the high costs of accepting new individuals, I believe there are advantages to immigration that countries in the EU and the globe should be aware of.

According to an article in the Economist, most countries have higher person intake abilities than estimated based on their current population size, land availability, and economic strength. Particularly in Germany, Chancellor Angela Merkel has voiced the need for an intelligent and fair dispersion of migrants, making it possible to accommodate a larger percentage of the estimated 800,000 migrants expected to arrive this year.

Germany and Italy, in particular, could benefit from having a younger work force brought into the country, as both cultures are usually composed of single-child households. As the German and Italian populations age, a deficit in the work force is looming. The jobs that incoming migrants could generate will lead to an increase in economic demand, a key aspect necessary for German and Italian markets.

I do not advocate for every migrant entering Europe to be given a place of residence. As much as that solution would make my humanitarian heart happy, I am also a practical person who can read the numbers. The sheer amount of refugees, if the trend continues as we have seen it in 2015, is simply too much. There are 28 open countries in Europe, and at some point the influx of people will cross the reasonable threshold of what an economy can handle.

However, I do think it is the United States’ moral obligation as a civilized nation to do as much as we can. There are economic benefits for countries that accept new immigrants as well as new possibilities for what a multicultural society can achieve. If the United States and Canada open their borders a little wider to accommodate more refugees, it will help alleviate the global problem. As for those who cannot be provided homes on new soil, solutions need to be found.

The task of finding home for millions of homeless and desperate people is an ethically sound cause, and with a little time, it could be an economically beneficial one, too. 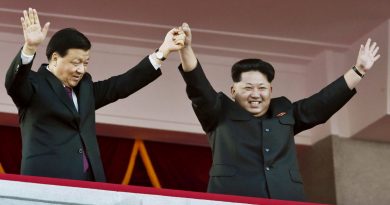 Goodwill Between North Korea and China Will Not Last 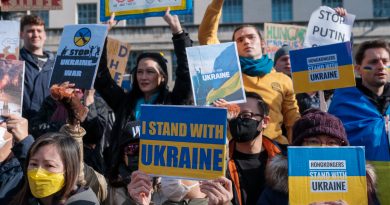