While I enjoyed experiencing a different language and culture in Costa Rica, I brought back much more than just pictures and souvenirs. To conclude my foreign correspondence, I would like to share a few of the lessons I learned during my semester abroad to inspire others to enrich their studies by spending time in another country.

The first lesson I learned was to look beyond my textbooks for real-life applications of the concepts that I was taught. Time spent reading case studies cannot compare to the knowledge received from witnessing the issues that books can only tell you about.

My trip to Costa Rica gave me insight into the effects of globalization in the everyday lives of people in smaller states. I witnessed the manner in which Costa Ricans voted against the gentrification of neighborhoods by American businesses with their dollars—rather, their colones. Every day, many intentionally spent their time and money on local businesses instead of Walmart, Starbucks, or any other American chain that set up shop over the last two decades.

I had the opportunity to speak to elders of the family who grew up buying bread from the same bakery as their parents had, and are now faced with the reality that, unless locals continue to resist what my host father called “the American invasion,” their grandchildren may not have the same opportunity. Making these connections allowed my Diplomacy studies to look less like statistics and theory, and more like people.

Secondly, while time abroad can give insight to the interesting differences between the lifestyles of different cultures, I learned that we are all much more similar than we think. Even though they came from a very different cultural background, my host family reminded me so much of my own. I easily made friends with my local classmates because, although I am American and they are Costa Rican, we were tackling the same problems that come with carving our places in society.

Finding similarities between yourself and others is key to being an effective diplomat—so often, the problems that we face on a global scale are the result of us feeling threatened by those different from ourselves. By studying abroad, you gain a clearer understanding of the fact that racial, gender, and economic inequality are problems that we all face and must work together to solve.

Though these lessons are important to me, they are only a portion of what I gained from my study abroad experience. I also gained a new family and lifelong friends. Most importantly, I gained a broader view of the world that I live in and one day hope to serve. This trip may be over, but I hope to go abroad again in the future, and I encourage others to do the same! 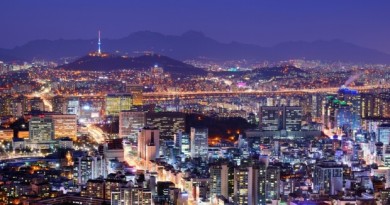