With a resurgent and recalcitrant Russia, the unrelenting campaign of ISIS and economic and security concerns dominating the European Union, the international community and United States face surmounting instability. The recent coup and subsequent power vacuum in Yemen will only augment the nature of the present crisis.

While the Islamic State has successfully dominated media and security concerns, its predecessor Al Qaeda and more specifically Al-Qaeda in the Arabian Peninsula has faded into obscurity. The Parisian attacks on French cartoonists, allegedly committed by AQAP reflect the necessity of maintaining a sustained interest and Yemen.

On January 22, President Hadi and senior cabinet officials deprived Yemen of a functioning government and the United States of a premier ally in its counter terrorism campaign. Yemen, recanted and recently invoked by Obama as a hallmark of successfully orchestrated counterterrorism operations, has concerned security analysts long before it concerned journalists. Following September 11, former President Ali Abdullah Saleh flew to Washington to meet President Bush and proclaim his allegiance to the United States in its War on Terror, according to Journalist Jeremy Scahill. Saleh permitted American Special Forces and drones within Yemen, in return for military and economic aid.

The Houthi’s rise to power elucidate the imperative for altering the prerogatives of the American campaign. The Houthi’s who represent only 35 percent of Yemen’s population according to the Washington Post, once held considerable power before being removed in the 1960’s. They have since suffered marginalization and persecution at the hands of the regime. American involvement only served to exacerbate their decrees about an ineffective government. The Bureau of Investigative Journalism maintains that 108 drone strikes have been conducted in Yemen since 2002, resulting in the deaths of over 96 civilians. In conjunction, Yemeni security forces frequently conduct raids which further isolate the population. Saleh, who was deposed in 2012 has been accused of directing and orchestrating Houthi attacks. American policymakers should be hesitant to deride anti-American rhetoric permeated by Houthi rebels and cautious not to misappropriate ostensive loyalties.

Despite vociferous protest against American efforts, the Houthi’s a Shia group equally despise Al-Qaeda and have routinely assaulted and struck at their positions. The previous year witnessed heavy clashes in the countries southern ports, with Houthi rebels engaging and killing multiple militants and depriving them of territory according to Al-Jazeera. Additionally, the U.S. Drone strikes continue as January 26 and 31 witnessed the death of senior AQAP commanders according to the New York Times and corroborated by Al-Qaeda, who praised their sacrifice. American policy makers have been in contact with Houthi commanders, but thus far have proved unsuccessful. The ability to cultivate a relationship with a newly established power is crucial to ongoing war efforts. This will require a dynamic and reinvigorated military approach coupled with policies designed to reverse years of government neglect.

command significant authority in the country to reduce AQAP’s influence. This plan is reiterated by Charles Schmitz, President of the American Institute for Yemen, who confirmed that “local committees” and government forces drove Al-Qaeda from territory they controlled.

In order to obtain their support, efforts must be made to improve the relationship with between the government and Yemeni civilians. Schmitz confirms “If people feel the government is on their side, they will work with intelligence and the police to help root out illegal activity.”

Yemen remains among the Arab world’s poorest nations despite its oil wealth. According to Ahmed Shammakh, two percent of the population controls eighty percent of its wealth. The country suffers from chronic poverty, with 50 percent of the people living severe poverty. Yemen isn’t just impoverished, it’s experiencing devastating droughts. Time recently reported that Yemen could be the first country to completely run out of water, due to unsound domestic policies including and as well as the diversion of resolves to support the drug trade. Corruption, which has plagued the government for years is often the source of animosity. While the regulation of water wells may seem trivial in relation to combatting terrorists, it’s ultimately the most efficacious tactic.

As Christopher Stevens, an international relations expert at the University of Pennsylvania told the New York Times “This is the time we move to provide them the aid to do more on the ground and let them do it. This Whack-a-Mole approach is not going to work anyway.” 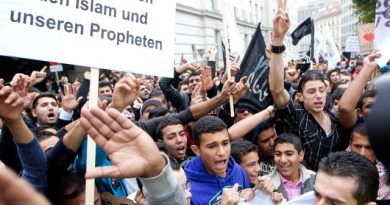 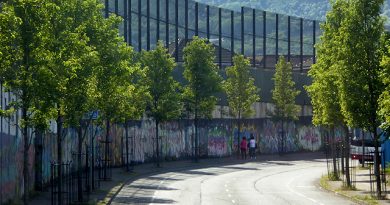