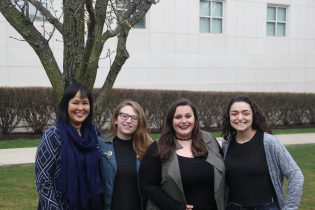 Pilot Study Team 2015-2016 (L-R): Cheree Quizon, Anastasia Bushey, Ellie Hautz and Michelle Prizzi (all photos courtesy of Nico Jardiel). Michelle, Anastasia and Ellie were students in Cheree Quizon’s Introduction to Linguistic Anthropology class in the Fall of 2015 and participated in the index card elicitation/class activity. With the support of a Digital Humanities (DH) grant, all three came on board as the inaugural DH interns for the Language Maps, Language Clouds project.

Cheree Quizon is a cultural anthropologist interested in material culture and ethnic identity with a lifelong interest in language. Born and raised in the Philippines where she grew up bilingually (Manila-based Tagalog and English), raised by a mom from Laguna (Tagalog) and a dad from Pampanga (Kapampangan). She pursued graduate studies in the US (PhD Anthropology, MA Art History & Criticism) which led to more languages acquired informally (Tagabawa Bagobo for fieldwork, Modern Greek for the grad-school marriage) as well as formally. She lives in Brooklyn where, happily, many languages as well as varieties of English abound. 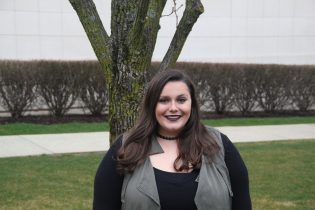 Ellie Hautz was a junior in the Anthropology program at Seton Hall University during the pilot phase of this project as data visualization lead (using Viewshare). Around the same time, she was also admitted into the MA program in Museum Professions at the College of Communication, also at Seton Hall. As a College of Arts and Sciences student, Ellie studied Italian for the first time and has happily fulfilled her foreign language requirement. She worked on her senior thesis in Anthropology and continued with her MA courses as looks forward to completing her graduate studies in 2019. 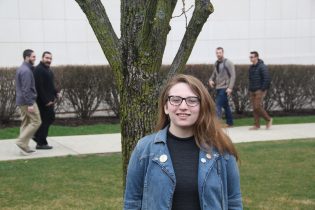 Anastasia Bushey was a senior undergraduate student at Seton Hall University during the pilot phase of the project as the Excel/data team leader. At the tiem she was working towards dual degrees in Social and Behavioral Science and Anthropology, with a minor in Psychology. Born and raised in Staten Island, her mother tongue is English.  She is currently trying to gain fluency French, which was found as a love in high school and college, and Swedish, to communicate with family that originates from there. With an admiration for Japanese and Korean culture, she would like to one day pursue learning the languages of both peoples, rather than just simply being exposed to them. She currently works for the New York Public Library and is an intern for the Staten Island Museum in their library and archives division. Interested in history and preservation, she is pursuing a career in library science and archiving, and looks forward to the strengthened and expanded understanding that languages may give. 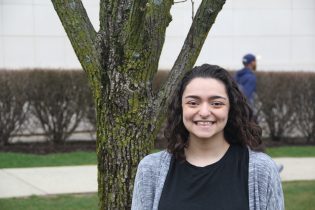 Michelle Prizzi was a junior studying Anthropology at Seton Hall University during the pilot phase of the project, pioneering the blog set up and design on the SHU WordPress platform. She has since completed her degree along with a minor in Archaeology. As a senior, she became involved in several research projects including work with stable isotopes, and hopes to one day be a Forensic Anthropologist in New York’s OCME office. During high school, she took 4 years of French and continued her education in the language during college. She loves that French is a global language and even reads the occasional French short story to stay sharp.

Year Two Team 2016-2017. Nico Jardiel, Stephen Patel and Laura Mendez (below) have joined the team and will take on Michelle’s, Ellie’s and Anastasia’s roles for the second phase of the project.

Raniel Jardiel (at right) was a senior Asian Studies major when he joined year two of the project as the blog coordinator. An enthusiastic student of Japanese language and culture, Nico, as he is known to friends and family, welcomed learning about the nuts and bolts of building and running a blog that focuses on language awareness, a topic that reflects his own education and interest in global cultures. 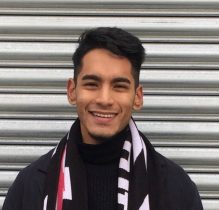 Stephen Patel (at left) was a rising junior during year two of the project and joined as the data visualization coordinator. With an Anthropology major and a Psychology minor, he hopes to make a difference through medical ethics and add an anthropological aspect to the conversation. Of Indian and Ecuadorian heritage, he’s interested in diglossia/multilingualism and the way culture impacts our growth and moral reasoning. During his free time he enjoys hiking, riding ATV, and being a food photographer in NYC. Traveling is one of his biggest passions and hopes to one day be able to incorporate this in his future occupation.

Laura Mendez (at right) was a junior majoring in Anthropology during year two of the project when she joined as Excel/data lead. She has since pursued a second major in Sociology, and two minors in English as well as Women and Gender Studies. Laura brought to the project solid prior working knowledge of Excel for qualitative applications and has written about some of the practical challenges of working with raw language data and the kinds of semi-structured written responses to verbal elicitations. 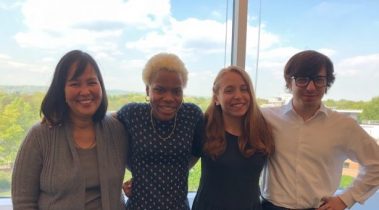 Cheree Quizon, Monet Watson, Cece Pateman, and Adam Varoqua. Monet, Cece, and Adam joined the team and took on Nico’s, Laura’s and Stephen’s roles for the third and fourth phases of the project. All three students were in Linguistic Anthropology in the Fall of 2017 and participated in the index card elicitation/class activity. 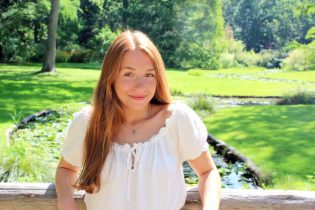 Cece Pateman  (at left) was a sophomore in the 4+2 Speech Language Pathology and Special/Elementary Education Program at Seton Hall University when she joined the project in it’s third year as data visualization lead. Her second major is Social and Behavioral Sciences with a minor in Psychology. She found a passion for anthropology after taking Linguistic Anthropology and Cultural Anthropology during her first year. Cece is extremely passionate about language, leading her to join this years Language Maps, Language Clouds project.

Monet Watson (right) was a junior double majoring in Anthropology and Sociology at Seton Hall University when she joined the project in phase three as Excel/data lead. She grew up in Sacramento, California and has wanted to be an anthropologist since she was 10 years old. National Geographic was a key influencer in her interest in the worlds cultures and language. One of her goals is to be a polyglot and she is currently working on her fluency in French, Portuguese, Japanese, and Arabic. Monet hopes that by being a part of the Language Maps, Language Cloud project she can to further her love for anthropology while getting to know a wonderful team of like-minded people. 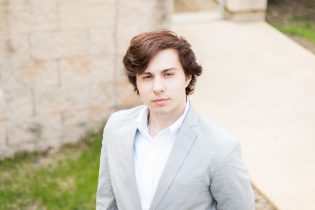 Adam Varoqua (left) was a senior double majoring in Psychology and Anthropology when he took on the role of blog editor/lead in the third year of the project. He found his love for Psychology from his own readings into the subject and was inspired to pursue Anthropology from his mentor Professor Janice Cobb through the Aim High summer program at William Paterson University during his high school years. Adam is excited to be a part of an amazing research team that is engaged in learning more about language around us.

Cheree Quizon was on a yearlong sabbatical during the Covid-19 pandemic and returned to teaching in the South Orange campus in Fall 2021. Over the past summer, two intrepid volunteers reached out, both high school students based in New Jersey.  Though these are early days, Harika and Justin L. were curious about Anthropology at Seton Hall and wanted to work on Anthropology-related projects. They did not know of each other at all but were brought together working on this  blog. They learned about language as a field of anthropological study, examined the contents of this blog and in the process, learned about the nature of qualitative data and elicitation methods. They compared 2016 index card data to 2017 online questionnaire data and shared their thoughts in the Students Say page. In the meantime,  let’s hear from them both:

My name is Harika I am a senior at high school. I am interested in pursuing anthropology in college. It was a pleasure to be apart of this amazing project, thank you so much! Read Harika’s blog post here.

My name is Justin L. and am a high school junior living in Morris County and am deeply interested in anthropology. In my free time, I’m a National Master in chess and enjoy participating in tournaments and teaching chess as a community service project.  I’m grateful to have been able to work with Professor Quizon this summer. Read Justin’s blog post here