Vantictumab is a fully human IgG2 monoclonal antibody that binds to and inhibits Frizzled 7, a transmembrane receptor protein that contains an N-terminal signal sequence, 10 cysteine residues typical of the cysteine-rich extracellular domain of Fz family members, 7 putative transmembrane domains, and an intracellular C-terminal tail with a PDZ domain-binding motif. 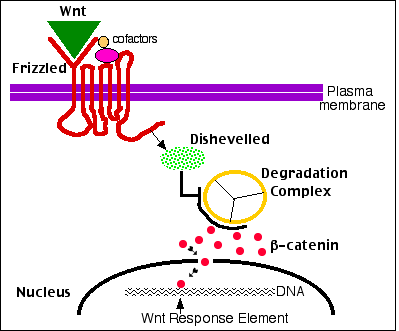 This signature successfully predicted the response of 8 additional and independent (PDX) breast tumors. Using the 6-gene qPCR RUO (research use only) assay, the signature score from the microarray data was further refined using 12 PDX HER2- breast tumors with known in vivo response to vantictumab with SOC. The prevalence of the 6-gene signature was established using ~100 HER2- breast cancer samples. A robust 6-gene RUO-validated assay was developed as a predictive biomarker for vantictumab in HER2- breast cancer. 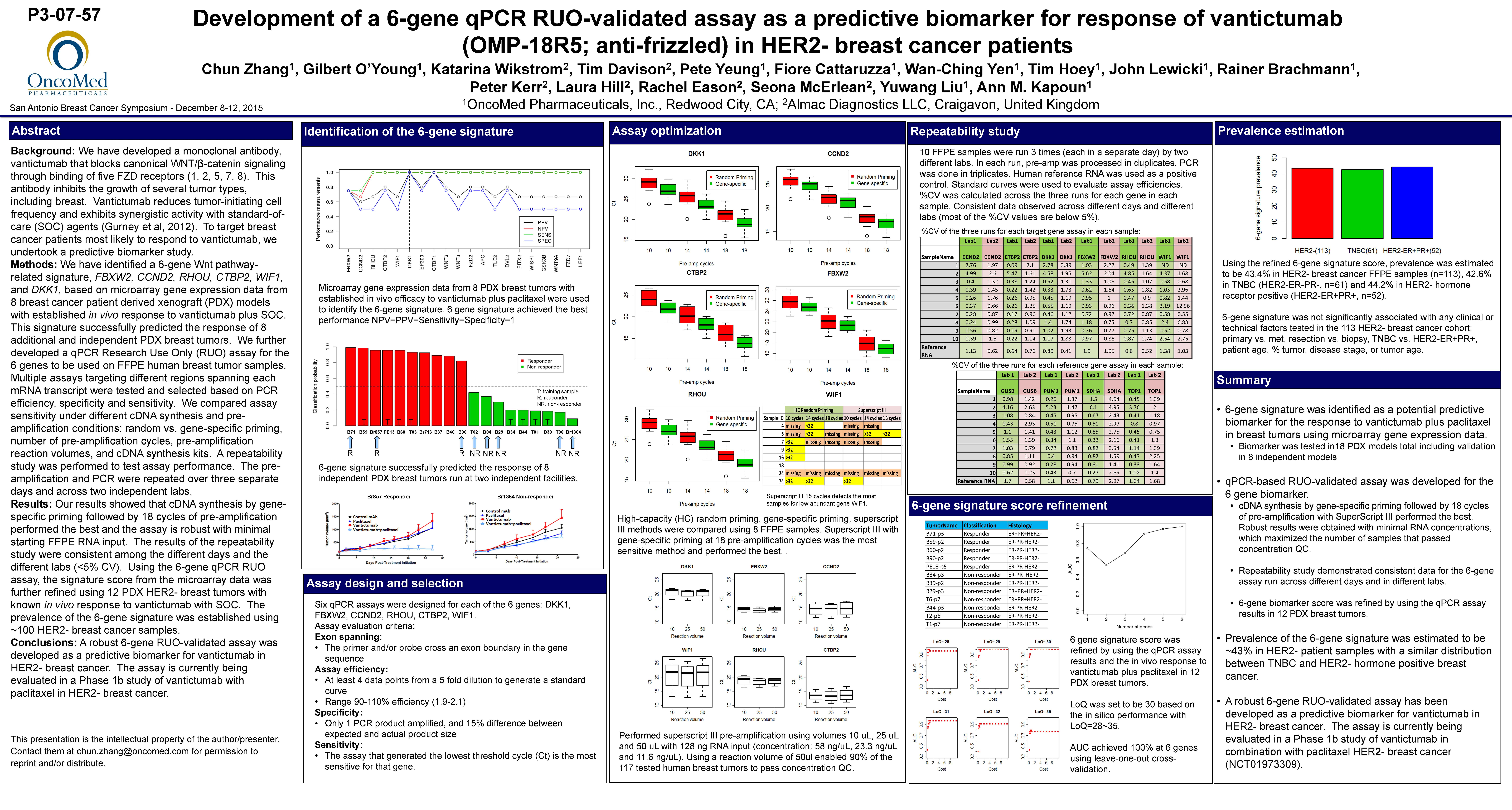 In another pre-clinical study of vantictumab and paclitaxel in non-small cell lung cancer (NSCLC), Wnt pathway targets including AXIN2 and LEF1 were down-regulated significantly by vantictumab in both sequential dosing and same day dosing with paclitaxel, confirming the mechanism of action. From a series of 7 in vivo efficacy PDX experiments, LEF1 was identified as a predictive biomarker of vantictumab response and achieved the best performance with cross-validated positive predictive value (PPV) = negative predictive value (NPV) = sensitivity = specificity = 100%. Strong correlation was also observed between LEF1 gene expression and the ratio of tumor volume. Furthermore, LEF1 was able to successfully predict the response to vantictumab in 2 independent NSCLC PDX models. Prevalence estimation for LEF1 ranged from 35% to 50% based on public microarray datasets. LEF1 was also found to be significantly correlated with the response to vantictumab in combination with paclitaxel in 12 NSCLC PDX models (p=0.0162), indicating LEF1 as a potential predictive biomarker of the response to vantictumab as a single agent and in combination with SOC in NSCLC. 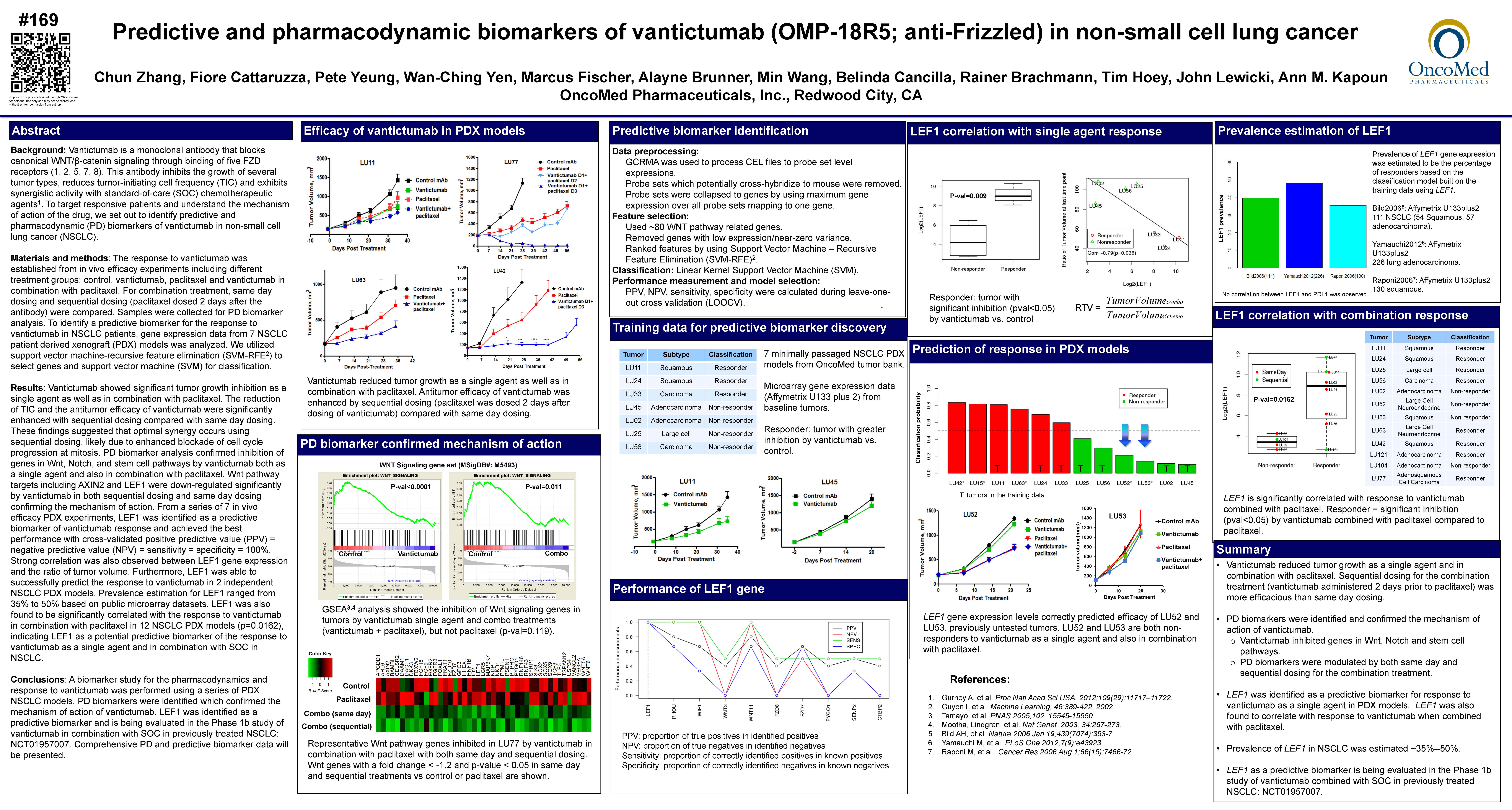 LEF1 is being evaluated in the Phase 1b study of vantictumab in combination with SOC in previously treated NSCLC. This gene encodes a transcription factor belonging to a family of proteins that share homology with the high mobility group protein-1. The protein encoded by this gene can bind to a functionally important site in the T-cell receptor-alpha enhancer, thereby conferring maximal enhancer activity. This transcription factor is involved in the Wnt signaling pathway, and it may function in hair cell differentiation and follicle morphogenesis. Mutations in this gene have been found in somatic sebaceous tumors. This gene has also been linked to other cancers, including androgen-independent prostate cancer. Alternative splicing results in multiple transcript variants. 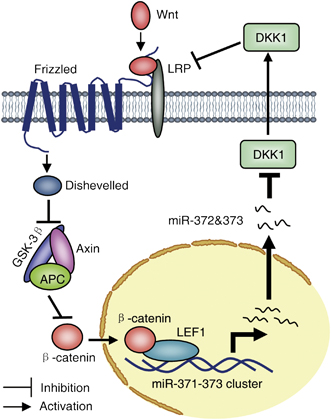