Celldex’s vaccine against the mutated epidermal growth factor receptor (EGFRvIII), reduced the risk of death from the disease by 47% in a 73-patient randomized Phase 2 study called ReACT. In addition, the survival rate at two years was 25% for patients given the vaccine versus none in the control group. It marks the first time an immunotherapy treatment has improved survival in a randomized trial of glioblastoma patients, researchers said. It is also among the first cancer vaccines to show a survival benefit.

Rindopepimut (Rintega), is a genetically engineered peptide designed to trigger an immune system response to a specific cancer marker called EGFRvIII. That molecular marker can be seen in up to 30% of patients with glioblastoma. This mutation involves the extracellular binding domain (EGFRvIII) and results in a constitutive firing of the tyrosine kinase residues that activate the Akt/PKB pathway.

Distinct mechanisms of small-molecule inhibitors and monoclonal antibodies for targeting receptor tyrosine kinases in cancer cells. (a) Epidermal growth factor receptor (EGFR) and receptor tyrosine kinase (RTK)-dependent growth signaling in cancer cells. The extracellular region of EGFR consists of four domains, the ligand-binding domains (L1 and L2) and the cysteine-rich domains (CR1 and CR2), and the C-terminal domain of EGFR contains six tyrosine residues (Y; only two are depicted here for simplicity). Following the activation of EGFR by ligand binding or ligand-independent dimerization, the Ras–Raf–MEK–MAPK pathway is activated through the growth factor receptor-bound protein 2 (GRB2)–SOS complex. EGFR-mediated signaling also activates the phosphatidylinositol 3-kinase (PI3K)–AKT pathway, which contributes to anti-apoptotic effects of EGFR activation. Additionally, signal transducer and activator of transcription (Stat) proteins (STAT1, STAT3 and STAT5) are also activated. The coordinated effects of these EGFR downstream signaling pathways lead to the induction of cellular responses including proliferation, differentiation, cell motility, adhesion and angiogenesis. The deregulation of EGFR-mediated signalling in some cancer cells leads to aberrant proliferation, invasion, metastasis and neovascularization. (b) Small-molecule tyrosine kinase inhibitors (TKIs) such as gefitinib function as ATP analogues and inhibit EGFR signalling by competing with ATP binding within the catalytic kinase domain of RTKs. As a result, the activation of various downstream signalling pathways is blocked. Each TKI has a different selectivity for RTKs, and some are dual- or multi-selective, which might provide a therapeutic advantage. (c) By contrast, therapeutic monoclonal antibodies (mAbs) bind to the ectodomain of the RTK with high specificity (for example, cetuximab binds to the L2 domain of EGFR, and thereby inhibits its downstream signalling by triggering receptor internalization and hindering ligand–receptor interaction. Unlike small-molecule inhibitors, mAbs also activate Fcγ-receptor-dependent phagocytosis or cytolysis by immune-effector cells such as neutrophils, macrophages and natural killer cells by inducing complement-dependent cytotoxicity (CDC) or antibody-dependent cellular cytotoxicity (ADCC). MAPK, mitogen-activated protein kinase; MEK, mitogen-activated protein kinase kinase. http://www.medscape.com/viewarticle/550008_3

Rindopepimut is conjugated to Keyhole Limpet Hemocyanin (an immune adjuvant), which elicits a humoral (antibody) and cell-mediated response. EGFRvIII is tumor-specific epitope expressed on approximately 20%–30% of GBMs, 78% of breast carcinomas, 73% of ovarian carcinomas, 42% of head and neck squamous cell carcinomas, and 39% of non-small-cell lung cancers. EGFRvIII expression typically occurs in the presence of wild-type EGFR overexpression, occurring in 58% to 65% of such cases. As wild-type EGFR overexpression most frequently occurs in primary (de novo) GBM and rarely in secondary GBM (those that progress from low-grade tumors), EGFRvIII expression is most common in primary tumors.

Although not all glioblastoma cells express the mutated EGFRvIII receptor, those that do secrete growth factors (including IL-6) that drive the growth of cancer cells that do not express the mutated form of the receptor. EGFRvIII may also be expressed on glioblastoma stem cells. EGFRvIII expression is associated with more aggressive cell growth and invasiveness: in clinical studies of temozolomide (Temodar, a DNA alkylating agent indicated for front-line treatment of glioblastoma) plus radiation therapy, patients with EGFRvIII cancers had a statistically significant median survival than patients with wild-type EGFR – 14.4 months versus 18.2 months (p = 0.032). 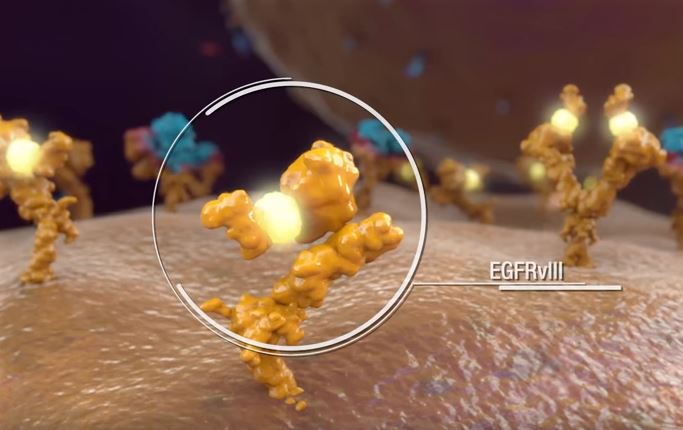 LEGEND – See this video for more information about glioblastoma and rindopepimut. https://www.youtube.com/watch?v=VNLvQDSN7H4

ACT IV is a 2-arm, randomized, Phase 3 study investigating the efficacy and safety of the addition of rindopepimut to the current standard of care, temozolomide, in patients with recently diagnosed EGFRvIII-positive glioblastoma who have had surgery and radiation plus treatment with temozolomide.  Patients are randomly assigned to receive rindopepimut (given along with GM-CSF as a vaccine adjuvant) or keyhole limpet hemocyanin (KLH; used as a control), each along with temozolomide. KLH, an immunogenic carrier protein is one of the ingredients in the rindopepimut vaccine, but it is not expected to have significant anti-cancer activity when given alone at this low dose. It used as a control to ensure that patients are treated in a blinded fashion (neither the patient nor the doctor will know which arm of the study the patient is on). Patients are treated until disease progression and all patients are followed for survival. This trial is currently ongoing but is not enrolling patients.

“The long-term survival benefit observed in this (ReACT Phase 2) study is unprecedented as it is exceedingly rare for patients with highly aggressive, EGFRvIII-positive glioblastoma even in the newly diagnosed setting o live beyond two years,” said David Reardon, clinical director of neuro-oncology at Boston’s Dana-Farber Cancer Institute. “Most striking perhaps is that not only are patients living considerably longer, they are also living better, with minimal side effects and a reduced need for steroids.”

The company is currently conducting a larger Phase 3 study of 440 patients, called ACT IV, in those with EGRFvIII-positive glioblastoma. That study is intended to be the linchpin of an application to the FDA. An interim analysis of that data is expected to be performed by an independent data monitoring board in early 2016. It’s possible that the trial could be stopped early based on an early review of the evidence, if the drug is offering a survival advantage with a high degree of statistical confidence.

Down the road, rindopepimut could be combined in interesting ways with other treatments. Some of the immunotherapies known as checkpoint inhibitors from Bristol-Myers Squibb BMY -0.41% and Merck are designed to “release the brakes” on the immune system, allowing T-cells to attack tumors that would otherwise remain hidden. The Celldex “vaccine” approach could naturally be complementary, because it’s sort of like “pressing on the accelerator,” or showing the immune system specifically what it should be attacking as foreign.

Additionally, use of Optune in combination with Avastin (bevacizumab) demonstrated reduced  risk of death of 39 percent compared to patients treated with bevacizumab alone (HR=0.606, p= 0.0428) in second-line treatment of glioblastoma. 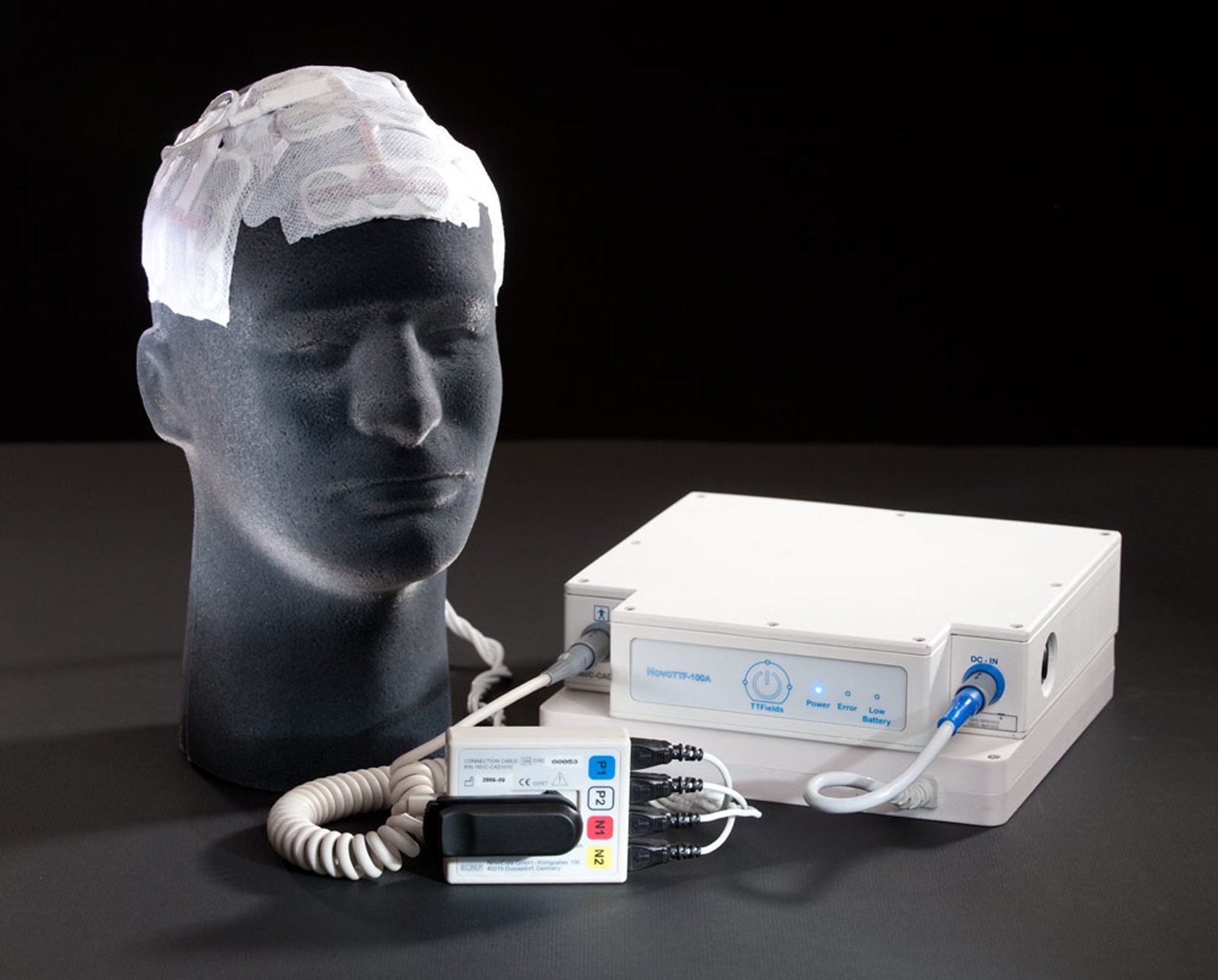 Tumor Treating Fields (TTFields) therapy is delivered by a portable, non-invasive medical device designed for continuous use by patients. In vitro and in vivo studies have shown that TTFields therapy slows and reverses tumor growth by inhibiting mitosis, the process by which cells divide and replicate. TTFields therapy creates low intensity, alternating electric fields within a tumor that exert physical forces on electrically charged cellular components, preventing the normal mitotic process and causing cancer cell death. 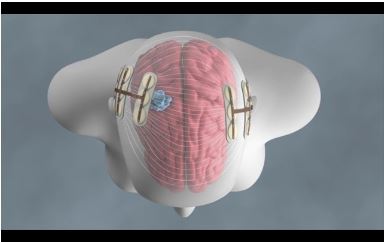 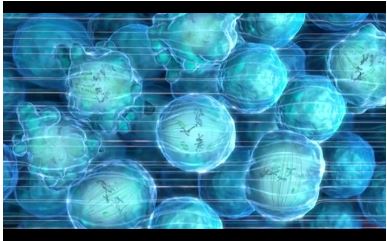 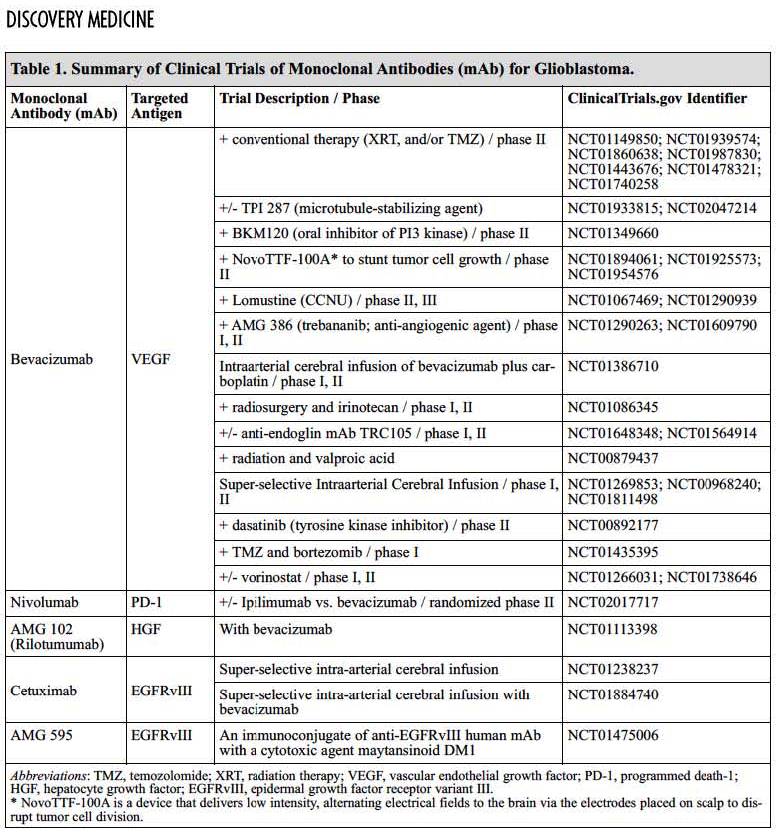