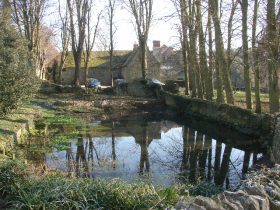 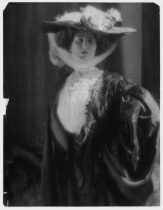 Anthony LaRocco
Dr. Carpentier
Modern British Literature
20 November 2017
Garsington Manor
Garsington Manor in South Oxfordshire, England has a long and interesting history dating back to the sixteenth century. In the late sixteenth century, a manor house in the town was built using the old buildings of Abbington Abbey. The manor was owned by the Wickham family and the ownership of the building by the Wickhams was a transitional time for the building [“In 1780 Anne Wickham, the heir to the manor, married Thomas Drake Tyrwhitt-Drake of Shardeloes, Bucks (qv), in whose family the manor remained, largely tenanted and unaltered”]. This would be the case until 1914 when Ottoline and her husband Phillip would buy the estate from the Wickham family.
Although the Morrells bought Garsington Manor in 1913, they would not move into the manor until 1915. From the start of the Morrells’ occupancy, Garsington Manor would become a haven for the arts and a refuge from London and more importantly, the war. Robert Gathorne-Hardy notes in Ottoline at Garsington: Memoirs of Lady Ottoline Morrell 1915-1918, “By 1915 life in London had become entirely changed by the War Politics and our old interests had been swept away and there seemed no spot that one touched that didn’t fly open and show some picture of suffering, some macabre of death” (Gathorne-Hardy 31). In other words, Garsington was meant to be an escape from the war and its hectic life and carnage. This would make sense because Phillip Morrel, Ottoline’s husband was part of the anti-war movement, a movement that would involve many other members of the intelligentsia of England. Garsington Manor’s status as a haven for the arts resulted in itself, the birthplace of many literary and artistic ideas. One of the more prolific writers at Garsington Manor was D.H (David Herbert) Lawrence. What was more interesting was that the inspiration for his characters in his works was Lady Ottoline Morrell. One such example was Women In Love. Lady Ottoline Morrell writes in a letter to D.H Lawrence that, “On I read, chapter after chapter, scene after scene, all written, as far as I could tell, in order to humiliate me”. This was Lady Ottoline’s reaction to D.H Lawrence’s novel. D.H Lawrence used Lady Ottoline Morrell as a figure of satire. This in turn leads to many others to mock and satirize her. What made her a figure of satire so much? Lady Ottoline was known for two things primarily; her dress and her many affairs (Lady Ottoline was known to have affairs with Lawrence, Bertrand Russell, and Siegfried Sassoon to name a few). This made her a perfect target for attack. Other literary connections existed at Garsington. Men such as Siegfried Sassoon, Aldous Huxley, and many of Virginia Woolf’s Bloomsbury Group also spent time at Garsington.
Besides the literary connections, Garsington Manor was also known as a symbol of luxury. One of the most notable changes done by the Morrells was the famed Italian style gardens. The Villa Capponi near Florence, Italy inspired the garden itself. The garden also had literary influences as well. One such example is in Virginia Woolf ‘s short story Kew Gardens. The story itself is concerned about conversations around the garden and the garden at Garsington Manor is the influence of the garden in the short story. The interior at Garsington Manor is also one of greatest importance. In the painter David Garnett’s autobiography The Flowers of the Florist “The oak panelling had been painted a dark peacock blue-green; the bare and sombre dignity of Elizabethan wood and stone had been overwhelmed with an almost oriental magnificence: the luxuries of silk curtains and Persian carpets, cushions and pouffe”. Ottoline made Garsington not only a place for literary figures to meet but also a chance for Ottoline to show off Garsington. It was the garden and the interior of the house that made Garsington Manor its reputation. The Morrells would eventually sell the manor in 1928.

Garsington Manor went through quite a number of owners and purposes after the Morrells. Its most known purpose after the ownership by the Morrells was its status as an opera house thanks partly to Leonard and Rosalind Ingrams, who owned the property from 1982 to 2005, the year Leonard died. Garsington Opera House would remain at its location until 2010 where it was moved to nearby Wormsley Estate but still keeps the title Garsington Manor. 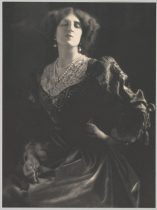 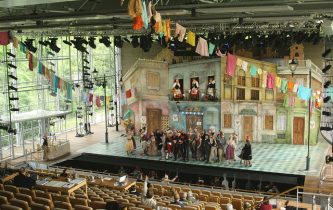 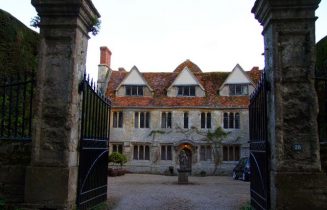