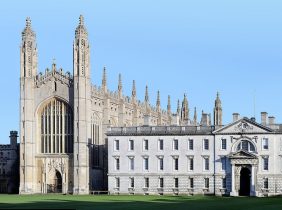 The Founding of Kings College

King’s College is a part of  the University of Cambridge in Cambridge, England. The college was founded in the year 1441 by Henry VI; however, due to the Wars of the Roses there was no enough funds for the college to be finished. Then in the year King Henry VII took interest in the college and finished its construction in the year 1508. The most distinguished part of this college is its chapel and is regarded as one of the greatest examples of Gothic English Architecture. The chapel also houses the world’s largest fan-vault in its interior. The stain glass windows that are present in the chapel are considered some of the best of their era. While the college was founded much earlier the chapel’s construction began in 1446 and was competed in 1544, under the rein of King Henry VIII. 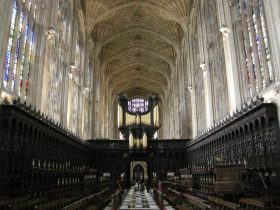 Over the years the college has obtained many notable alumni, including Virginia Woolf and E.M. Forster. Forster attended the college from the year 1897 to the year 1901. Forster’s attendance to Cambridge allowed him to broaden his intellectual horizons from the rigid English culture he was raised in. Forster would eventually use the term “day student” as a criticism for public schooling and how it stifled creativity. Forster felt that in public schools children were forced into one of thinking, not allowing for any explortation in academia. His attendance to King’s college exposed him to the Mediterranean culture and allowed him to explore his own intellectual interests. At King’s College Forster began to question his Catholic morals and question his more traditional values. He began to break away from what he was thought and started to become his own man. In his first two years at Cambridge Forster was given a 2nd class degree in Classics and then after another two years was given another 2nd class degree in History.  He used what he learned, both academically and socially, at Cambridge to make his stories and works that one day would be known and read by many. 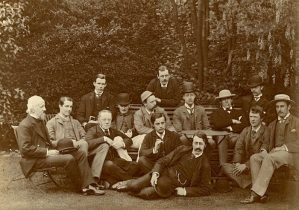 During his time in Cambridge he became a part of the secret group known as the Cambridge Apostles, which later went on to be known as the Bloomsbury Group. The group discussed all types of topics that usually consisted of philosophy, ethics, and politics. Forster influence by this group and the college he attended can be seen in his novel The Longest Journey. Forster commented on his work, discussing what Cambridge meant to the main character.

“Cambridge is the home of Rickie, . . . his only true home; the Cambridge of G. E. Moore which I knew at the beginning of the century: the fearless and uninfluential” (Forster).

As a member of the Cambridge Apostles Forster discusses many topics and shared his opinions on various subjects. One topic that came up often in this group of people was World War I. In fact several of the Apostles, including Forster, where completely opposed to the idea of the war. Forster wrote to another member of the Apostles and his friend, Lytton Strachey, about his thoughts on the war.

“I have one of the simpler forms of war-malady – can only think of young men killing each other while old men praise them” (Forster).

He also writes to Strachey about how he had begun teaching.

Forster also mentions famous authors and members of the Cambridge Apostles in many of these letters, authors such as D.H. Lawrence, Virginia Woolf, and Leonard. These letters are good examples of how Cambridge made Forster into his own man. The letters contain his own intellecutally formed thoughts and opinions on matters such as the war. 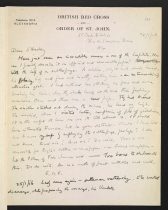 King’s College today is a landmark for tourists coming to London. Even after all this time the chapel is still revered as one of the greatest architectural pieces to be built. However, the college is not only known for its chapel’ amazing architecture and stained glass windows found within it. The college is also famous for its choir that broadcasts a Christmas Eve service around the world. Currently the school has an acceptance rate of 20.8% and has about 700 students. The college has over 20 different subjects that students can study and explore during their stay at King’s. Even today the college is still known for its famous alumni and the influences they have had on the world of academia. 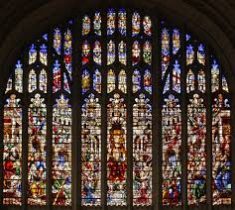