“Why are You Going to Pakistan?” 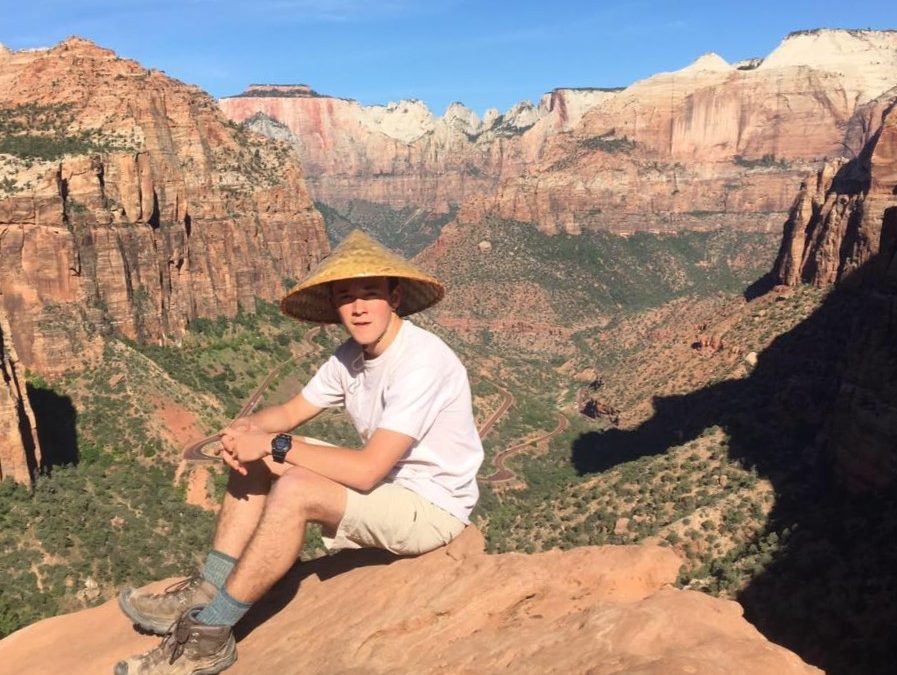 By: Andrew Wilson
Andrew Wilson is an undergraduate sophomore at Seton Hall University’s School of Diplomacy and International Relations.  He has double majors in Diplomacy and Modern Languages (Arabic & Spanish) and a minor in Middle Eastern Studies.  Upon graduation, Andrew aspires to build a field based career in international development involving interpersonal communication through critical language interpretation.

I took a deep breath, dialed the number, and pressed call… “Hi Mom, are you sitting down?  I think I’m going to Pakistan.

It was an overcast and mild September morning, a normal Northern New Jersey day.  I left the dorm early to grab my usual yogurt and banana breakfast from the cafeteria, but that is when my day began to change.  Instead of walking to my usual 11am Spanish literature class, I made a sharp turn and headed to the other side of campus to meet a complete stranger and talk about traveling to a country I knew little to nothing about.

When I explain to my peers the work that the U.S.-Pakistan Interreligious Coalition does, I am often met with quizzical expressions, awkward smiles, and “oh that’s nice.” Admittedly, I too was somewhat perplexed when I first read the program’s advertisement on the weekly Diplomacy School E-News advertisement listing.  Nonetheless, I introduced myself at the interest meeting and was met with a genuine smile and a heartfelt welcome from every other person in attendance.  This open willingness to be the catalyst for positive change is exactly the message that UPIC stands to uphold.

When travelling to any country outside the first world, there is certainly a clear line between the comfortable and the unreasonable.  Indeed, many worst-case scenarios sprung into my mind when I first contemplated boarding a plane to Islamabad.  Even today, media headlines drone endlessly with myriad negative messages about South Asian geopolitical affairs.

America’s military involvement in Afghanistan recently lurched into its 18th year, and pressure continues to build in the India-Pakistan conflict while diplomatic policies remain disoriented. Most disappointingly, it appears that neither the United States nor Pakistan has made significant progress for positive intergovernmental relations since former President Barack Obama declared the death of America’s most wanted terrorist in Abottabad nearly 8 years ago.

The German idealist philosopher Georg Friedrich Hegel once said, “to define one is at the same time to define the other.” Nonetheless, every so often, it is necessary to have a short and undefined memory.  As grim as the current picture may be painted, UPIC stands to send a message of encouragement and change to those who dwell on past failures: That was then and this is now.  After all, Hegel also said, “Nothing great in the world has ever been accomplished without passion.”

This message is exactly why I, a normal twenty-year-old American from Long Island, will join a diverse team and travel to Pakistan to promote the role of religion in building constructive, peaceful relations through face-to-face connections.  Indeed, although many see religion as a tool for conflict, UPIC chooses to think otherwise by promoting faith as a mechanism for interpersonal empowerment.

Again you ask, why me specifically? Surely there other people better suited for the task.  Surely there are countless reverends, rabbis, and imams who can work these things out amongst themselves. I acknowledge and answer yes to all such questions.  However, that such questions arise is exactly the reason for my enthusiasm.  Sometimes it takes the perspective of someone wholly removed from the paradigm to alter the status quo.  Sometimes it takes the vision of a complete outsider to change the revolving door debate.

Of course, I offer a position of unwavering reverence to my personal beliefs and respect to the established dialogue.  However, when global political discourse consistently revolves around egoism, exclusion, and outright hate, it becomes necessary to shift the spotlight back to the themes of love, empathy, and understanding that constitute all three faith communities represented in UPIC’s delegation.

Ultimately, it is the attitude of acknowledging differences through compassion instead of competition that drives me to join the UPIC team.  I may not be the ideal fit, and it may not be the perfect environment, but these conditions only strengthen the need for individuals to step out of their comfort zones, break the stereotype, and extend the first hand.