When a devastating earthquake hit Haiti in August 2021, countries and international organizations from around the world expressed their concern and sent aid in the form of donations and emergency relief. However, many Haitians fear that aid from international organizations and governments will not effectively help those in need. As a parallel, they note that many relief efforts during the 2010 earthquake, no matter how well-intentioned, were considered either lackluster or failures by sources such as the Pulitzer Center. Many in the country hold that the promises made to affected communities were not realized, as previous projects and relief plans failed to create an outcome that benefitted Haiti and allowed it to recover. This article seeks to show the full extent of the failures of the international community in aiding Haiti in past disasters, such as the 2010 earthquake, as well as explore the exploitation of Haiti during these times by states and international organizations. For the international community to respond to Haiti’s most recent earthquake most effectively, it must first understand these past failures.

The August earthquake in Haiti occurred amidst severe political turmoil in the country surrounding the assassination of Haitian President Moise. Due to political instability, poverty, and financial issues coupled with damages from past disasters, Haiti has had a hard time dealing with the aftermath of the earthquake. Haiti’s struggle dealing with natural disasters also stems from foreign interference in the country since its independence. Western powers—mainly the United States—have exploited Haiti since the country’s creation and continuously attempted to make the country dependent on other states through programs disguised as aid. The U.S. also invaded Haiti in 1915 and 1994 under the guise of “national security,” which weakened Haiti’s ability to build itself as a nation post-independence.

During the 18th century Haitian Revolution, the United States armed French slave owners and promised to do anything to stop the revolts. Thus, even before the creation of Haiti as a republic, the U.S. and other powers intervened and attempted to stop the island from becoming an independent state. France also continued to harm the new state by imposing debts onto Haiti as retribution for the war. Stanford Law Review explains that the U.S. monopolized on Haitian import markets in the 1900s, eventually taking control over Haiti’s banking systems in 1910 and fully occupying the country in 1915. The U.S. had sole control of Haiti’s internal finances, government funds, debts during the 1910s, driving the country into total financial ruin and holding it vulnerable to other states. The U.S. ended its armed occupation in 1934 but continued to control Haiti’s finances until as recently as 1947, which meant that Haiti has no real control of its finances and thus no financial stability which affected how the country responded to disasters.

Caribbean Quarterly speaks of how President Jean-Bertrand Aristide, the first democratically elected leader in a long time, was strongly opposed to U.S. neoliberal policies that were pushed for the country to adopt. He was later forced into accepting said policies after the 1994 invasion, including reforms to suit foreign investors and create an “export-oriented” economy. This made Haiti even more dependent on foreign goods and aid, making the country vulnerable to changes and disasters and more dependent on foreign nations.

Many U.S.-run organizations such as USAID and the Clinton Foundation continued similar motives of advancing foreign and U.S. control through neoliberal policies in years after 1994. Within these programs, Haitians had little input in deciding what needed to be done. The policies of the Clinton Foundation and USAID consisted mainly of attracting foreign multinational companies to Haiti by creating factories and infrastructure that Haitian taxpayers would have to pay for. As explained by The Guardian, these efforts have been considered by many to have failed in aiding Haitians. The approaches used by the organizations are almost identical to policies the U.S. had been pushing into Haiti throughout the country’s history to make Haiti more dependent on the U.S. and other powers.

There were also many reports of mismanagement of finances and mistreatment and abuse of Haitians by international organizations whose very purpose is to help. NPR uncovered the American Red Cross’ mismanagement of almost $500 million by spreading lies about how much was accomplished and keeping aid away from Haitians who were promised money. The Red Cross has stated that it has built homes for almost 130,000 people, while only six homes had been built at the time of inspection. The Red Cross also stated that its fundings have gone to 4.5 million Haitians. However, former Haitian Prime Minister Bellerive has stated that Haiti did not even have a population that large that was affected by the earthquake in 2010. It also promised new infrastructure to towns and cities while working with local people; however, many reports have described that the organization did not maintain contact, and it has done almost no work in many of the places it says it has.

There have also been numerous accounts of abuse by members of aid organizations, most notably by Oxfam, which has been accused of unspecified sexual misconduct in an investigation in 2011. Other NGOs alongside Oxfam were discovered to have similar cases. Late Haitian President Jovenel Moïse accused Medecins Sans Frontiers of having to repatriate 17 of its personnel for misconduct in Haiti and has had 24 confirmed cases of misconduct, though the organization did not specify where. Although it remains unclear what occurred, abuse has been speculated as a possibility, showing the full extent of how rampant abuse of civilians was in NGOs.

Showing further the recklessness of international organizations, Reuters finds that at the beginning of relief efforts in 2010, UN peacekeepers dumped sewage into a river, which introduced cholera to the region and started a deadly epidemic that is still ongoing. While the UN claimed no legal responsibility, many Haitians still hold the organization and their workers responsible for the epidemic.

Haiti’s crises in disaster relief stem from a long-rooted history of exploitation and forced dependence by foreign powers, as well as an air of indifference, imperialism, and neglect from many of the aid organizations and programs that were intended to help. To help Haitians during this new crisis, the international community must be fully cognizant of the history of this exploitation and misconduct, as only then will states and organizations be held accountable for their crimes against Haiti. Awareness would also educate people on where to donate money and what organizations effectuate the highest impact, while also spurring action against states who have continuously exploited Haiti. 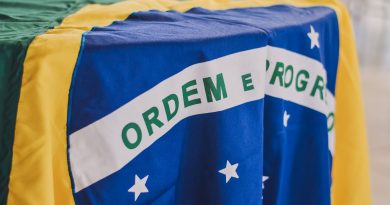 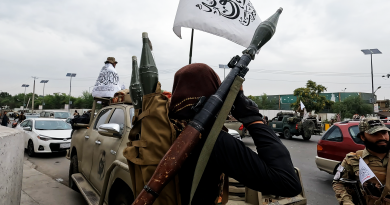 The Compounding Terror and Migration Crises