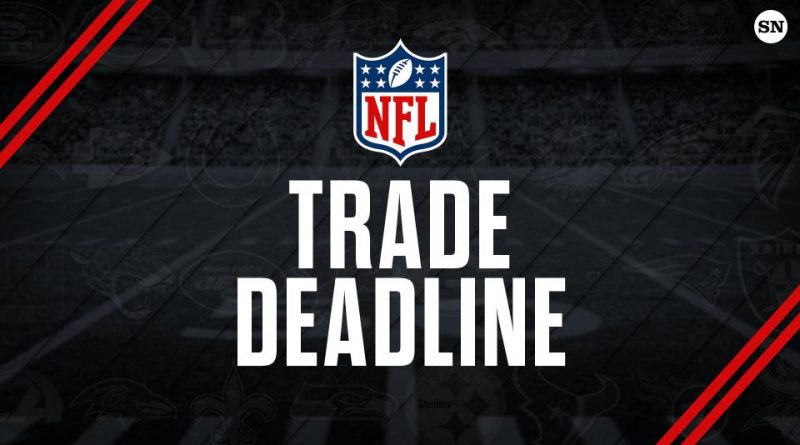 There are many trades in the National Football League (NFL) throughout the summer coming into the season as teams try to trade for the players to help them improve the upcoming season. Teams who do not end up getting that good start of the season makes their big trades during the season and right before the deadline on November 1st.

Many teams look for what they are missing or need in a position during the season so they can make the right trade decisions leading up to the deadline. Teams like the Baltimore Ravens, Kansas City Chiefs, Philadelphia Eagles, San Francisco 49ers and many more teams made great trades to make their teams even better. Baltimore added linebacker Roquan Smith from the Chicago Bears for a second-round pick and a fifth rounder. Smith will fit well and help them out a lot on the defensive side. Chicago added wide receiver Chase Claypool from the Pittsburgh Steelers to help Justin Fields more on the offensive side with them not really having any other good starting receivers. Kansas City added wide receiver Kadarius Toney from the New York Giants in exchange for a third-round pick and a sixth-round pick. Toney hasn’t played much this season due to injury, but he is a good pick up for the Chiefs and another weapon in their arsenal. The undefeated Eagles traded for another great piece in Robert Quinn, an edge rusher from Chicago, in exchange for a fourth-round pick. After New York Jets running back Breece Hall who was having an excellent season so far with the winning Jets tore his ACL they acquired James Robinson from the Jacksonville Jaguars for their 2023 sixth round pick. Robinson fills a hole for the Jets that Hall’s injury created and he should be a solid fit. With these trades there are even more that will have a great impact on the teams like the 49ers, Jacksonville Jaguars, Minnesota Vikings, and the Miami Dolphins.

Starting with the San Francisco 49ers, they acquired running Christian McCaffrey from the Carolina Panthers for a great sum of draft picks. Including three of the 49ers 2023 draft picks and one of their 2024 fifth round picks. McCaffrey adds to an already dynamic offense that already has wide receiver Deebo Samuel and tight end George Kittle along with their other rising stars. Minnesota also added another great player to their amazing lineup they have this year with them coming to a hot start at 7-1. They traded for tight end T.J. Hockenson from the Detroit Lions for a second round pick and a third round pick. Miami also had some great pick-ups on both sides of the field. The Dolphins acquired linebacker Bradley Chubb from the Denver Broncos for their running back Chase Edmonds and picks. To replace Edmonds, they added running back Jeff Wilson Jr. from San Francisco. The Jags also added wide receiver Calvin Ridley, who is suspended for the rest of this season, but he will be a great offensive weapon for Trevor Lawrence next season. With many of their already great teams picking up more pieces we will have to see if it can boost them even further.