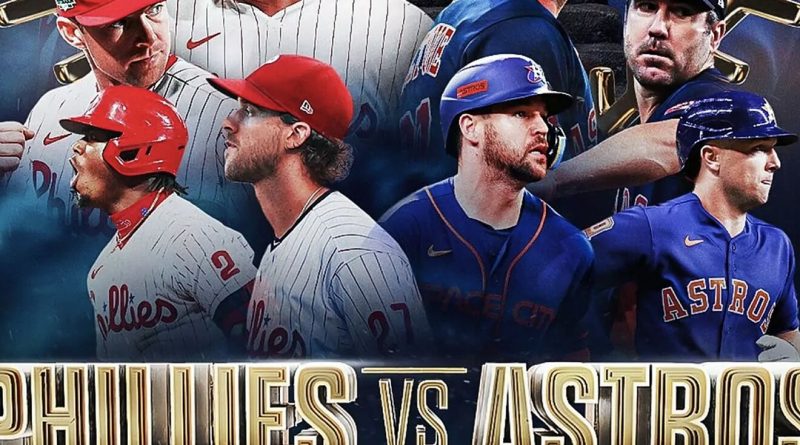 With the 2022 World Series coming to an end, the Houston Astros defeated the Philadelphia Phillies in 6 games, giving them their second World Series in the past six years. The Astros, despite still facing criticism from the cheating scandal in 2017 have been able to overcome all adversity they have been facing since. The Phillies, despite losing the series, were able to compete very well, but in the end, could not fully compete with the Astros completely loaded team.

After Game 1 where the Phillies defeated the Astros 6-5 in Houston, the script completely flipped on the series as Houston was a different animal at home, but the Phillies came in and took the first game thanks to a clutch homer from Nicholas Castellanos who gave them the lead in the 10th inning. In Game 2, the Astros were able to bounce back winning 5-2 thanks in part to a gem thrown by Framber Valdez, giving up one earned run in 6.1 innings and striking out nine batters.

After two games in Houston, the series was tied 1-1 going back to Philly, and the atmosphere in Philadelphia come playoff time is like any place we have ever seen. Game 3 was a blowout with the Phillies winning 7-0 with clutch homers coming from Bryce Harper, Kyle Schwarber, Rhys Hoskins, and a great pitching coming from the bullpen. The hype for the Phillies was at an all-time high after this game, but unfortunately, it went completely downhill from there. In Game 4 the Phillies were no-hit by Cristian Javier, Bryan Abreu, Rafael Montero, and Ryan Pressly. All of Philadelphia’s momentum gained from Game 3 was completely washed away. Game 5 and the final game in Philly was a close one but the Astros squeezed out the win by a score of 3-2 with rookie shortstop Jeremy Pena hitting a home run in the 4th inning to give them the lead. Pena was the Astros best player in the series which lead to him winning World Series MVP.

Game 6 was back in Houston after three games in Philadelphia and the Astros were ready to secure the championship on their home turf. The Phillies took a 1-0 lead in the sixth inning, but just a half inning later Yordan Alvarez would hit a three-run home run and Christian Vazquez would drive another run in as well. The Astros won the game 4-1, securing them their second World Series title in franchise history.

Despite the cheating scandal in 2017, and losing star players such as Gerrit Cole, George Springer, and Carlos Correa, the Astros show no matter what comes their way they can overcome, adapt, and remain one of the best teams in Major League Baseball.