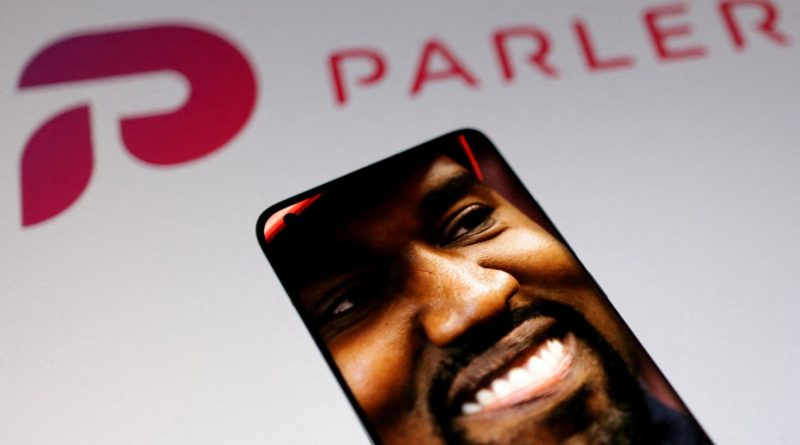 Renown rapper and businessman, Kanye West, now known as Ye, has been in headlines over the past few weeks for making various anti-Semitic comments and tweets. In the wake of these comments, large social media platforms such as Twitter and Instagram have taken action, locking Ye out of his accounts on their platforms.

In response to these social media bans, Ye has agreed to buy Parler, a social media app backed by over $50 million in outside funding. The app was launched in 2018 and designed to be a place for people to voice their opinions without repercussions. This has made it popular with many Americans who disagree with content interference and regulations on big social media platforms.

This acquisition has followed a recent trend in backlash to content limitation. Other platforms founded on the premise of free speech have seen a massive influx in memberships, as more big-name influencers like Donald Trump and Andrew Tate have gotten banned from the larger social media platforms. These bans have sparked debate throughout America over whether or not it is ethical for social media companies to regulate certain discussions on their platforms.

Parler itself has also been a controversial topic. In 2021, it was removed from both the App Store and Google Play for involvement in the January 6th attacks on the capitol. However, it has since reinstated on to both platforms.

Ye’s intent behind acquiring Parler is to ensure that not only himself, but other conservatives across America have a safe space to voice their opinions. In a statement released by Parler, Ye says “In a world where conservative opinions are considered to be controversial, we have to make sure we have the right to freely express ourselves.”

Ye is not the first to try to make a move towards unrestricted social media platforms. Ye’s friend, Elon Musk, has been in the news over the past few months for his efforts in acquiring Twitter. He has taken over the social media giant for $54.20 a share. Musk has called himself a “free speech abolitionist,” and is determined to make Twitter a place where anyone can express their opinions freely, without fear of being banned. With big social media companies continuing to crack down on their users for posting certain content, we can expect to see more and more influential people like Ye and Musk making a stand for free-expression content.