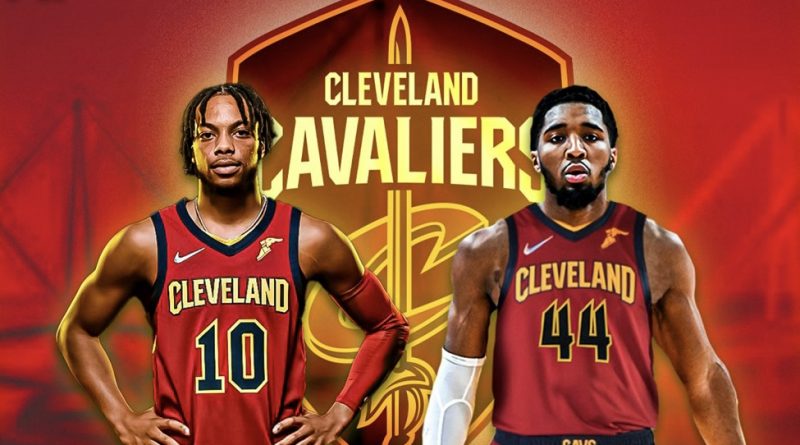 The Donovan Mitchell blockbuster trade has finally happened, but it was not to the team that many were expecting. The 26-year-old all-star was acquired by the Cleveland Cavaliers in exchange for three first round picks, two pick swaps, Lauri Markkanen, Ochai Agbaji, and the biggest piece, Collin Sexton. The rising guard had a breakout season in 2021, before tearing his meniscus only 11 games into last season.

The reason why many, including myself, took this trade as a surprise was because the team that had been heavily spoken about in the Mitchell trade sweepstakes was not the Cavs, but the New York Knicks. In typical fashion, the Knicks missed out on an all-star, but I can’t say it is necessarily their fault. Their trade offers to the Jazz were arguably better than the Cavs offers, with the likes of Obi Toppin, Immanuel Quickley, and Mitchell Robinson being some of the names involved, as well as numerous first round picks. However, the Jazz would not budge on these offers and decided to take Cleveland’s offer instead. This undoubtedly makes the Cavs a contender in the East, as they have a solid young squad with guard Darius Garland, and big men Evan Mobley and Jarrett Allen, just to name a few of their growing young core. While Cleveland improves greatly from this trade, the Jazz continue to strongly decline, now losing their two best players after they also had traded away three-time Defensive Player of the Year winner Rudy Gobert to the Minnesota Timberwolves. Many sources now have the Cavaliers towards the top of the Eastern Conference, hovering around 50 wins and in the 3rd-5th place range. Again, on the completely opposite side of the spectrum, the Jazz will now most likely be a bottom feeder team in the league. While Sexton is a very solid young guard on the rise, it most likely won’t be enough to even make a play-in spot in a tough Western Conference, especially when you consider that Utah has still been in trade talks for most of their veterans, including Bojan Bogdanovic, Mike Conley, and Jordan Clarkson. With that and also already getting rid of Royce O’Neale, it seems that most of the players who have led the Jazz to the playoffs for the past six seasons may be gone, and they will more than likely be with the likes of the Oklahoma City Thunder and Houston Rockets as young teams looking to boost their roster through their future draft picks.

With all this being said, of course the Knicks find a way to somehow be the punchline, with many mocking the fact that the fanbase was once again so confident and hopeful the team would get a superstar caliber player, but again those plans falling through. Like I already mentioned though, the team in the Big Apple would have had to give up a lot of their future, and along with the previously stated players, young star RJ Barrett was involved in the talks as well, and that is a player that is key to the Knicks present and future. This trade shakes up the NBA in many ways, to add onto the hectic deadline in which we have seen moves such as young guard Dejounte Murray going to the Atlanta Hawks, Malcolm Brogdon going to the Eastern Conference Champion Boston Celtics, and Jerami Grant going to the Portland Trailblazers, just to name a few. All of these moves make for what is sure to be an exciting season ahead, in which the field will hope to stop the dynasty that is the Golden State Warriors from repeating as champions again. The Donovan Mitchell trade makes the Cavaliers a force to be reckoned with in the league, and time will tell to see if he and the rest of the young core could take Cleveland back to the promised land.