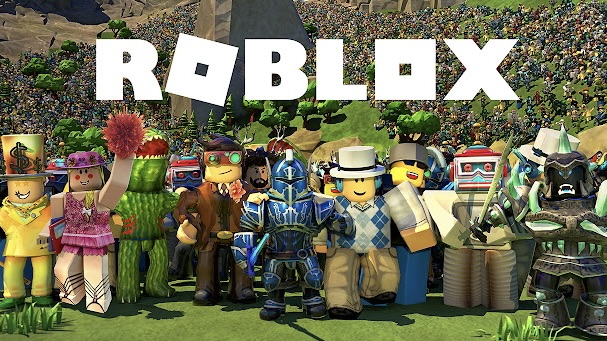 It is not easy to advertise in the metaverse.

The nonprofit watchdog organization, Truth In Advertising, filed a complaint with the Federal Trade Commission accusing Roblox of “deceptive marketing.” The complaint addresses that it allowed concealed advertising, indistinguishable from its genuine content, to reach the platform’s mostly youthful audience. In addition, they allege that Roblox has “completely shirked its responsibility” in adhering to advertising laws on the kids’ gaming platform.

According to the complete complaint, several prominent American organizations, including Netflix, Nike, Hasbro, and Mattel, are named companies with games on the platform that engage in misleading marketing techniques. Roblox claims to have almost 55 million active users daily, and according to Statista, most of its population is under 14.

Roblox is a video game and “metaverse” platform aimed mainly at kids. Many of the games, which Roblox refers itself as “experiences,” are created by Roblox users rather than the corporation. However, many big-name firms have begun to use Roblox games to promote their products in recent years. For example, Hasbro offered a Nerf Gun shooter, Mattel an open-world Hot Wheels game, and Sega of America most recently worked with a business to develop a Sonic the Hedgehog game on the platform. In its complaint, Truth in Advertising argues, “advertising is being surreptitiously pushed on millions of unsuspecting Roblox users because a public company has failed to establish any meaningful guardrails to ensure compliance with truth in advertising laws on its platform.”

The debate goes into considerable detail to discuss and analyze many issues with Roblox’s advertising practices, but much of it boils down to unmarked or undeclared advertising in various ways. For example, truth in Advertising claims that young children have difficulty distinguishing between “advergames” — games meant to promote specific companies or items — and typical user-made games. The study gives an example of searching for Stranger Things, with the search results unable to distinguish between the paid Netflix game and fan-made versions. According to the Roblox community guidelines, developers that include commercials in their games “remain responsible for all advertising content, and must follow the Community Rules, the Terms of Use and all other Roblox rules.”

Roblox Corp. responded to Polygon’s request for comment on the lawsuit with the following response  Roblox is dedicated to providing a happy and secure environment for our users and developers. We have firm limits for developers who wish to promote or utilize advertisements in their experiences, including particular regulations to safeguard users under the age of 13, expectations that all developers follow our Community Standards, and zero tolerance for fraud or scams. In addition, we have strict policies and monitoring mechanisms to counteract anything intended to exploit or deceive people. We also invest heavily in developing methods to reward artists for their work while ensuring that ad experiences are transparent and comply with current rules and regulations.

The 44-page lawsuit from Truth in Advertising details specific examples of deceptive marketing tactics in Roblox. Real-life gamers, for example, function as brand ambassadors for the platform’s virtual content and engage with users in Roblox games. However, according to the lawsuit, Nike influencers who spend time on Roblox, “purchase” Nike stuff, and chat to individuals playing the Nike game aren’t “disclosed in the material connection to Nike” within Roblox.

“Wherever endorsements take place, advertisers must fulfill their duty to ensure that the form, content, and disclosure used by any influencer, at a minimum, comply with the law. Even in the metaverse, companies are legally responsible for ensuring that consumers, whatever their age may be, know that what they are viewing or interacting with is an endorsement,” Truth in Advertising said. “And despite the transitory nature of avatar influencers participating as walking, talking endorsements within the Roblox metaverse, no brand (including Roblox) is permitted to ignore its legal obligation to disclose these endorsements.”

“Virtual worlds like the Roblox metaverse are poised for an era of explosive growth,” Shana Mueller, director of communication for public policy and advocacy at Truth In Advertising, told SmartBrief. “Now is the time for the FTC to ensure that the guardrails are in place to prevent deceptive marketing from becoming the norm.”