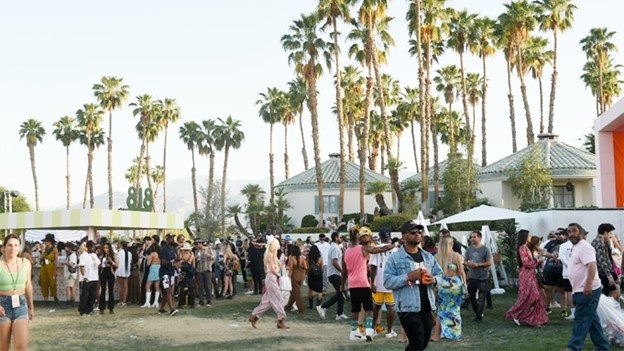 Coachella Festival is a long-awaited event that happens every year. This annual music and arts festival takes place in California. This festival aims to celebrate popular musical artists ad well as emerging artists. Companies work to sponsor Coachella whether it is by providing an experience, food, or another form of integration at this festival.

Revolve Festival is one of those Coachella events that many attendees and artists look forward to. After two years of downtime due to the pandemic, Revolve was finally coming back to the lineup. Revolve’s festival was an invitation-only event where guest were to be transported to and from the event. Revolve oversaw guest arriving to the event which caused a bit of a mess when things are not organized well enough.

Influencers invited to the event resorted to social media to express their disappointment in Revolve for allowing the commotion that was the event. Content creator Averie Danielle Bishop spoke on her TikTok of the “chaos” and mentioned the very long wait to be transported to the event. Influencers mentioned that it took them hours to be transported by Revolve and there was no other way to get to the event. Many influencers compared this event to that of 2017’s horrible Fyre Festival, where stars were invited and then stranded on an island in hopes of an amazing event taking place, which never did. For Revolve, this is an extremely negative thing to have attached to their name and it is going to take a lot more than just a statement for the company to come back from.

After much backlash from several other attendees, Revolve was being dragged through the dirt for the unorganized and messy transportation system

they had going on. Furthermore, Revolve issued their response to this backlash. Focusing on the fact that safety was their main priority, Revolve expresses their concern for the issues that happened. Revolve said, “as the festival was reaching capacity late Saturday afternoon, shuttle access to the venue was limited in order to remain in compliance with safety requirements, causing longer wait times for entry and resulting in some guests not being able to attend the festival.” An issue like this can look horrible on a company that is working with Coachella because again, it is an annual festival that many look forward to.

In this case, Revolve did a great job at issuing a response to all the backlash considering many influencers and people with major platforms were speaking on the problem. It is a difficult task to manage a big event while prioritizing safety. In their statement, Revolve did apologize for the experience that their guest had and for the misunderstandings.