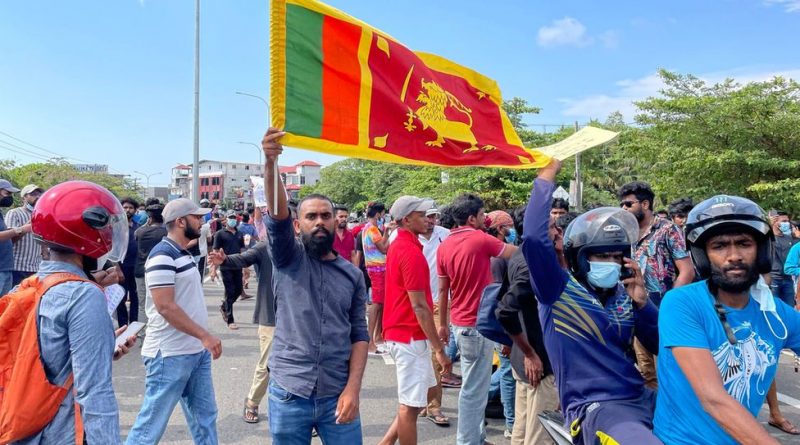 Thousands of protesters in Sri Lanka have gathered in the streets to demand the resignation of President Gotabaya Rajapaksa as the country deals with its worst economic crisis in decades.

The South Asian island nation’s foreign currency reserves are running dangerously low, meaning that the country is having a hard time paying for imports, some of which being certain key goods such as food and fuel. This is resulting in prices for goods and the overall cost of living increasing dramatically, which in turn has led to shortages. This has led to the current economic crisis, the country’s worst since 1948 when it gained independence from the British Empire.

The primary cause of this is a lack of good economic management on the government’s part. The initial seeds of the crisis can even be traced back to 2009, when the country emerged from a 26-year long civil war. At the time Sri Lanka chose to focus on its domestic markets as opposed to exporting to foreign countries, meaning that the country was paying more and more for imports and not making enough income from its exports. The government has also accumulated a large amount of debt from funding “unnecessary infrastructure projects.” At the end of 2019, the country had $7.6 billion in its foreign currency reserves. Just a few months later, by March 2020, that number had decreased significantly to just $2.3 billion.

All of this has not stopped the government from blaming other factors for the cause of the crisis. The pandemic is a big factor, as it has almost completely ruined Sri Lanka’s tourism sector, one of its biggest industries. Officials also bring up a series of bombings that took place in the country in 2019 as another reason why tourists are not visiting. It also does not help that Rajapaksa imposed tax cuts when he came to power in 2019. While this might seem like a good thing on the surface, it meant that the Sri Lankan government had less money to spend on foreign currency to increase its reserves. Since then, the government has asked the International Monetary Fund for assistance, as well as accepting loans from multiple countries including India, China, and Japan. It has also prohibited the imports of what it deems as “non-essential items,” ranging from cars to shoes.

Since the protests began in early April, there have been multiple calls for Rajapaksa to step down as president, which he has refused. Even with the president declaring a state of emergency, imposing a curfew, and police armed with tear gas, the protesters will not back down. Rajapaksa has even removed these measures because they could not stop the massive backlash. The thousands of Sri Lankan citizens who have taken to the streets are making their case clear, chanting phrases like “madman Gota” and “go home Gota,” a reference to the president’s nickname. “People are starving, while Rajapaksas and their allies live the good life,” said one protester. “People won’t stop until Gota goes home.”