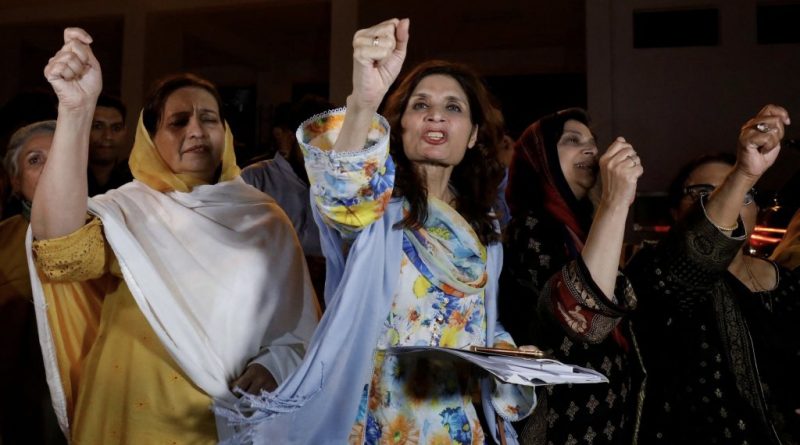 Pakistan has experienced a constitutional crisis and change of Government. Imran Khan, the former cricket-star turned politician was removed from the office of Prime Minister in a vote of no confidence, the first in the Nation’s history. Khan’s tenure as Prime Minister began encountering difficulty as Pakistan faced economic downturn.

Khan’s path to the role of Prime Minister is decades in the making. Khan used his celebrity status to kick start his political career as a populist outsider, promising to fight corruption and launch a rebirth of Pakistan. His leadership saw the country of nearly 230 million distance itself from the United States in favor of closer ties with China. While Khan had envisioned a Pakistan that would be a prosperous and robust welfare state, he struggled to achieve this goal.

After spending much of the 2010s leading his party Pakistan Tehreek-e-Insaf (PTI) as opposition, he was elected Prime Minister after his party’s success in the 2018 general election. The issues that caused Khan’s Premiership to plummet in popularity were primarily economic. 2022 has seen massive inflation in Pakistan which has hit the middle class the hardest, and affected much of Khan’s political base. Khan’s decision to take a $6 billion loan from the IMF complicated his efforts to transform Pakistan into a welfare state as the loan was conditional, requiring implementation of austerity on Government spending.

Khan’s political image has been characterized by detractors as contradictory. He spent much of the 1980s in London, his athletic success granted him access to elite and fashionable circles and he developed a playboy status. But transitioning to political ambitions in Pakistan he recast himself as a highly devout Muslim who would champion the poor of his country. Khan made a concerted effort to not antagonize the Taliban which operate in Pakistan’s neighbor Afghanistan and within areas of Pakistan itself. Khan even heralded the fall of Kabul to the Taliban as breaking, “the shackles of tyranny” and has refused to refer to Osama bin-Laden as a terrorist, and has instead called him a martyr. Khan has repeatedly criticized Islamophobia in the West. This posturing as a defender of Islam against the West comes in sharp contrast to Khan’s tone towards China especially concerning the Uighur Genocide, he endorsed the official Chinese account of events, and downplayed the proven ongoing human rights abuses.

As Khan’s replacement, Parliament elected Shehbaz Sharif as the new Prime Minister. Sharif, of the centrist Pakistan Muslim League (N) is the brother of three time former Prime Minister Nawaz Sharif. Shehbaz Sharif previously served as a minister of Punjab, Pakistan’s most populous region. He is expected to serve as Prime Minister at least until elections in 2023. Shehbaz is in a tough spot, as Khan continues to label him an agent of US influence, and prepares to launch a new bid for the Office. Sharif is expected to be a slightly moderating force on Pakistan, and while he is unlikely to distance the country from China, may cautiously begin to mend relations with the United States.