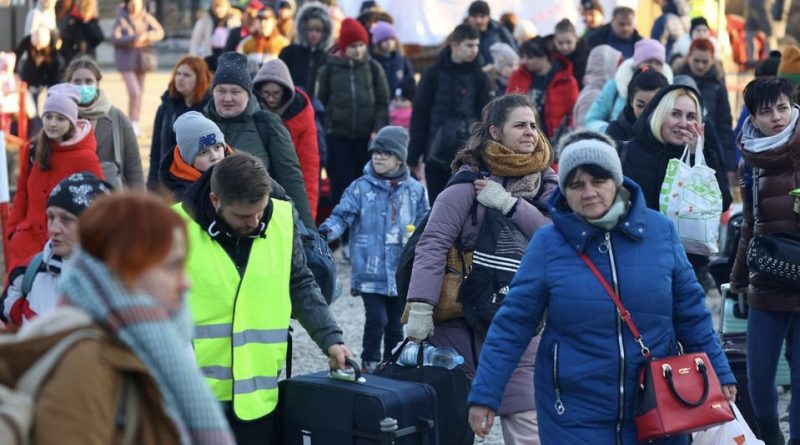 In the face of the Russian Invasion of Ukraine which began on February 24th millions of Ukrainians have fled to neighboring countries as refugees. The war has seen massive destruction of infrastructure across the country. In major metropolitan cities like Kyiv and Kharkiv, Russian artillery barrages have hit civilian areas such as apartment buildings and hospitals. In the earliest days of the conflict, Ukrainians began to pour into neighboring countries like Poland to find shelter, as of March 19th more than 3.3 million Ukrainians. Poland has welcomed the largest share of refugees.

By far the host of the largest number of Ukrainian refugees is Poland, which has seen over 2 million refugees cross into its border. Though many had hoped that Russia would not invade Ukraine, many European nations wanted to prepare for the worst given credible intelligence assessments by the US and allies that an invasion was highly possible. Polish officials began preparing in the event of a massive wave of refugees in the weeks leading up to the invasion. Mayors in eastern Poland were asked by the Government to ready accommodations. On the day of the invasion Poland readied new reception centers for Ukrainian arrivals and established special transportation to ferry those injured in the conflict to hospitals.

Polish localities that initially receive Ukrainian refugees have been staffed by numerous national and international charities, volunteers, and government officials. Goods ranging from clothing, to pet food are available for Ukrainians who cross the border. From there they travel either to other Polish towns or go beyond Poland to other European nations.

An aid to Ukrainians arriving in Poland is the fairly large presence of Ukrainian residents in the country before the invasion, for these refugees, finding shelter involved obtaining transportation to reach extended family or friends who already had a residence in Poland or elsewhere in Europe is much easier when there is already a safe destination. For many other Ukrainians, there is no such clear endpoint.

Poland, up until the invasion was somewhat divided on the possibility of Ukrainians entering the country, many resented Ukrianians joining the labor force and opposed an increased Ukrainian presence, but it seems the war has caused a massive shift in opinion. At the very least Poland’s government has been quite welcoming to Ukrainian refugees, adapting much of its infrastructure to allow Ukrainians to find safety. While opinion has changed, officials are wary of continuing to staff efforts without change, with many suggesting an increase in support from the Government and the rest of Europe will be necessary to sustain these efforts. The small city of Przemysl, home to 60 thousand people, has seen hundreds of thousands of Ukrainians refugees pass through it since the invasion began.

Polish hospitality has not been universal. Refugees fleeing to Poland from Ukraine who are not white have reported numerous instances of discrimination and hostility by both Ukrainian and Polish authorities. Accounts of Indian residents being barred from boarding trains, to Africans being beaten by Ukrainian guards suggest that racist attitudes towards people of color in both countries are all too common.

The Polish response to Ukrainian refugees stands in stark contrast with its policies concerning refugees from the Middle East and Sub-Saharan Africa. This is in part due to race, but also geopolitical concerns and interests. The 2021 border crisis between Poland and other EU nations bordering Belarus was not merely a natural inflow of refugees seeking safety, but a crisis manufactured by the Belarussian government in retaliation against EU sanctions. The 2015 European migrant crisis saw much of European politics give way or be influenced by more hardline populist anti-immigration rhetoric which shaped policy across the continent.

The Polish response to the Russian invasion of Ukraine has seen the European nation undoubtedly rise to the occasion, standing at the forefront of assistance to the Ukrainian Government and its people. While the Polish embrace of Ukrainian refugees is unlikely to be the beginning of a wider trend for refugees from further afield, it is nonetheless a remarkable and nimble national shift that is greatly benefiting the Ukrainian people.