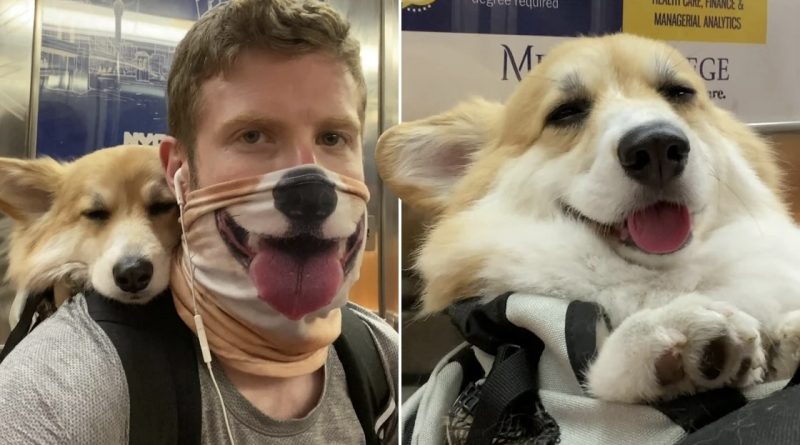 The explosion of influencers on social media platforms has formed a new creators industry. By simply posting your food, your outings, or your daily life, you can grow a following. Similarly, TikTok Influencer Bryan Reisberg posted his dog, Maxine the Fluffy Corgi. Instantly, his dog became a public figure and was recognized by thousands. Maxine now has 872K followers on Instagram. It is genuinely impactful what social media has been able to do and the community that users can create from one day to another.

Like most influencers, Bryan Reisberg created merch by his pet Maxine. A backpack with Maxine’s face, which is now worn by many. Although Bryan did something that most influencers are already doing (creating a product), he took it the extra mile and decided to market and advertise Maxine in a new way. On the Metropolitan Transportation Authority in NYC.

Many people might ask, “Why the MTA?” How did Bryan come to this decision of advertising outside of social media? His response is as clear as day and makes complete sense. Bryan explains that his reasoning behind taking the advertisement of this bookbag elsewhere was to have this bookbag of Maxine live outside of the social media platforms. He wanted to create something that was an out-of-home campaign. The advertisements were running everywhere throughout the NYC subway stations. The ads show the bookbag itself, but Bryan also offers his adventures with Maxine.

Little Chonk was created for travel through the NYC subway, and the MTA does require the dog to be in a bag. However, Bryan quickly realized the difficulty of finding a backpack that fit Maxine, where the idea of his bookbag came about. This was not only a great invention on his end but also something that his viewers would purchase if they also had a pet. Additionally, the location for the advertisement added relevance to the merchandise’s use. Taking advertisements to the subway was a genius idea because who needs the Little Chonk backpacks? People who take public transportation. The campaign debuted on January 10th, and when the bags were released, they were sold out within an hour. In addition, little Chonk’s Instagram account increased by over 3,000 followers after partnering with the MTA.

This partnership with the MTA was exciting for the influencer industry because Bryan takes his advertising outside social media platforms. However, he is explicitly placing the campaigns exactly where it is needed. Furthermore, Little Chonk has become the standard in all MTA Security advertisements encouraging people to use the book bag for their pets.