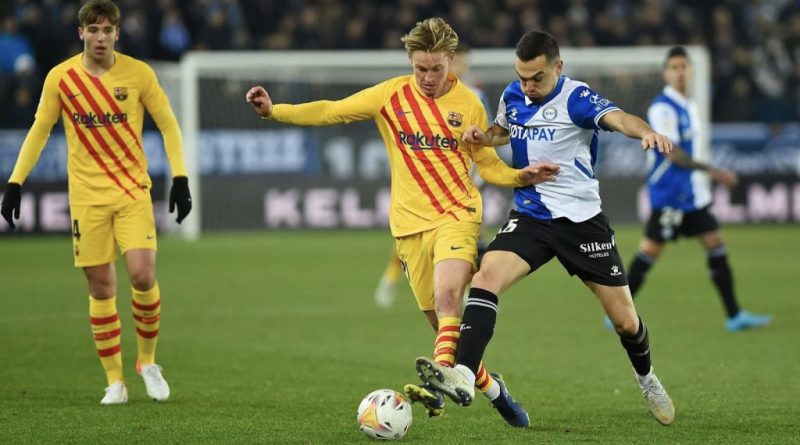 After a disastrous, monstrous, horrific presidency by Josep Maria Bartomeu, elections were called. A known past glory took over the club again, Joan Laporta. Laporta knew the financial situation was bad, but what he found was a surprise, it was worse than anyone could have imagined. The club was in the worst financial situation in its history. He had a club with overpaid players, an unsuccessful coach, and a broken locker room. Laporta had an idea: bring the club back to the good old days. But to get back to those past glories the club had to have the same strategy as in those days, young players, possession game and an offensive style. After not being able to extend Messi’s contract, Laporta had to sell and lend some of his highest paid players. A new season started still with Ronald Koeman as a head coach and his first season was subpar.

In a desperate move, the board made the decision that it was time to bring in a club legend. After only a couple of seasons coaching in Qatar, Barca decided to bring in Xavi. When Xavi got to the club they were dealing with a multitude of problems: a lack of energy from the players, poor positioning in the league, and being at the edge of elimination in the Champions League group stage. Xavi’s impact was not immediate, and an elimination in the Champions League group stage meant the team would have to play the Europa League. The winter market came and Laporta showed his abilities, bringing a new front three to the team. Ferran Torres would get to Camp Nou at a cheap price, but his salary meant a big sacrifice, extending Umtiti’s contract to get his salary down. Adama Traore would be next, coming from Wolverhampton at a loan with a buying option. And after having a lot of trouble in Arsenal, Pierre Emerick Aubameyang, also known as Auba, joined the club. With a new attacking three, it was all in Xavi’s hands.

The second part of the season did not start well. The team was beginning to have some moments in which Guardiola’s and Cruyff’s ideas were reflected. Barcelona won three games, lost two, and tied one during January. The two defeats were in two semifinals, the Spanish Super Cup against Real Madrid and the Copa del Rey against Athletic. Their game against Real Madrid was the highlight of that stretch as Barcelona played one of their best games in a while. They dominated the whole match, yet the lack of experience by both players and coach showed itself against the best Real Madrid since the end of the Cristiano Ronaldo era.

Right after the winter transfer window was over the last day of January, Barcelona faced one of the most demanding games against Atletico Madrid. With all the new players in the team, Xavi was able to have a great impact on the team, a very offensive team with fullbacks attacking and scoring, playing possession game, and each player performed to the fullest of their capabilities. The game ended 4-2 and gave the fans new hope. After tying a brutal derby, Barcelona faced Napoli in the first leg of the Europa League playoffs. A great game by the team that could have been a blowout, but Ferran Torres missed various vital chances. The game ended with a tie, but many positive conclusions were drawn. The first was Ousman Dembele who had been in many conflicts with the club. Dembele was booed as soon as he came into the game just to prove that he can be a difference maker for the club as the game progressed. Then, Barcelona went to Mestalla, and Auba scored a hat trick to complement Frenkie de Jong’s goals in a 4-1 away win against Valencia. The second game against Napoli had Frenkie for the first time playing as he played in Ajax, one of the best midfielders in the world. A 4-2 away win took the team to the next round. Three days after, Barcelona won 4-0 against Athletic and started March by winning an away game against Elche.

If you’re a Barça fan, there are a couple of questions: Why Traore and not Dembele? And why is crossing their leading opportunity creator? They tied with no goals in that match, and now they have to go to Turkey and win in the most problematic stadium in Europe. The strategy must be simple. Ter Stegen in goal, (right to left) Dest, Pique, Araujo, Alba, with Alba and Dest constantly attacking. Pedri, Busquets, and Frenkie in the midfield, with Busquets falling behind, Pedri and Frankie building those triangles in the sides and helping outside the box. In front should be (from right to left) Dembele, Ferran, Aubameyang. With Ferran acting as a false 9 taking the opposing center backs out of the box, giving space for diagonal runs by both Dembele and Aubameyang, who have shown their goal-scoring capacity. In case this does not work, Ferran goes out for Luuk De Jong, and Pedri goes out for Adama Traore. This would change the formation to a 1-4-2-4 defense that stays the same. The midfield transforms to a 4 in attack with both fullbacks helping and a 2 when not in possession. The forwards change a lot; Traore, de Jong, Aubameyang, Dembele. formation gives the team the ability to quickly break down a very defensive team by constantly crossing the ball with Traore and being headed by one of the best headers in the sport, Luuk de Jong.

Even though Barcelona has been through a rough stretch, there is a light at the end of the tunnel. This is a club that won every title it played in a season, that went to Santiago Bernabeu and scored 5 goals, that had Messi, this is the club that had the 3 top Ballon D’or nominees in the same year, this is a club that has shown they know how to win and is on their way to doing so once again.