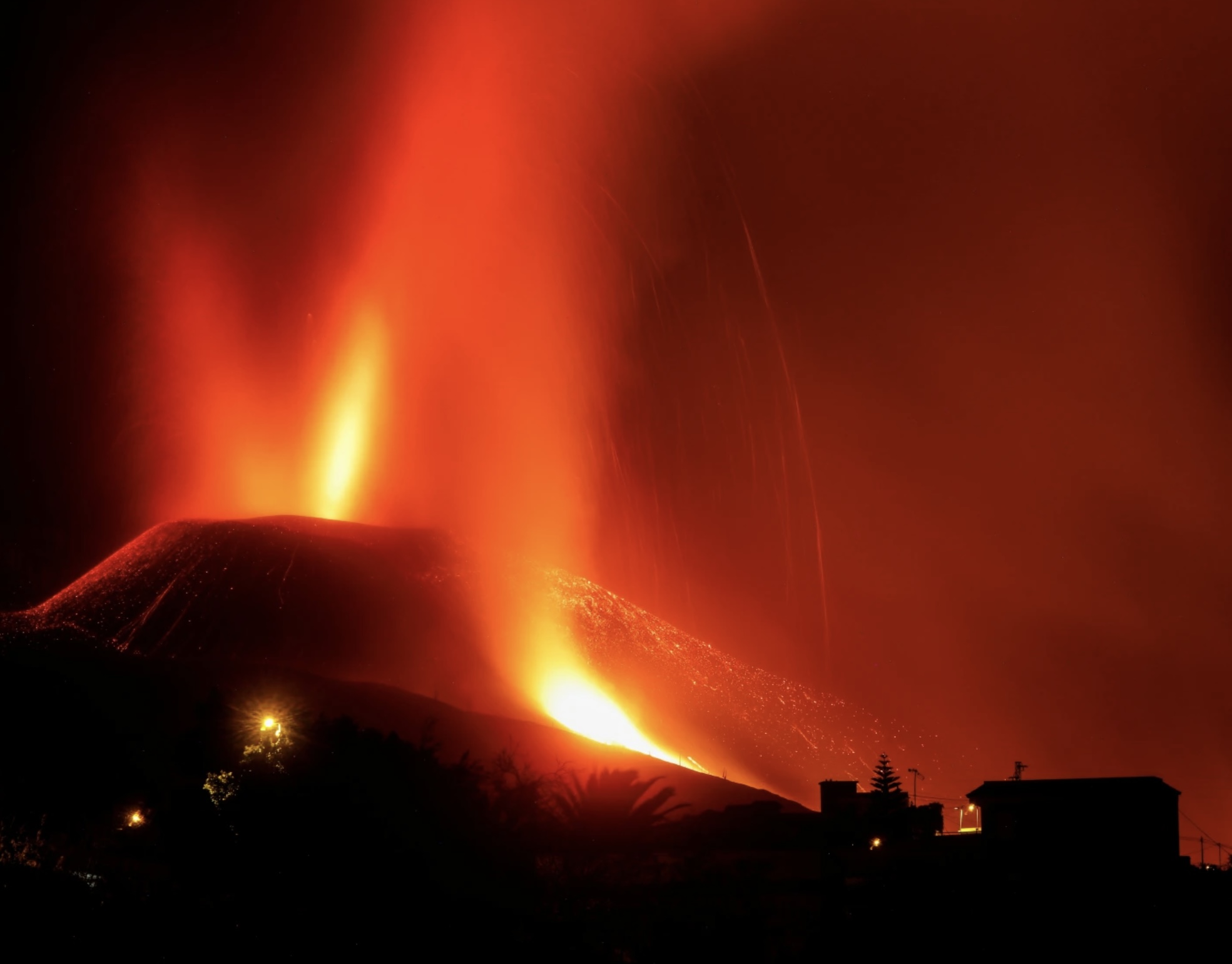 A volcano on the island of La Palma in Spain’s Canary Islands has been erupting for several weeks, forcing hundreds of people to evacuate.

The volcano, Cumbre Vieja, started erupting on September 19 and has been spewing out lava ever since. The lava flow forced hundreds, even thousands of the island’s residents to evacuate their homes and has destroyed massive amounts of property. It continued to slide down the mountainside before reaching the Atlantic Ocean on the island’s west coast on September 29, which raised fears of possible releases of toxic gases.

The eruption could last up to 84 days, according to the Canary Islands Volcano Institute. The volcano’s most recent eruption occurred in 1971 and lasted only 3 weeks. Ángel Víctor Torres, President of the Canary Islands, has estimated the cost of damage exceeding €400m ($466m). The Spanish government has since declared La Palma a disaster zone and has promised financial support for the people affected.

The lava passed through the towns of El Paraiso and Todoque, destroying nearly everything in its path. Authorities have established an “exclusion zone” to keep people as far away from the lava as possible. Among the thousands of people who were evacuated were dozens of tourists, who were taken to the nearby island of Tenerife. Some families still on the island have set up caravans for shelter just outside the exclusion zone. Farmers raced to save their crops and children can no longer play outside due to the poor air quality. Authorities have reported no injuries caused by contact with the lava or inhaling toxic gases.

The island and the volcano had been experiencing increased seismic activity before and during the eruptions and lava flow. Small tremors were felt a week before the eruption and continued to rise closer to the surface which lead to the culmination on September 19, according to data from Spain’s National Geographic Institute. Hundreds of more tremors have been felt since then with one resulting in a magnitude 5 earthquake.

The Cumbre Vieja eruption has also resurfaced a theory from an academic paper published in 2001. The paper states that the western side of the volcano has a significant chance of collapsing which could send hundreds of pounds of rock into the ocean, potentially causing a tsunami with waves up to 80 ft high that could reach the east coasts of North and South America. However, more modern simulations suggest that the waves could instead be only 3-7 ft by the time they reach the Americas. Despite all the recent activity from the island, the likelihood of a collapse remains low.