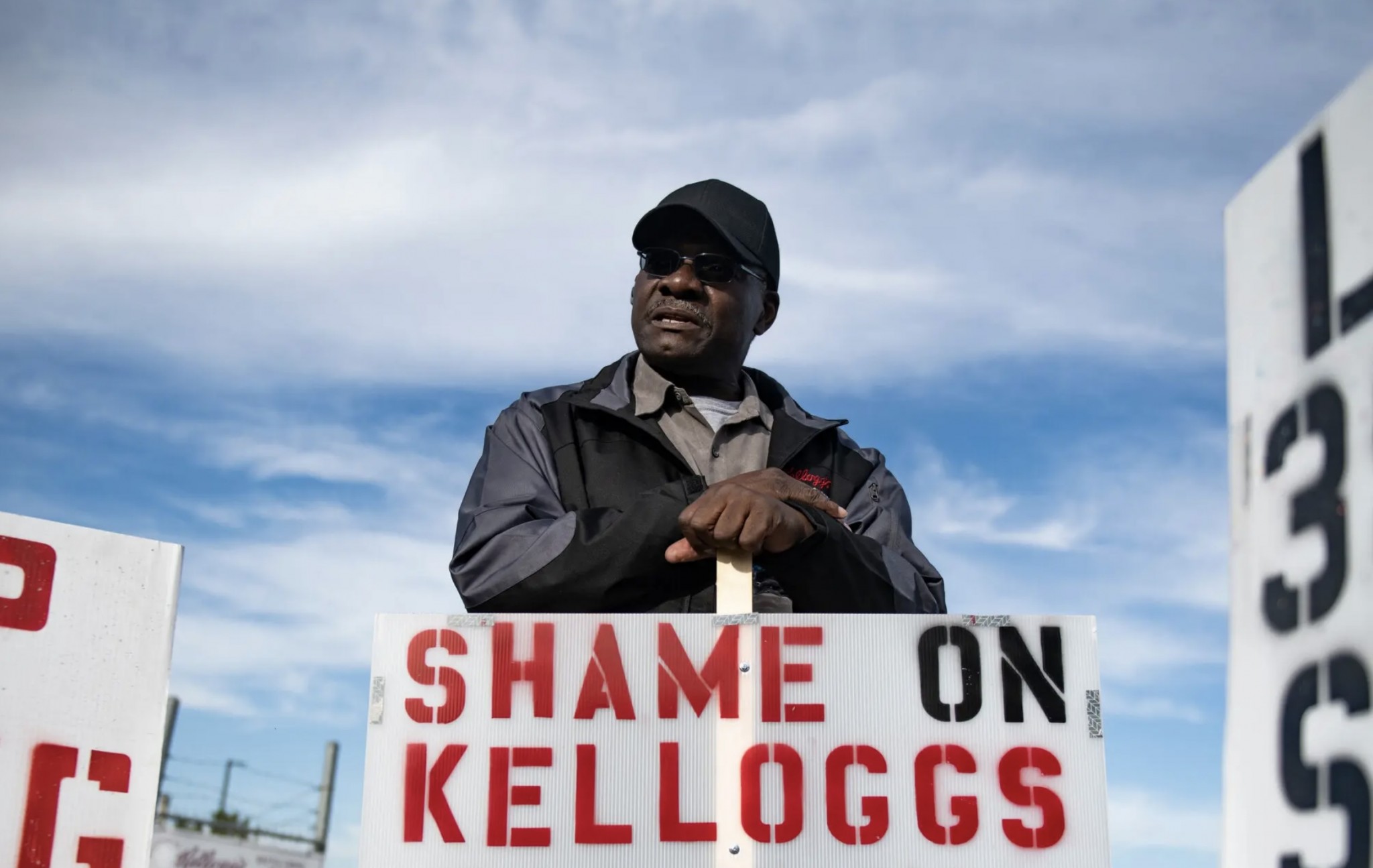 Shortly before midnight on Wednesday, manufacturing and distributing employees at a John Deere facility in Waterloo, Iowa, shut down the foundry and walked out as a form of a protest against the company’s working conditions. The foundry was already empty and understaffed when Deere started telling their employees with night shifts not to come to work. Overnight workers panicked because of the lack of jobs in the market. Three days earlier, union participants at United Auto Workers conferences in Iowa, Illinois, and Kansas had rejected a proposed settlement that removed pensions for all new hires. The rejection was a surprise both to the union-management and the company; even a number of the people who had voted no and approved a strike had been amazed by the outcome. The 10,000 people who participated in the strike are going against their employers at Deere for the first time in 35 years.

Since October 1, 2,000 clinic workers started a strike in Buffalo, New York; 1,400 manufacturing employees for Kellogg’s in 4 states; 450 steelworkers in Huntington, West Virginia; and a one-day walk off of 2,000 workers at telecommunication-focused companies in California. 37,000 healthcare employees in Oregon, California, and Hawaii, have either authorized strikes in the states or are ready to start strikes in the nearest future. 60,000 workers at film-oriented companies organized strikes and walk-outs, with 90% of the number being the members of Theatrical Stage Employees (IATSE) who also participated in massive labor strikes.

Compared to the strikes in the 1940s, today people have become more radical in terms of their political standpoints. As a result, they no longer need to just accept negative operating conditions. Though, compared to the 1940s, labor unions and labor strikes are not as organized. With traditionally low tiers of union density, unions play an interesting role, however, they’re not the main action initiators anymore. What we’re seeing now could be a decade of development of strikes of “essential” people, a new class of people rising from the coronavirus pandemic, call for their bosses to meet their needs. Essential workers are not the only ones who are experiencing a major shift in labor. Even Wall Street analysts predict that the strikes will not go away anytime soon, unless the essential workers, after two years of being overworked and underpaid during the lockdown, have their employers meet their needs. Thousands of workers across the U.S. are on strike, demanding better wages, better working conditions, and more benefits.