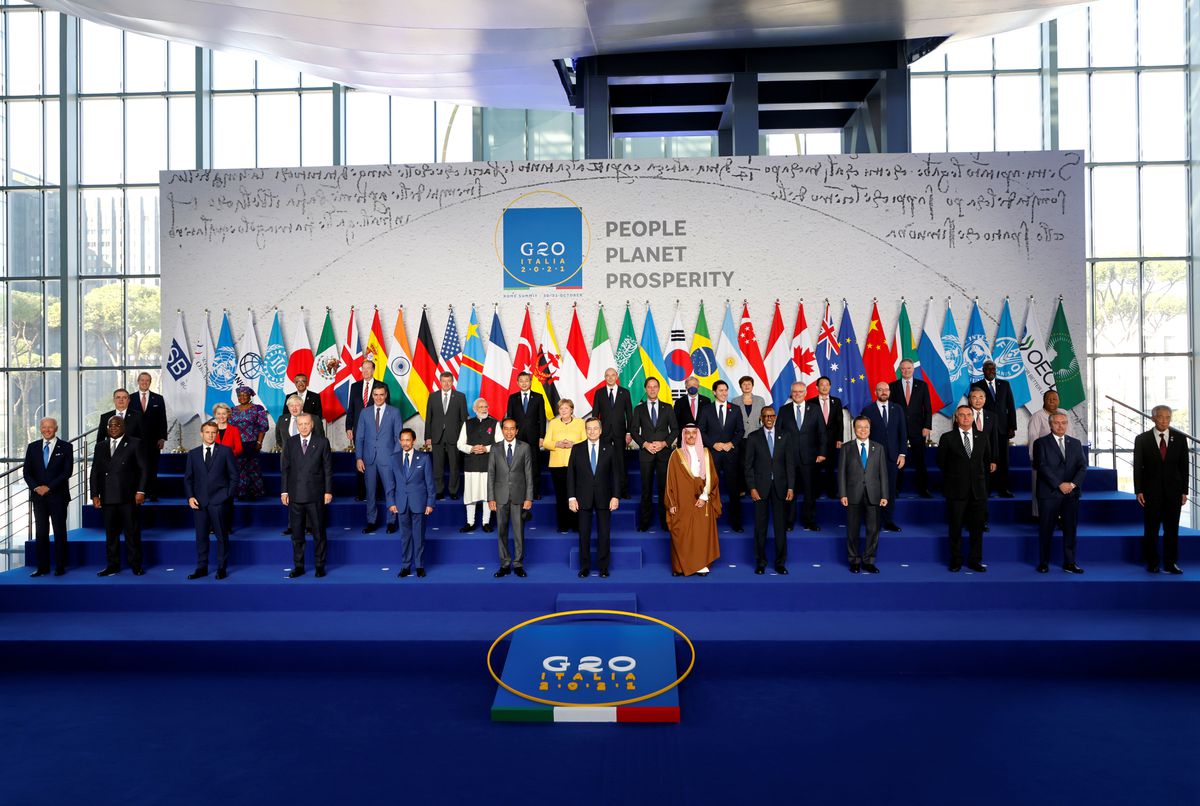 President Joe Biden and three of his European partners said in a joint statement on Saturday that they’re certain that the Iran atomic arrangement can be reestablished in spite of its slow down over the mid-year.

In a joint statement that came following a conversation between Biden, United Kingdom Prime Minister Boris Johnson, French President Emmanuel Macron, and German Chancellor Angela Merkel at the G20 in Rome, the leaders said they are “convinced that it is possible to quickly reach and implement an understanding on return to full compliance” of the Iran nuclear deal.

The conference came one day after the US forced new sanctions on Iran because of its drone program and a week after Tehran declared it would get back to atomic discussions in Vienna. The Iranian nuclear deal, referred to as the Joint Comprehensive Plan of Action, was abandoned by the US under Trump. Moreover, discussions about reviving the deal in Vienna were suspended in late June after six rounds between Iran, China, Germany, France, Russia, the United Kingdom, and the United States.

During the discussions, the leaders “agreed that continued Iranian nuclear advances and obstacles to the IAEA’s work will jeopardize the possibility of a return to the JCPOA.” The leaders added, “We are convinced that it is possible to quickly reach and implement an understanding on return to full compliance and to ensure for the long term that Iran’s nuclear program is exclusively for peaceful purposes.”

The leaders said Iran’s decision would “provide sanctions lifting with long-lasting implications for Iran’s economic growth.” “This will only be possible if Iran changes course,” the leaders wrote, addressing Iran’s new hardline leader: “We call upon President (Ebrahim) Raisi to seize this opportunity and return to a good faith effort to conclude our negotiations as a matter of urgency. That is the only sure way to avoid a dangerous escalation, which is not in any country’s interest.”

US authorities recently demonstrated they need to get back to negotiating by the end of November 2021. Before the conference, when a journalist asked Biden a question regarding the new beginning of the US-Iranian negotiations, the President said: “They’re scheduled to resume.”

A senior organization official later explained Biden’s comments, saying “there’s not a date” for the discussions to continue. Although, the incentive to continue them definitely exists. “What he was referring to was the Iranians and the EU, from a couple of days ago, has indicated that the talks will begin before the end of November, and we would like them to begin as urgently as possible,” the officials told the journalists and reporters during another conference in Rome.