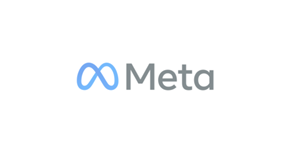 Some grew up with MySpace, some grew up with Facebook, and now Facebook Meta wants the next generation to grow up with the Metaverse. On October 28th, Facebook officially renamed itself Meta and will trade under the ticker MVRS on the NASDAQ starting December 1st. Many have drawn comparisons to Google changing its name to Alphabet in 2015.

The company stated that the name change is to reflect its mission of connecting people through a groundbreaking new medium. The Metaverse will be an augmented 3D virtual world where people can “go to” work, school, gym, and even into video games.

Starting in Facebook’s next earnings release, its operations will be divided into two segments. Family of Apps will encompass all of Meta’s social media platforms (Facebook, Instagram, and Whatsapp). Its hardware division will be reported under a breakout segment named Reality Labs.

CEO Mark Zuckerburg has lofty goals for the upcoming decade. In a Founder’s Letter, he stated that the Metaverse will reach 1 billion people and host hundreds of millions of dollars of digital commerce.

However, it is important to take a step back and remember Meta has been moving in this direction for over five years, and Meta was quick to disclose that the name change does not correspond with any changes in how it collects, uses, and shares data.

It bought Oculus in 2014 and the launch of Facebook Marketplace in 2016. While many suggest the name change reflects management’s confidence in the commercial application of the technology, some suspect the move is a PR move to separate its hardware division from the Facebook name.

The fallout of Cambridge Analytica kickstarted a multi-year period of negative public sentiment towards the social media giant. Even now, the recent leaking of internal documents detailing the company’s knowledge of how its platforms create societal harm has been dubbed ‘The Facebook Files’.

In addition to its PR troubles, Meta is not the only player in this space, with stiff competition coming from Microsoft, Apple, and Google. However, it seems to have made the most progress, leading the pack with multiple wearable devices and several in its pipeline.