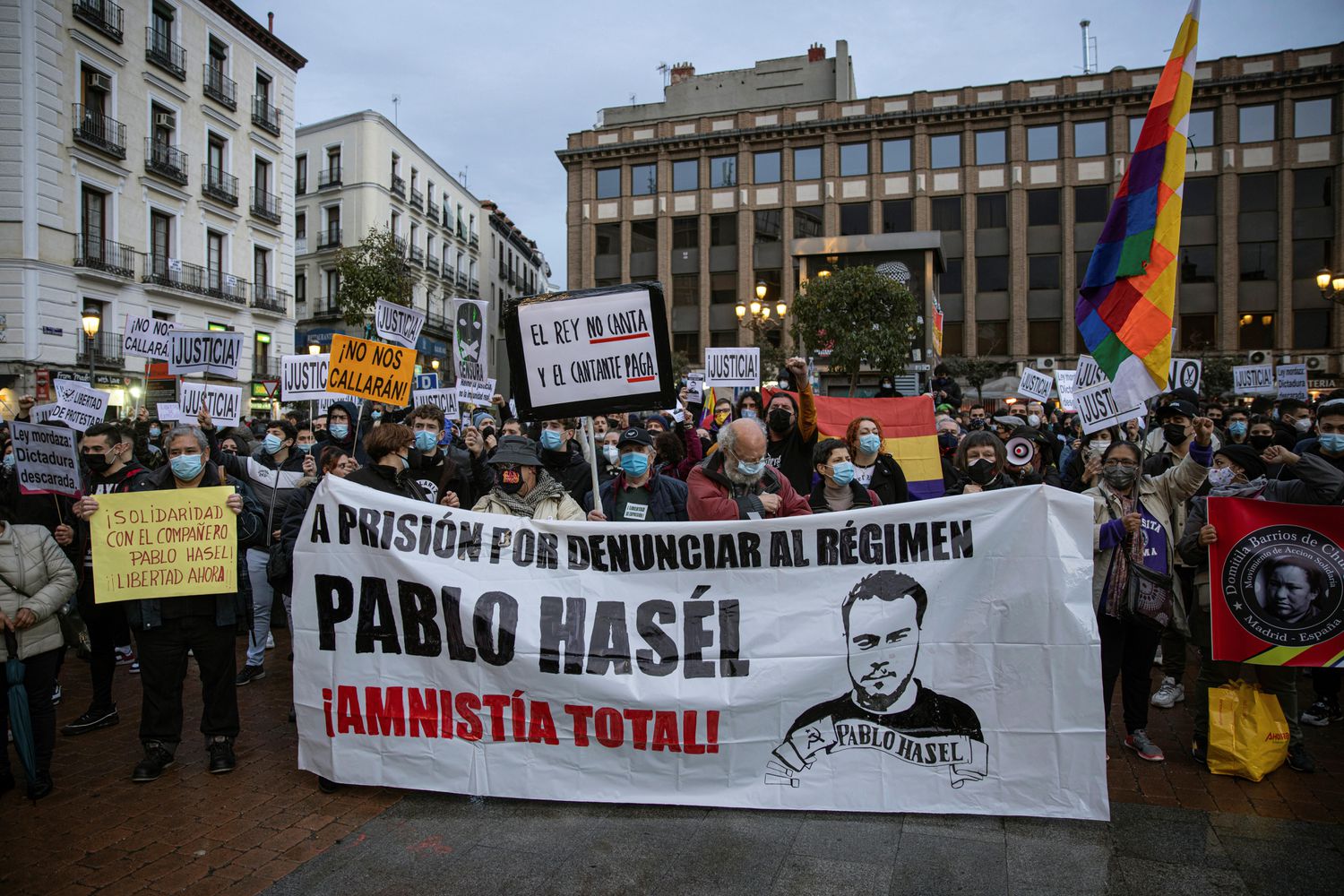 The recent arrest and jailing of a Spanish rapper has left Barcelona in a state of violence and unrest and has even sparked debates over freedom of expression.

Pablo Hasél, a native of Catalonia, was arrested on Feb. 16 and convicted for his lyrics and tweets supporting terrorism and insulting the Spanish monarchy, even going as far as comparing Spanish judges to Nazis. This has since caused the citizens of Barcelona to erupt in protests, sometimes becoming violent, with protesters smashing the fronts of shops, wrecking police vehicles, and throwing glass bottles at police officers. Many people have been injured and dozens have been arrested, including ten for assaulting police officers in Barcelona. Mossos d’Escuadra, the Catalan regional police, had even issued warnings to other citizens of the Barcelona area, telling people to avoid the areas where the protests were the most prominent.  Madrid has also seen protests but were instead more peaceful, with crowds chanting “Free Pablo Hasél!” while being watched by heavy police presence. Further protests have been seen in other Spanish cities such as Cordoba, Seville, and Santander. Multiple attempts at calls for peace and an end to the violence have been made. Ada Colau, the mayor of Barcelona, made an appeal saying: “Defending the freedom of expression doesn’t justify in any case the destruction of property, frightening our fellow citizens, and hurting businesses already hurt by the crisis.” José Luis Martínez-Almeida the mayor of Madrid, tweeted: “The violent and those who do not accept the rules have no place in our society.”

Police made the arrest after barging into a university building in Lleida, Hasél’s hometown, where he had barricaded himself. Hasel had received a nine-month prison sentence in 2018 for his tweets, which were posted between 2014 and 2016, and was only recently arrested for failing to meet a deadline to turn himself in. The rapper’s tweets and lyrics were seen as a violation of Spain’s 2015 Public Security Law, which essentially outlaws any speech that praises terrorist groups or insults the Spanish monarchy. After the arrest, people across the country had called this law into question, claiming that this “gag” rule, a term used by critics, puts limits on their freedoms of speech and expression. Many Spanish celebrities are becoming involved, with names such as film director Pedro Almodóvar and Hollywood actor Javier Bardem signing a petition for Hasél’s release. In response to the backlash, the Spanish government has announced that it will be making changes to the law and its penalties, but whether or not it will affect Hasél is not yet clear.