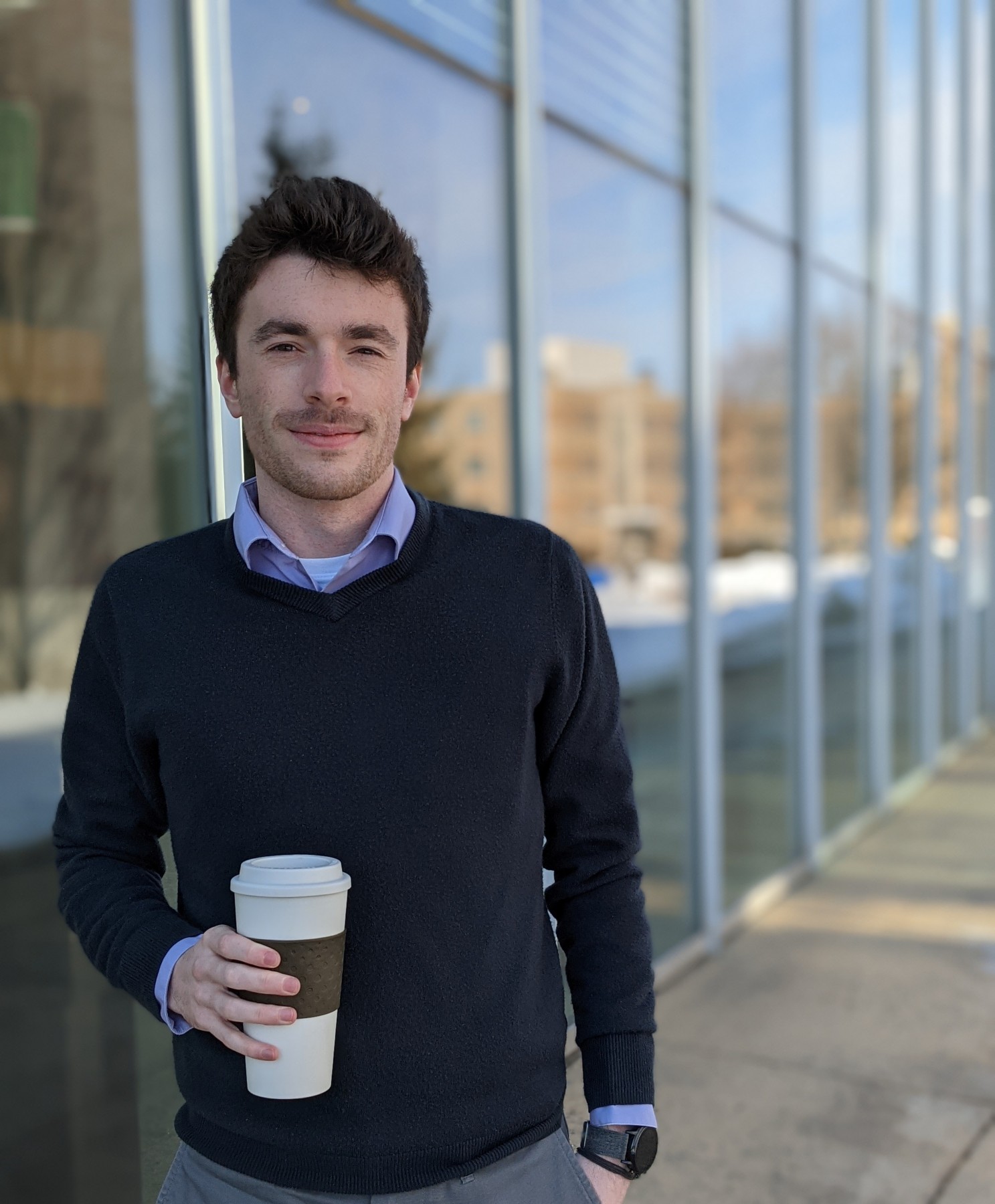 Connor Paradis is a senior in the Stillman School of Business from Lebanon, Maine. The Stillman Exchange reached out to Connor recently to hear about his experience interning for QueensGiant.

Q: What is the internship that you are doing? What are some of your responsibilities?
A: I am working as an investment banking analyst at a small firm called QueensGiant, named after the legendary 450-year-old tree in Alley Pond Park in Queens. While I find myself picking up new tasks and responsibilities all the time, the core aspects of my work are designing and crafting marketing materials, stratifying and analyzing data, and coordinating both internal meetings as well as meetings with clients.

Q: Why did you decide to work for QueensGiant?
A: When I was searching for positions for the spring semester, the offer from QueensGiant was far and away the best I received. Out of a few other options I had, QG was the most interesting, the most challenging, and would help me grow the most. And if that wasn’t enough, it was the only opportunity I had in which I truly believed and bought into the company vision and brand. There’s no way you’ll stay motivated enough to succeed if you don’t buy into the vision of smaller and younger companies.

Q: How did you go about finding and obtaining this internship? Why did you apply to this one specifically?
A: A professor I had a few years ago now works as the principal banker at QG. I recalled him mentioning the company a few years back, and figured I’d see if anything was possible. Luckily, I was smart enough a couple years ago to show up to class early, dress decently, sit in the front row, and pay attention. Those things go a long way in helping you stand out to the right people.

Q: What was the most valuable skill you have developed from your experience?
A: That’s a great question. Of course, refining my data analytics skills, PowerPoint designs, and even just communication skills has been extremely beneficial. But without a doubt the greatest improvement I’ve noticed in myself is just my confidence. For context, I’m from the state of Maine. There are no investment bankers in Maine. I’d be lying if I tried to tell you I never questioned whether I was capable of working in the industry. The learning curve was and still is steep, but after growing so much through just the first few months, I’ve realized that I shouldn’t have doubted myself so much. At this point, I really do believe the sky is the limit.

Q: How was learning in a work environment different from working in a classroom?
A: Naturally, being immersed in something helps you learn a lot faster. I think of it like boxing: if we were in a classroom, and you told me the trick is to not get punched in the face, I’d understand. But if we’re in the ring and you punch me in the face, I’ll take that lesson much more seriously. My work is the same deal. It’s nothing new, but now I’m in the ring. There’s no more talking about getting punched in the face, I just better duck.

Q: What is the company culture like?
A: Oh, man, I love it. In terms of the culture among the analysts, I’d describe it as the most loving pack of wild dogs on the planet. When we get a new deal, a new set of data, a new project, or anything, we absolutely attack it. Just a crazy group of go-getters. We hold ourselves and each other to super high standards. Like, we’ll be finishing up a slide deck and someone will say “hey, that picture would look better 3 pixels to the left” or “we should add a shadow to that shape”, and all of those miniscule changes will bring the project to a whole new level. I’ve never worked with people who took so much pride and ownership in what they do, and that relentless desire to be better is infectious. Our executives definitely support that culture. It’s never “that’s bad”, but rather “we can make this better”. And putting our personal ambitions together brings us all up higher. It’s a really great team to be part of.

Q: What were some skills that you learned at Seton Hall that you used in your internship?
A: I really view it as the culmination of everything I’ve learned at Seton Hall. I’ve actually emailed professors to tell them about things that have helped me from their classes. I’ve talked to clients from England, Spain, Estonia, India, all over the place, and I emailed a professor who recommended a book about cross-cultural communication to say how much it’s helped and how much I’ve already applied from that book into my work. It’s really been a little bit of everything. Even stuff I learned in BITM freshman year has helped. I was just recently sorting some data with the other analysts, and while they were all trying to craft fancy formulas in Excel, I just ran queries in Access, and they were all shocked at how quickly I was doing everything (Thanks, Professor Domingue!).

Q: What advice would you give to students who are actively searching for internships?
A: I think the only advice I can give anyone is to be patient. There’s a song lyric I like that goes “before I hit a home run, I swear I had a thousand strikes”. That’s certainly true in my life. I have applied to hundreds of internships over the course of my four years before this finally worked out for me. I’m a bit providential in the sense that I really do believe the right things are in store for everyone. I used to question why I wasn’t getting interviews or positions when it seemed that others were, and that was very difficult. But if any of those doors had opened, I wouldn’t have kept walking down the hallway.

Q: What is next for you in your career? Did your internship experience help guide your future career goals?
A: I hope to stay at QueensGiant for a while. While I’m young, I think it’s a great time to see if I can grow along with the company, which would bode well for my career on multiple fronts. Certainly, there is some risk involved with that, but the upside, in my opinion, is definitely worth that risk. I believe in the brand and vision, and I’m having the time of my life working with such fantastic people. It’s taken a long time to get here, but I love where I am, and I’m determined to work hard so I can keep going in this direction.