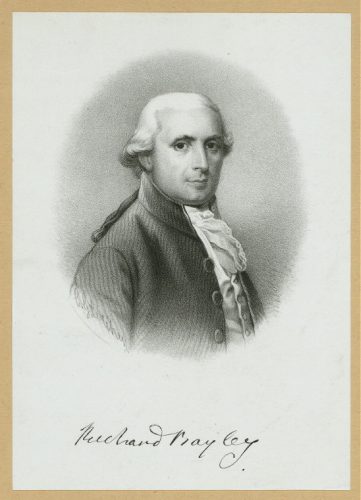 From The New York Public Library, The Miriam and Ira D. Wallach Division of Art, Prints and Photographs

Here are some brief highlights of Dr. Richard Bayley’s life:

1772 – Bayley  began a medical practice in NYC with his  brother-in-law Dr. John Charlton

1776, July 12 – Bayley returns to America from England in Admiral  Lord Richard Howe’s fleet as British surgeon, disembarking at the Watering Place. Richard Howe’s fleet joined the fleet of  General William Howe, the Admiral’s brother and Commander of the British armed forces, to form the largest naval armada ever gathered prior to the allied forces on the D-Day invasion at Normandy.  In late August of 1776 the British forces landed at Gravesend Bay to begin the first major battle of the American Revolution – the Battle of Brooklyn (also known as the Battle of Long Island).

1776 -Bayley is stationed in Newport, Rhode Island as hospital surgeon and therefore probably did not participate in the Battle of Brooklyn. At Rhode Island  he treats American patriot prisoners of war.

1777 – Catherine Charlton Bayley dies. Bayley resigns from his military post and returns to his medical practice focusing on the poor of the city.

1783, November 25,  Evacuation Day –  the British troops depart  New York City and the Watering Place marking the end of the Revolutionary War.  Many American loyalists leave too, but Bayley decides to stay in America.  Although he was accused of “experimenting”  with  Patriot prisoners of war while serving the British crown in Rhode Island, several prominent patriots and friends from the New York society elite come to his defense. His prestige as a physician and surgeon  helps his case too.  He stays.

1788, April 13 & 14 – A mob of New Yorkers fearing that medical students studying under Dr. Richard Bayley were robbing graves  for  dissection material attacked Bayley’s  laboratory  at New York Hospital and destroyed all of his valuable anatomy specimens.  This event, perhaps the first public riot of the newly formed United States, is known as the Doctor’s Riot .

1790– Bayley  is senior physician of the newly formed New York Dispensary for the care of the poor.

1792 – Bayley is appointed Chair of Anatomy at Columbia College (and Chair of Surgery the following year).

1798 – Bayley publishes “An Account of the Epidemic Fever which prevailed in the City of New York during Part of the Summer and Fall of  1795”.  In this book he makes the distinction between contagious and infectious disease and argues correctly that Yellow fever is not contagious, but infectious. Although he was incorrect on his conclusion that Yellow Fever was solely of local origin rather than imported from by the incoming ships (“murderers of our own creating”), several important sanitation efforts were implemented in the city as a result of Bayley’s views.

1799 – Bayley, author of the Quarantine Act, opens the Quarantine Grounds and Marine hospital  at the Watering Place. Bayley spends much  of his time caring for the immigrants and sailors arriving at New York Bay. Many of the ship passengers are sick with infectious diseases.

1801, August 17 – Dr. Richard Bayley dies in his home on the Quarantine Grounds from an infectious disease that he likely contracted while caring for the immigrants. He is buried in the St. Andrews churchyard on Staten Island. 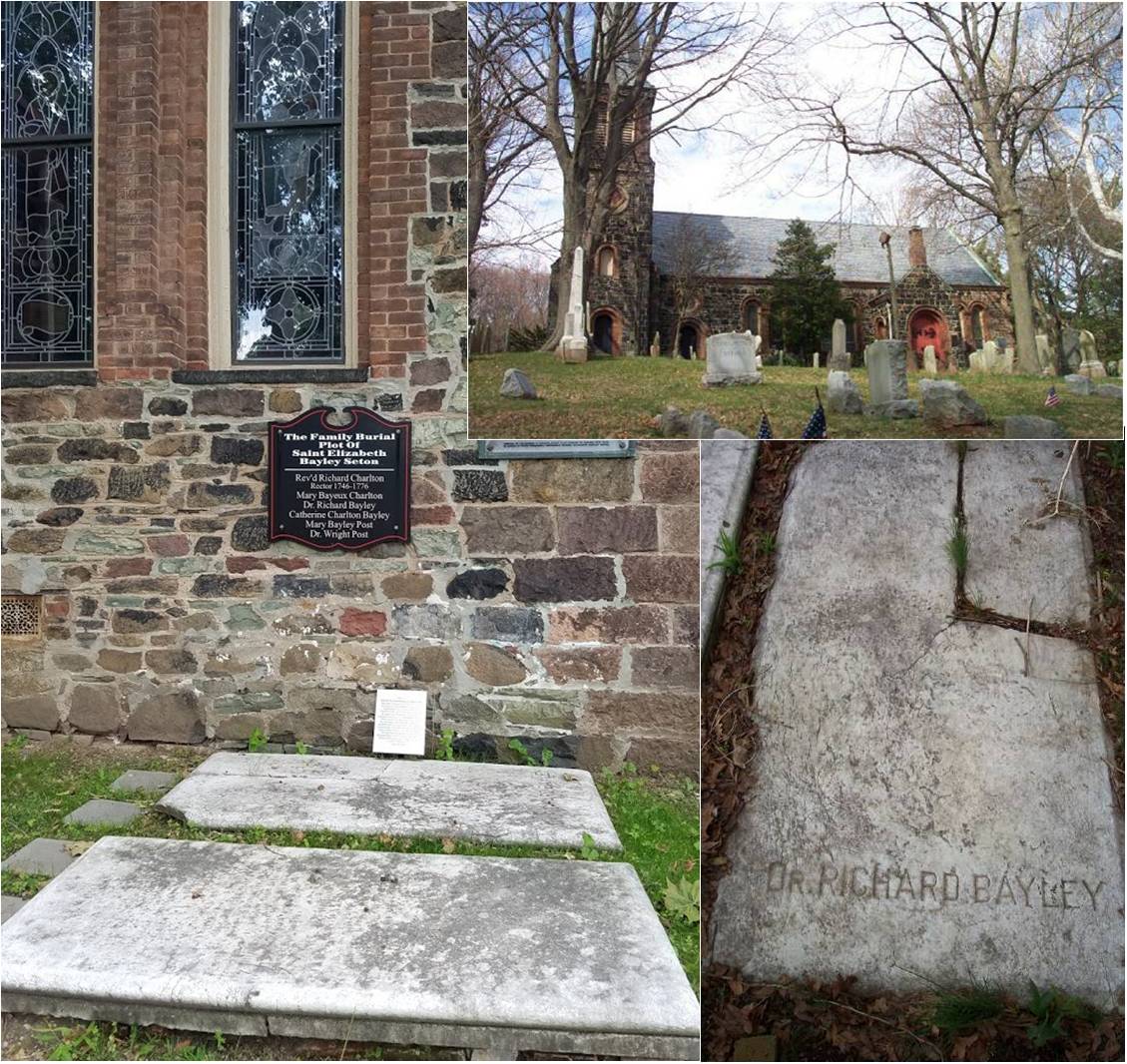 St. Andrew’s Church, Richmondtown, Staten Island, NY. Burial place of Dr. Richard Bayley and other members of his family. His daughter, Saint Elizabeth Ann Seton, is buried in Emmitsburg, MD. The inscription that was once visible on Dr. Bayley’s tombstone read: “In memory of Doctor Richard Bayley of New York. Who, after practicing the various branches of his Profession, with unwearied diligence and high reputation for 30 years in that City, projected the plan, and for 5 years conducted the operations of a Lazaretto on this island. Intelligent in devising and indefatigable in pursuing plans subservient to the cause of humanity, he continued to guard the public health with persevering industry, and in the midst of danger, to perform with invincible fortitude, the hazardous duties of Health Officer, until in discharge of this important trust, he was seized with a malignant fever to which he fell a lamented victim, and thus terminated a life of great usefulness, on the 17th day of August 1801, aged 56 years. ” The tombstone inscription is from W.T. Davis (1925) The Church of St. Andrew’s Richmond, Staten Island: Its History, Vital Records and Gravestone Inscriptions, page 197. The  left image of the collage was taken June 2016 by Michael Vigorito and the two other images are older from Findagrave.com.