Basketball star Anne Donovan returns to her New Jersey roots to coach at Seton Hall. Basketball legend Anne Donovan is a Hall of Famer, winner of two Olympic gold medals, a successful WNBA coach for 14 seasons, and Seton Hall‘s new women‘s coach. But 35 years ago — as a freshman at nearby Paramus Catholic… 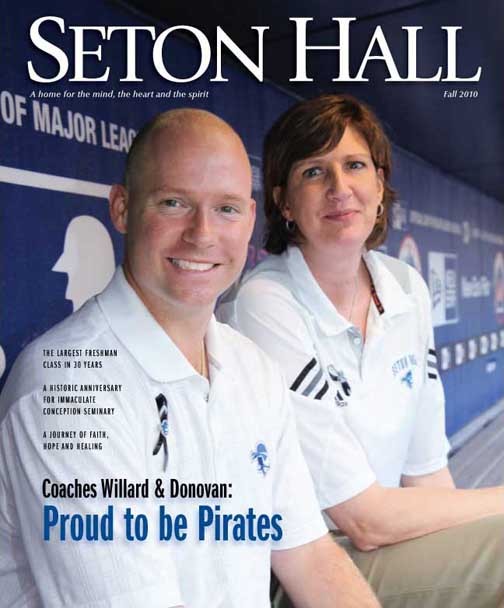 Sports at The Hall This issue of the alumni magazine introduces the two new basketball coaches, Kevin Willard and Anne Donovan, to the Seton Hall community. Caribbean Quest A team of graduate students heads to Trinidad each summer to help and evaluate disabled children in a country where access to this kind of care is…

2010 winter_spring magazine Along for the Ride When a team of Seton Hall alumni joined the launch of Shadow Traffic in 1979, they helped transform the dreaded morning commute. In Your Words Monsignor Robert Sheeran ’67, S.T.D., tells incoming students that each day they spend at the University, they write a book that captures their…

END_OF_DOCUMENT_TOKEN_TO_BE_REPLACED
Comments closed
Along for the Ride

When a team of Seton Hall alumni joined the launch of Shadow Traffic in 1979, they helped transform the dreaded morning commute.

The work of Dr. Sudhansu Chokroverty, a professor of neuroscience in the School of Health and Medical Sciences, sheds light on the mysterious mechanisms of sleep.